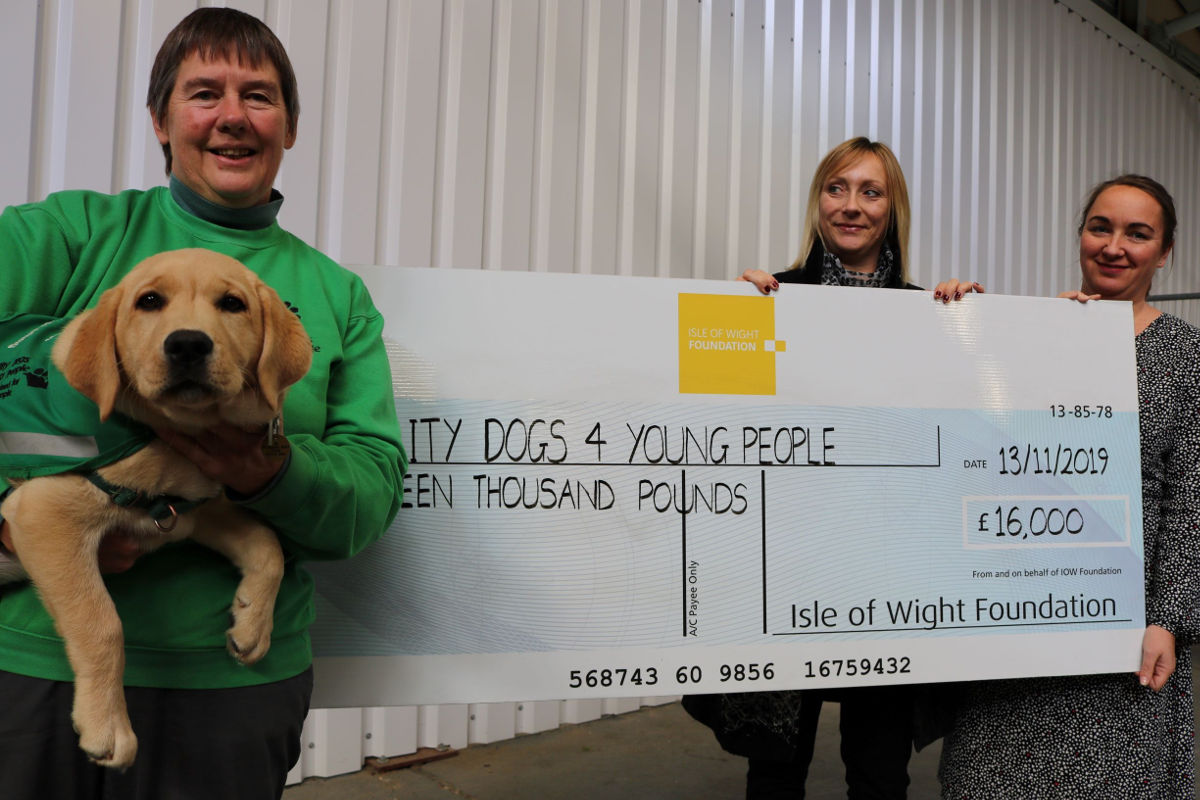 A £16,000 cash grant from the Isle of Wight Foundation will quite literally give a very welcome lift for the Island’s Ability Dogs 4 Young People charity.

The Foundation – made up of the partners behind Island Roads – has donated the money so a wheelchair accessible lift can be installed at Ability Dogs 4 Young People’s training centre in Sandown.

Fully accessible
The lift will make the two-storey training centre fully accessible to the charity’s 70-plus volunteers and staff. This in turn will help the charity deliver its unique service training assistance dogs (Ability Dogs) to help young people and children with physical or mental disabilities (or both), including cerebral palsy, autism and epilepsy.

The charity also helps over 200 youngsters with its Paw 4 U sessions and Therapy Ability Dog visits to special schools and units.

Since 2014, nearly half a million pounds has been given to such causes.

“Colleagues have been supporting Ability Dogs 4 Young People since they were voted our staff charity of the year for 2018.

“I am delighted that the Isle of Wight Foundation has continued their support and I look forward to helping the charity to develop the fantastic work they do in reducing social exclusion on the Island.”

“Improving our training centre to a level expected these days will enable us to welcome and therefore help more youngsters with disabilities.

“As we grow, we would like to provide many more open sessions, vastly increasing the number of disabled young people we support.”

Ever since I was wee, I’ve always liked Labrador dogs and seeing one in the subject photo just warms my heart.
It is also good that £16.000 was raised for this charity.