Run in conjunction with WightAid, those taking part in this year’s Ghost Runner took in five kilometres of muddy trails around the forest. 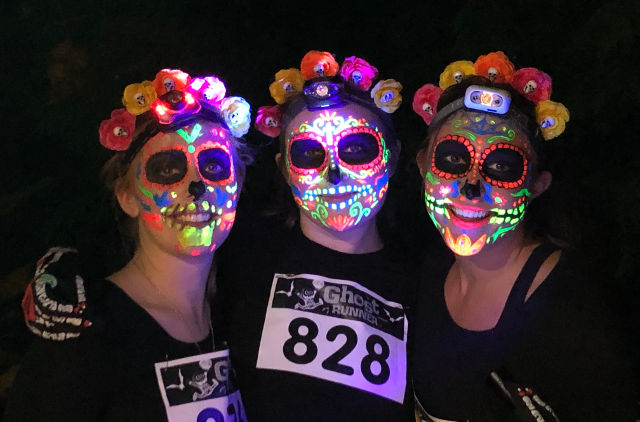 Almost 200 intrepid runners took on a spooky charity fun run on a wet and blustery Friday evening around Parkhurst Forest.

Now in its fifth year, the Ghost Runner was this year run in conjunction with local charity Wight Aid and took in five kilometres of muddy trails around the forest.

Fancy dress was actively encouraged, and spot prizes were awarded before the start for the organiser’s favourites.

“We had the worst ever weather this year, but we had the biggest turnout, the best fancy dress and the best atmosphere – the spirit of the competitors was incredible and we are already looking forward to next year.”

Runners crossed the finish line to receive a bespoke medal, and to a light supper served from the forest office by Wight Aid.

Plans are already in place to stage the sixth edition of the event in October 2020.