Well done that man! Wightlink boss said he was sure the man would have died from hypothermia if he had not been spotted by the crew and rescued. 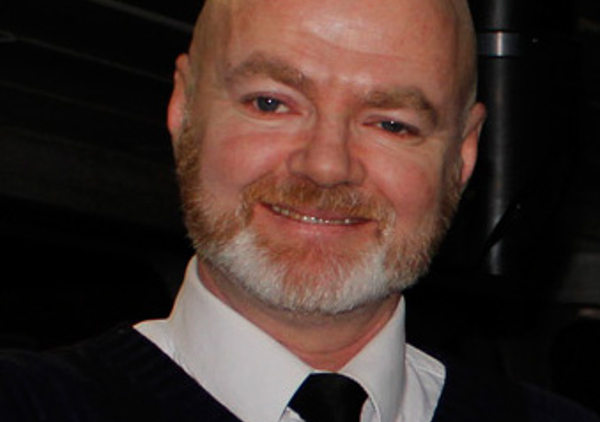 The crew of Wightlink’s ferry St Clare took prompt action to rescue a man spotted in the water near the vessel in Portsmouth Harbour just after 11:00pm on Saturday 3 February 2018.

The ship was at its berth at the Gunwharf car ferry terminal and preparing to sail at midnight to Fishbourne on the Isle of Wight.

Crew on the car deck immediately threw a life ring in his direction but the man could not reach it so Deck Officer Steve Chamberlain jumped into the water to save him from drowning.

He was taken to the pontoon in Broad Street, Old Portsmouth where paramedics and police were waiting and taken to Queen Alexandra Hospital.

Steve Chamberlain returned to the terminal where ticket office staff had blankets and warm clothing ready. He was also taken to hospital for a check-up but released at 2.00am.

Chamberlain: “I just acted instinctively”
Steve lives in Portsmouth and has 20 years’ service with Wightlink and five years with the Royal Navy. He says:

“I just acted instinctively when we saw the man wasn’t able to get into the life ring. We carry out emergency drills all the time but it’s different when it’s happening for real. Getting the man to safety was team work and I’m grateful to my fellow crew members for their support.”

“We are very proud of Steve and his colleagues for acting so promptly.

“It was a cold winter’s night and I’m sure the man would have died from hypothermia if he had not been spotted by the crew and rescued by Steve.”

Well done Steve and all the crew.
Nice to hear a positive story.
Hope the man recovers quickly.