40 brave souls swam the Solent for charity, one with a broken arm

Forty people swam from Hurst Castle to Colwell Bay on Saturday morning. The annual swim is the biggest fundraiser of the year for West Wight Sports & Community Centre. 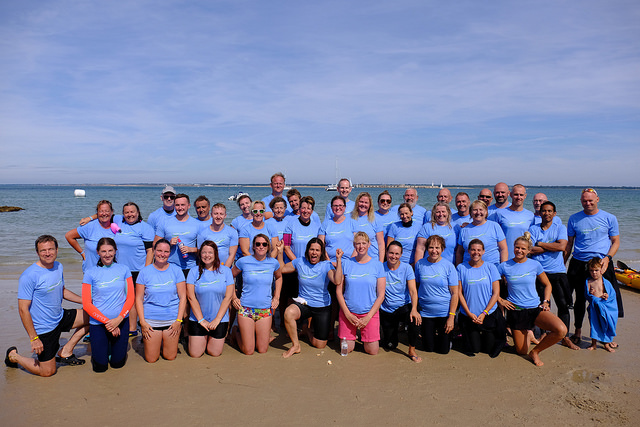 The annual swim is the biggest fundraiser of the year for West Wight Sports & Community Centre. The charity centre receives no funding from local government and is a vital hub for the West Wight community and Island as a whole.

8am start
Swimmers left Yarmouth just before 8am by boat to Hurst Castle and swam back to the Island supported by a team of 28 kayakers who buddied with the swimmers. They were also backed up by a flotilla of boats and the Freshwater Bay Independent Lifeboat. 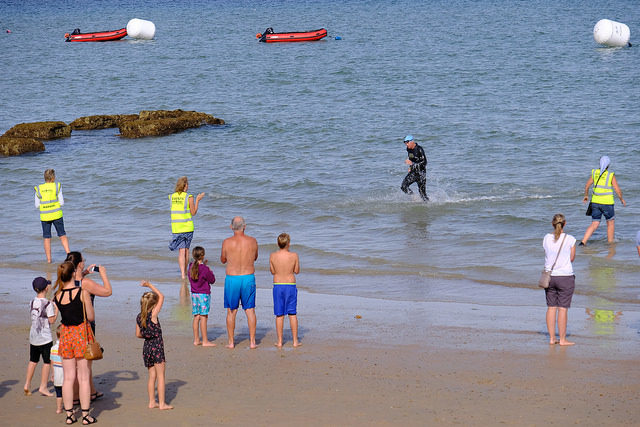 Mark Turner, one of the original West Wight Swimming Club members lead the swimmers and crossed the Solent in less than 30 minutes, arriving at Colwell Bay to a carnival atmosphere with hundreds of family members, friends and supporters.

“West Wight Sports and Community Centre is a really important centre for both sport and the community. This event is vital in raising funds.” 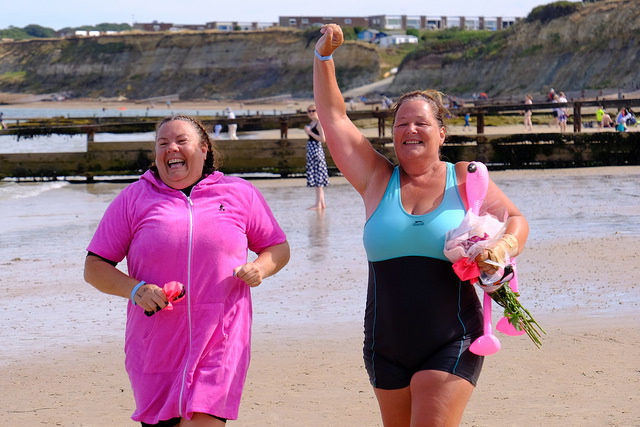 Swam with broken arm
Swimmer, Claire Gardner, who broke her arm just two weeks before the swim spoke of her joy:

“I originally pulled out of the swim when I broke my metacarpal, but I had been training since January with my friend so decided to still do it. I am so proud that I did it, it was absolutely amazing!”

First year of swimming
Another swimmer, Helen Gibbs, who only learnt to swim this year said:

“I felt really looked after during the whole event. The kayakers and boats made sure we were safe as we crossed the busy Solent waters and the event team just did an amazing job at organising everything.

“It was tough to do but I would recommend this event to anyone!”

Money raised goes towards keeping West Wight Sports & Community Centre running. If you would like to donate or are interested in next years’ swim, please visit the centre’s Website.

2 Comments on "40 brave souls swam the Solent for charity, one with a broken arm"

Well done everyone. I wish we had been there to see you all on Colwell beach. What an achievement.

I think this is great and made possible by all the support craft. However I have always been led to believe that this would be incredibly dangerous to do on your own due to tidal currents.