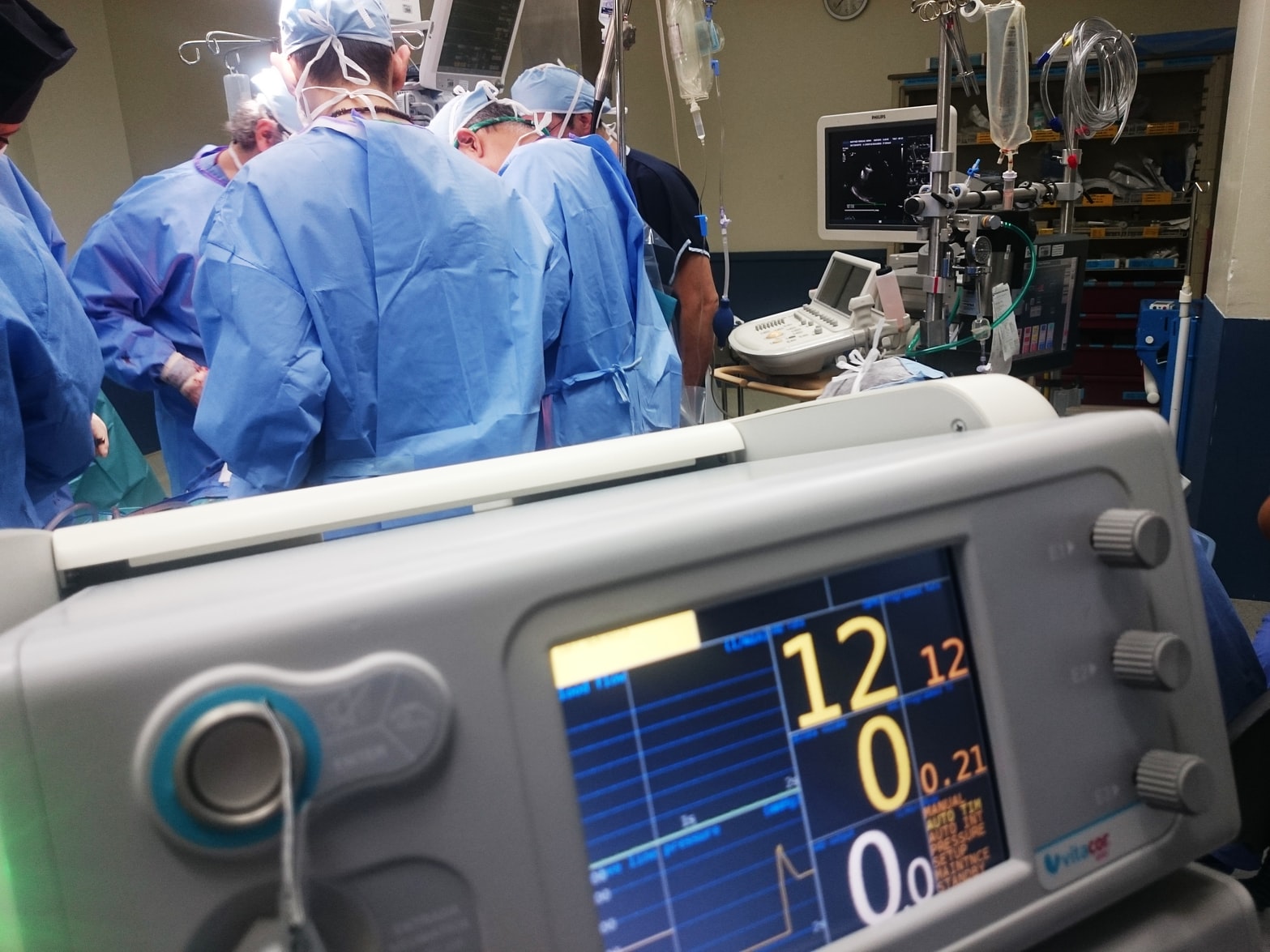 Sixty five per cent of patients offered privately-provided operations on the mainland have turned them down, the Isle of Wight NHS Trust has reported.

With a backlog of over a year for some orthopaedic surgery, private mainland surgery was seen as a way to clear the flow, but many Islanders are saying no to going across the water.

“While we have the significant backlogs and all of the capacity we could use on the mainland to treat patients, it is going to continue to cause congestion and delay treatment for those patients who are unable to access care on the mainland.”

Majority reject the offer
More than 400 patients were asked whether they would like private treatment and while some have taken up the offer, the majority have rejected.

Size restrictions of St Mary’s operating theatres mean restoring its services to full capacity was going to be ‘quite difficult’ as suites could not be divided into emergency and elective theatres.

Reduced IW capacity
Theatre capacity for inpatient procedures is up to 66 per cent, with day cases at 77 per cent, and while other measures have been implemented including operations later in the day and on Saturdays, the private sector was one of the main hopes to clear the backlog.

As of August this year, 454 people on the Island were going to have to wait over 52 weeks for operations, which is causing great concern for the trust.

52-week wait
People facing a 52-week wait are mainly patients needing hip or knee replacements — with most of those unable to go to the independent sector due to other conditions and mobility issues, meaning they would not be accepted for private treatment.

Mr Smyth said that in particular was going to be ‘a difficult nut to crack’.

Reintroduction of other services
Other services are being restarted within the trust after their suspension and reduction due to Covid-19, following the approval of a financial package at September’s trust board meeting.

In endoscopy services, Saturday lists have been introduced and capacity stands at 118 per cent compared to last year, which means it is able to meet current demand as well as starting to clear the backlog.

Strict infection, prevention and control measures are still in place at the hospital to stop the spread of coronavirus as cases are starting to rise on the Island.

Image: Natanael Melchor under CC BY 2.0

newest oldest most voted
Alternative Perspective
I guess we are talking about the kind of operations that normally would be undertaken by St Mary’s. It is easy to understand the dilemma for many islanders desperately awaiting treatment, do they take up the offer and in doing so weakened our island hospital as yet more and more services migrate to the mainland? Personally, I would rather see some serious investment going into our one… Read more »
Vote Up35-11Vote Down
greenhey

A few years ago I broke my neck and after first being admitted to St Marys it was clear I needed to go to Southampton General . I had surgery there and weeks of recovery before they suggested I completed my recovery at St Marys . The care at St Marys was amateur to say the least and potentially dangerous.

If you need treatment you’ve got to take it up surely or waiting lists will get longer on the Iskand unless there are other reasons of course.

Vote Up9-1Vote Down
JossS
Well for one to decline private treatment for hip or knee replacement you would assume those 65% of individuals have very compelling reasons, if not, wow that beggars belief as this is probably a one-off lifetime opportunity. Still seems rather a high rejection rate. It’s good that Saturday lists are being introduced how about one for ENT because the waiting time is horrendous perhaps a patient could… Read more »
Vote Up130Vote Down
azwills

One journey to Portsmouth or Southampton, ok no problem. However for hip and knee it is not one journey, it’s 3 or 4 with pre assessment, overnight stay, hobbling home with crutches, revisits for physio not counting the ferry costs, possible taxi or car parking charges and incidentals. And all this for people already stated to have mobility problems..

There will be many, many reasons why islanders would rather be treated at St Mary’s on the island rather than some mainland hospital, not least because Covid infection rates are very low on the island, and the risk of catching Covid-19 whilst in hospital will be less of a risk than in many mainland hospitals

Surely people are worried by the possibility that they might catch the virus by having to make two journeys on the ferry?

Vote Up9-1Vote Down
sillybilly
It was embarrassing listening to this story on Radio Solent this morning. It makes us look like a bunch of idiots on the Ialand that someone would refuse an op they need because they have to get on a boat – and almost certainly get treated by more experienced doctors and nurses in a better hospital. Why would you want to delay an operation because you have… Read more »
Vote Up9-1Vote Down
JossS

Sally, are you singling me out for unfair treatment; what another moderation? Let’s hope it doesn’t go to your spam box again. Does everyone else get moderated as much especially when so many rude comments are made on this site, not by me I hasten to add.

The moderation system is automatic and not manually triggered.

I have no idea why your comment went into the moderation queue, but it is now approved.

“Everyone is equal but some are more equal than others” Animal Fram very true in life.

Most people have a genuine desire to think and behave fairly, sadly some don’t which insights people to react. I have witnessed inequality whilst living and working here as a teacher and mentor, the antidote is education which is key in encouraging self assessment and personal values and attitudes.