£8/day to drive a car through Portsmouth is being discussed

With the number of places in Portsmouth above ‘safe’ NO2 levels increasing, the council are looking at a range of possible ideas including introducing an £8/day charge for car use. 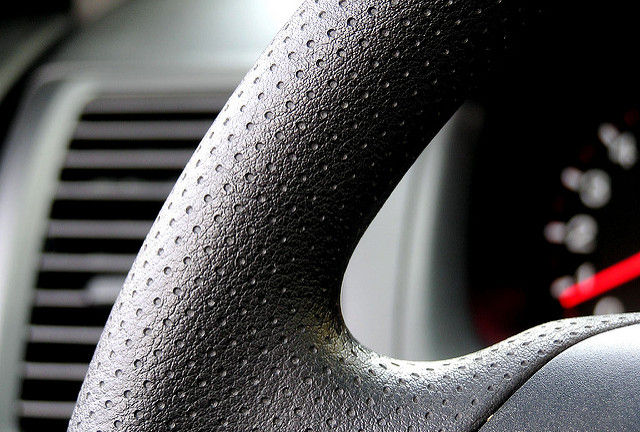 Leader of Portsmouth council, Councillor Gerald Vernon-Jackson, has drawn up a series of demands in a bid to combat the city’s growing air pollution issues and prevent a clean air zone being imposed on the city, which could see drivers forced to pay £8 a day to use their cars.

In a letter to the secretary of state for environment, food and rural affairs, MP Michael Gove, Cllr Vernon-Jackson has lobbied for funding for a number of schemes to help with air quality in the city.

Southampton have been through a similar process with their Clean Air Zone.

Variety of ideas
These include free bus passes to be given to all Portsmouth residents, trolley buses, electric taxi fleets and a transfer system to bring lorry loads into the city via electric vehicles.

16 areas above ‘safe’ levels
It comes after the latest readings of dangerous nitrous dioxide (NO2) in the city showed that 16 areas in Portsmouth were above the ‘safe’ level last year – up from four in 2017.

‘The data shows a significant increase in NO2 in what are known as our air quality management areas (AQMAs).

‘We have to provide a report on this to government by October. If we can’t prove that we can improve on this within a short space of time they will impose a clean air zone on us.

‘There are different types of clean air zones, such as some that just charge heavy goods vehicles (HGVs). But it could also mean charging to drive cars in the city. I was looking at plans for a clean air zone in Birmingham that will charge £8 a day for cars and £50 for HGVs.’

Air pollution
It is estimated that more than half of air pollution in Portsmouth is caused by cars, HGVs and buses.

‘We are asking for the cost of bus passes to be covered because we know that many people say they don’t use public transport due to the cost.’

Health impacts
For the council’s environment boss, Cllr Dave Ashmore, the health implications of poor air quality were a concern. He said:

‘The threat of bad air quality affects the wellbeing of people and a lot of people suffer from illnesses, such as asthma, related to this.

‘We know that some deaths in the city are linked to air pollution, we need to take this seriously. It is a matter of life and death.

‘The fact that the government have set a ministerial directive on us shows how serious it is.’

‘It seems mad that government says we need to reduce air pollution but that we have to significantly increase the number of houses when more houses will naturally increase the amount of cars in the city.’

EU directive and UK law states that NO2 levels must not be more than 40 micrograms of NO2 per cubic metre of air.

newest oldest most voted
alisonjane
So Councillor Vernon-Jackson has asked the Government for housing targets to be scrapped in Portsmouth to help achieve clean air zones. The Isle Of Wight Council state that housing targets in the Island Plan are non-negotionable. A target of 640 new homes a year on the Island is just not realistic. We do not have the infrastructure or facilities to cope with such a demand. I know… Read more »
Vote Up35-4Vote Down
alisonjane
Sorry to carry on about our new Island Plan, but just a quick bit of working out, why are we building more houses per head of population than Portsmouth, Southampton + Gosport? Portsmouth; population 238,000. Housing target 863 per year. Southampton; population 253,000. Housing target 865 per year. Gosport; population 82,000. Housing target 238 per year. Isle Of Wight; population 140,000. Housing target 640 per year. One… Read more »
Vote Up31-1Vote Down
Colin
@ alisonjane Why indeed? It’s because politicians don’t think things through and have no coherent plan other than their own survival. If you look at any particular issue, the main cause of the problem is the politicians. Look at the shambles of rail franchising, utility privatisation, school academies, the NHS and er, provision of housing. It’s all mess because the politicians have not got a clue. Remember… Read more »
Vote Up130Vote Down
fwpd

An additional cost to the already high ferry prices when travelling to and from the Isle of Wight. Makes Red Funnel or Yarmouth seem better options. Its going to hit wight links profits

Portsmouth City Council will have to find a way for cars and other vehicles going to and from Wightlink ferries and the M275 to be exempt from such a charge, or make a nominal charge of say £1 to be added to the ferry fare.

Wightlink own the Yarmouth crossing.

I wouldn’t pay £8 to drive INTO Portsmouth although I might pay to get out.

When we get a link road directly from the island to the M27 there will be no need for through traffic to cause pollution in either Portsmouth or Southampton city centres. Its not just us islanders who are choking on the costs of the ferry services

Vote Up6-1Vote Down
grumpymoo
Tim, but then does this mean if the island were to get a fixed link, we would too have to introduce a ‘charge’ to drivers? Will our ‘clean air’ be put at risk with a link? I mean, according to pro-link the IoW will be inundated with more cars as the the link is just so hugely profitable, apparently. Profit only comes from people using the link… Read more »
Vote Up20Vote Down