A bumper year of growth for Isle of Wight Scouts

Since 2007, the number of Scouts on the Isle of Wight has grown from 1,000 to 1,600 thanks to the efforts of the leaders and management teams on the Island. 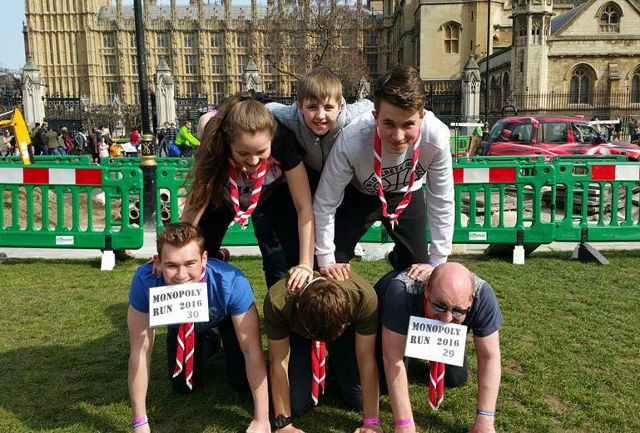 With over 1,200 Young People and over 300 adults, Isle of Wight Scouts has seen another bumper year for growth – an impressive 10%.

“There were about 1,000 Scouts on the Island in 2007, and numbers have continued to grow to their current level of 1,600 thanks to the efforts of the leaders and management teams on the Island.”

“Our growth over the last year is largely due to our constantly changing program of Adventure, Challenge and plenty of Fun, with many of these changes being initiated by our Scouts. Significantly we’ve had 24% growth in number of female Scouts on the Island.

“Our program includes so many major events that we now have a Media Team to encourage our Scouts to get involved with promoting Isle of Wight Scouting themselves. Wight Rovers Media Team members range in age from six upwards and take an active part in producing reports for our newsletter.

“If you would like to find out what Island Scouts are all about, you can download copies of our newsletters from our County Website. Above and beyond our normal Group-led activity and adventure training, we offer County-led extra training and support to our Scouts in Media, Archery, Shooting and other activities.”

“I am super proud to see so many young people and adults learning new life skills, and achieving personal rewards through Scouting in the UK. I am excited to see Scout numbers continue to rise across the UK, especially the numbers of girls.

“What I’m most pleased about is that Scouts across the UK are putting their time in to helping their local communities. Through our A Million Hands campaign we are pledging one million hands to supporting four of the biggest social issues currently facing the UK and the wider world, but we can’t do it on our own. We want all young people to come and give Scouting a try and to get involved. This is how we can all play a vital role in shaping tomorrow’s world for the better.”

“I love Scouting and I always enjoy the adventures that Scout volunteers have helped us plan. I’ve picked up some really helpful life skills along the way like team building, planning and how to communicate with people. Scouting has also helped me grow in confidence and I have enjoyed learning new skills alongside my male friends.

“I have taken part in expeditions in the Cotswold’s and the Lake District as well as WINGS national camp and the London Monopoly Run and I have had great fun and learned loads of skills every time I do something in Scouting. I’d definitely encourage young people of all ages and both genders to join.”

“Monopoly Run”
Island Explorer Scouts entered the recent national “Monopoly Run” in London, competing to navigate to all of the places named on the Monopoly board.

“Xtreme Explorer Scout Unit attended the London Monopoly Run last weekend. They had a great time exploring London and did well considering it was their first time coming 24th & 70th out of 142 teams! We’re definitely going back next year.”