‘A Desperate Crime’ By Eloise Preston

As we mentioned then, VB will be running all three winning stories, next up is the winning entry for Under 18s by Eloise Preston from Christ the King College. 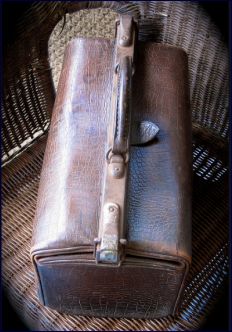 He jumped down off the ledge and ran, ran as fast as his legs could carry him. He had been caught – for the first time in his life – he had been caught. But he wasn’t going to let that stop him; he had the goods and now he had to get out of here.

He sprinted passed the lamppost and darted to where he had left Azaria on watch.

“Railin?” Azaria had seen the look on his face and knew something was up.

“Run!” He had told her all she needed to know. Railin grabbed Azaria’s hand and they tore down the road away from the scene of the crime.

They ran until they could run no more. Leaning on a wall, they listened. No sound.

“He’s not following us, he must have called the police,” Railin whispered.

At the hideout, Railin dumped the bag on the floor and they both flopped into a chair, exhausted. Azaria was about to get them both a drink when a loud knock at the door came. Azaria and Railin looked at each other, their hearts thumping.

“Hide that!” Azaria pointed to the bag. Railin immediately picked it up and started looking for a place to hide it.

Azaria unlatched the door and the Policemen filed in, their batons prepared. They had been expecting a gang and so were surprised that they were faced with just two teenagers.

“You are both under arrest, for numerous cases of house robberies, the latest being Doctor Hamilton’s house,” one of the officers declared. Azaria’s hands were being handcuffed and Railin was being wrestled to the ground, not that he had planned to cause trouble, and handcuffs were placed on his hands.

They were taken to the police station and thrown into a cell. They had been left alone.

“I know,” Azaria hissed back, “then you’ll have to escape.” Railin was stunned at the idea for a moment but it was the only way. He had to escape.

They spent the next few hours prising open the bars; they managed to get it so that Railin could slip through to the other side but Azaria couldn’t.

“I’m not going without you.” Railin stated.

“Go on, I can catch up.” Azaria said when Railin was still trying to help her through. Railin stared wide-eyed at Azaria, he didn’t want to leave her but she was right. He had to go.

He darted out the police station, taking caution at every corner. The last thing he wanted was to be arrested again. He seemed to be in luck – he had encountered no policemen at all.

He ran through the streets and back to the hideout. He took as little time as he could, collecting the bag and rushing back out.

It was getting dark now and Railin found he no longer needed to keep himself hidden within the shadows. He could run straight down the middle of the pavement and not be seen, which was just as well for it was much quicker this way. He wended his way through the twists and turns of the houses until he reached the mansion.

Picking his way carefully around the house he sneaked down the servants’ entrance and had his hand on the handle when he heard a faint whisper calling his name. Azaria had escaped.
“Down here,” Railin called softly, he waited until she was by his side before proceeding any further.

They entered the house as quietly as they could, tiptoeing through the kitchen and reaching the pantry. A groan came from the other side of the door. Railin swiftly opened the door and rushed to the dying figure’s side.

“It’s alright mother. I have the medicine – you’re going to be ok.” Railin reached into the bag and pulled out the jar that contained the medicine and then the syringe to administer it with. She was going to live.

Azaria held tightly to the old woman’s hand while Railin gave her the injection. She looked up at Railin, she could see the fear smothering his face.

“Railin”¦ I”¦” Gripping tightly to her son’s arm, she took her last breath and her body slumped to the ground.

Railin’s eyes welled with tears and Azaria put her arm around him, comforting him as he let grief take hold of him.

Image: puuikibeach under CC BY 2.0