The enormous £53m drugs bust that saw five men from Isle of Wight sent to prison on charges of importing drugs is now being questioned. The Mail on Sunday has claimed that a SOCA officer involved with the investigation tampered with the GPS data. 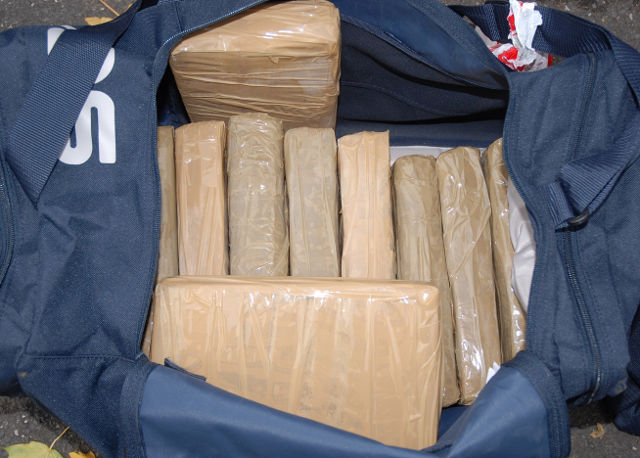 Five years after the imprisonment of well-known Yarmouth character and fisherman, Jamie Green, and four others in a £53m cocaine smuggling case, the defendants’ lawyers have appealed to the Criminal Cases Review Commission for a new appeal.

The Mail on Sunday says that analysis by “one of the world’s leading experts” of the GPS system of Mr Green’s boat (Galwad-y-Nor) reveals a digital fingerprint of tampering by Serious and Organised Crime Agency (Soca) officers to the internal databases so they apparently “conformed more closely to the prosecution’s theory”.

“The analysis by one of the world’s leading experts on the Olex system shows that after Soca seized the machine following Mr Green’s arrest, an operative tried to alter internal databases, apparently to make them conform more closely to the prosecution’s theory.” Jamie Green and the four others, Zoran Dresic, Jonathan Beere, Danny Payne and Scott Birtwistle received a total sentence of 104 years between them. They have always protested their innocence.

“A spokeswoman for the National Crime Agency, which has taken over Soca, said she could not comment while the CCRC investigation was pending.”

Read the Mail on Sunday article for the full detail, which includes information about a report by the Portsmouth Marine Laboratory which states the alleged pick-up of the cocaine by the Isle of Wight fisherman was impossible.

newest oldest most voted
Mason Watch
It is not damning evidence until tested. The adoption of the case as a ‘pet’ campaign by the Daily Mail is not in itself indicative of anything. The most probable outcome in the future would be a retrial and a testing of the existing evidence would then provide an outcome. A wholesale adoption of the assumption that the conviction is wrong fails to take account of all… Read more »
Vote Up10Vote Down
In Denial

I sincerely hope it does not take a “few years” for a review. This case needs to be brought to appeal immediately! These men have already spent 5 years in jail and their families have suffered terribly. If there is a chance that a mis-carriage of justice occurred it needs to be reviewed immediately!

Have to say that I find it incredible that people down arrow the comment that a potential mis-carriage of justice should be reviewed immediately!

Would love to know why that is such an awful suggestion.

It takes at least 72 weeks for the Criminal Case Review organisation to look at new evidence.

How can that ever be acceptable in any case.

Let’s put to one side this specific case. If there is a chance that any innocent person has been wrongly imprisoned for many years, surely their case should be reviewed with the utmost urgency.

Good luck with an appeal on satnav evidence. For me one of the most compelling pieces of evidence was the throwing overboard of the sacks near Freshwater Bay. Based in Yarmouth, they would have had easy free access to the numorous skips on the quay for this purpose, if as they claimed, they were simply disposing of rubbish.

Vote Up10Vote Down
In Denial
Are you not concerned that the watching Police Officers described completely different bags to those actually recovered? Are you not surprised that having supposedly watched drugs being dumped, the Police Officers left the scene? Why would they do that? Surely, they would have stayed and kept such a massive stash of drugs under observation? Are you not concerned that they were then stopped from leaving the Island… Read more »
Vote Up0-1Vote Down
In Denial
It seems even the Judge himself was concerned with “the most compelling evidence” you reference. His Honour Judge Dodgson, however, was bewildered by all this. He was struck by the unlikelihood of the officers having seen what they now said they saw, but having reacted as nonchalantly as they did. ‘Members of the jury’, he said, ‘one might think that if you were an officer on a… Read more »
Vote Up00Vote Down
Island Monkey

But the men confessed that they had thrown objects resembling black sacks overboard. If I were a juror, I would have asked myself why would local fishermen do such an odd thing when almost back in port where ample bins were available?

Vote Up10Vote Down
In Denial
The men said that they had thrown 5 or 6 black sacks containing rubbish (possibly including toilet waste) over the side. That is not a confession of drug smuggling!!!!! The Police Officers on surveillance reported 5 or 6 black objects. The drugs were found in 12 blue holdalls tied together on a long rope. The Police Officers then left the scene. No attempt was made by the… Read more »
Vote Up0-1Vote Down
Marinet58

I believe that this has now been through the courts twice and the conviction upheld.
A deliberate tampering with evidence and a miscarriage of justice is an abhorrent thing but it takes considerably more than the vague testamony of an unnamed ‘expert’ reported in a sensationalist paper to suggest, let alone prove, it.

But the defence don’t have to prove anything.

The prosecution bear that burden.

All the defence need to do is plant a seed of “reasonable doubt”.

A review would not be considering the ‘vague testimony of an unnamed expert’. I would expect the expert to appear in court and provide a full and complete justification.

There is far more to this case than just this latest development.

Vote Up00Vote Down
Mariner58
The original newspaper article, linked above, states that the ‘expert’ analysed a cloned copy of the sat. nav. not the original device, suspected tampering with the original device and assumed that a corrupt Sosa technician was to blame. I absolutely agree that this allegation needs to be investigated, and believe, however naïve others may regard that, that they will and proper procedures followed but the information so… Read more »
Vote Up10Vote Down
In Denial

When I look at this very long list of mis-carriages of justice … I can’t help but think you are being ‘naive’.

I’ve not said a word about bent coppers undermining the justice system yet!

Oh, I thought it would be something you couldn’t bare :) But you seem to have recovered from one of your pet hates

You’ll need to be more explicit, my list of “pet hates” is rather lengthy!

Perhaps you two could arrange to meet IRL so you can continue your ‘chat’ there?

Meanwhile, can we keep discussion on topic please.

OOo-er, not sure about meeting IRL :) but yes, sorry about that Sally. It was all down to me, of course. Must make sure I wake up properly before I post.

Where are these fishermen currently being imprisoned?

Are they entitled to open prisons pending an appeal based on this ‘damning evidence?’

There are too many discrepancies in this case, it needs review… it is not just the GPS that doesn’t stack up