Almost 600 written warnings were handed out to businesses on the Isle of Wight for food hygiene issues over the last year, due to problems such as cleanliness and separation of foods. 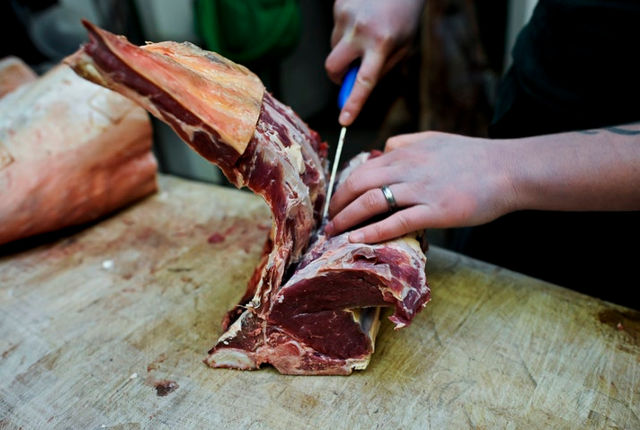 Almost 600 written warnings were handed out to businesses on the Isle of Wight for food hygiene issues over the last year, due to problems such as cleanliness and separation of foods.

Data from the Food Standards Agency shows the results of food hygiene intervention inspections in the local authority, over the 12 months to April.

582 written warnings
The businesses inspected are mostly restaurants, but include any establishment which handles unpacked food including farms, manufacturers and catering companies.

Inspectors assessed 1,780 businesses and handed out 582 written warnings on the Isle of Wight.

What happens next
Any breach of food hygiene regulations can lead to a written warning. Breaches include problems with cleanliness, training of staff, record keeping, washing facilities and separation of cooked and raw foods.

Officials consider the seriousness of the case, as well as the co-operation of the business, before deciding on what action to take.

Notices, closures and cautions
As well as the written warnings, on the Isle of Wight there were 35 hygiene improvement notices, five voluntary closures, five food seizures and two cautions.

This rating is different from the 0 to 5 score that restaurants and takeaways display in their windows, as it is an indicator of when officials need to assess the business again.

A business which gets a high risk rating is “highly likely” to have breached food hygiene regulations, according to the FSA.

However it could also be because of its trade, such as large scale manufacturers with lots of customers or businesses that carry out specialist procedures.

National picture
In total there were more than 150,000 written warnings handed out in England, Wales and Northern Ireland in 2017-18, and 267 successful prosecutions. Scotland collects its data separately.

Nina Purcell, director of Regulatory Delivery at the FSA, said:

“It’s encouraging that local authorities have made improvements in the percentage of interventions achieved and are continuing to target their activities at food businesses where food safety risks are the highest or where food fraud is more likely.”

Report bad hygiene
An FSA spokeswoman encouraged people who see bad food hygiene to report it to the council.

In a statement, she said:

“You can report poor hygiene practices in a restaurant, store or other food outlet to the business’s local authority.”

You can search the Food Standards Agency Website for Isle of Wight businesses to see their rating.