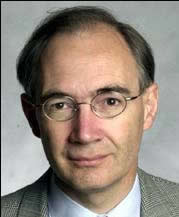 Following our previous stories and updates on the sad news that Vestas are planning to lay off around 500 staff from their wind turbine blade manufacturing plant in Newport, Andrew Turner the Island’s MP has said that the news extremely worrying’ for the Island.

“I am told this is not a ‘done deal’ but it is obviously extremely worrying news for Vestas employees, their families and for the Island as a whole. Our unemployment figures are already above the national average and more than double the average in the South East. This morning I have spoken to the Minister for Energy and Climate Change Mike O’Brien who also expressed his disappointment with the news. He has been in talks with Ditley Engel over recent weeks, but of course the global economic picture is currently bleak and Vestas are seeking to move their production facilities to match their order book.

“I very much hope that the planned investment in Research and Development here on the Island will continue, and I understand that to be the position at the moment. The recent plans approved by the Isle of Wight Council for the new Stag Lane site were based on 300 jobs working on projects including the largest blades, but of course that will be scant comfort to those who may be losing their jobs over the coming months.”

“The Minister says that Vestas have indicated that the UK’s commitment to wind energy would stand us in good stead for the possibility of future production, likely to be on larger blades. I hope that the expertise and skills already available here would naturally lead such investment to come back to the Island.”

Nationalise this profitable factory and pass the ownership to whatever the public body is called that manages the interests held in the rescued Banks. Unlikely to occur, but why not? Payment – well lets just say any grants given to set the site up in the first place are written off.

To recite an American phrase,we need to `play hardball` with these Globalised Capitalist Jockeys.

Good to see radical thinking is alive and kicking on the Island.

Vote Up00Vote Down
D Mc Dougall
What a naive soul Andrew Turner is, Vestas are not moving to “move their production facilities to match their order book”, they are moving to other areas where they will get another grant or handout from a government. This facility makes a profit, they are going to continue to need blades, cheaper to retool an existing facility, but no move to china etc. But we can all… Read more »
Vote Up00Vote Down
Gerry Attric

Andrew Turner is a disgrace. I hope the voters kick him out at the next election.