Over 200 people have signed a petition, with support of the parish council, after plans to replace a community garden with a bin store were revealed. SHG say residents’ views will be considered 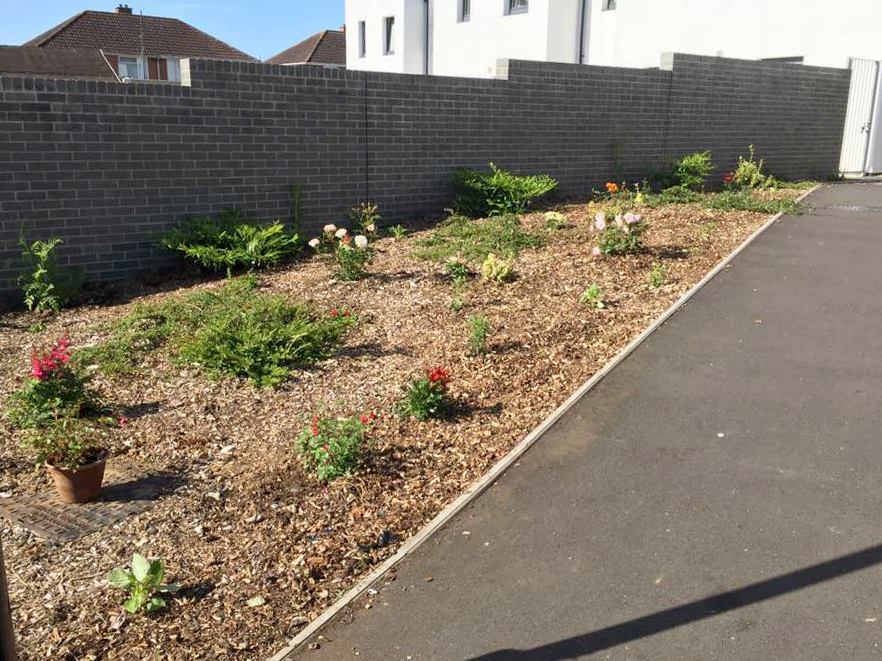 Residents have launched a campaign to save their community garden — following news it could be ripped up and replaced with a bin store.

Residents at Jubilee Close, Freshwater, planted the garden two years ago to create a splash of colour — but the Southern Housing Group (SHG) has said it needs the space for a bin store.

Petition signed by 200
More than 200 residents have signed a petition to save the garden, and Freshwater Parish Council has pledged to support their campaign.

The green space was created after residents applied to SHG’s ‘gardening neighbours’ scheme. They received £470 in funding to transform the area, adding colourful roses, herbs and other pot plants which continue to flower.

One resident, Melanie Gardner, said at the time:

“The area around our flats was becoming messy and neglected.

“I spoke to quite a few residents who all expressed an interest in doing something to improve the area.

“So many people have commented on how much nicer it looks and we have added even more flowers.”

SHG: Residents’ views will be considered
Following the launch of the campaign to save the garden, SHG said it would consider an alternative solution.

“Our residents’ opinions are important to us, so we are currently working with the assessors to see if we can move it slightly so residents can continue to enjoy the garden and its views.”