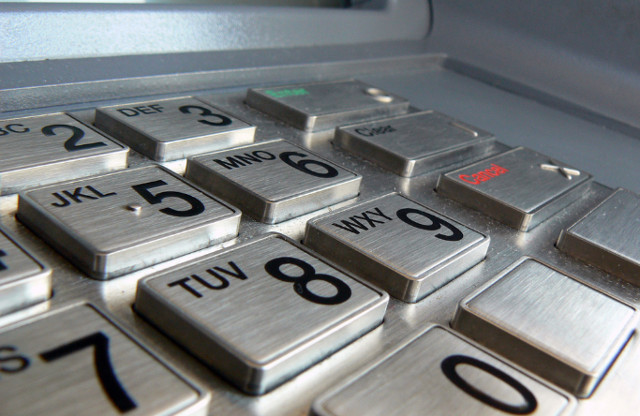 Thanks to Lee from Isle of Wight Citizens Advice Bureau for sharing further advice in relation to payday lenders. In his own words, Ed

Citizens Advice has seen evidence of money being taken without permission or warning and sometimes even after loans have been paid off.

An in depth analysis of 665 payday loan customers who contacted the charity’s consumer service between January and June 2013 found that 32% (201 people) had complaints about CPAs. Of these:

The new figures come as the charity calls for tighter controls on payday loan advertising, and encourages the public to fight back and report irresponsible adverts.

Isle of Wight CAB wants ‘health warnings’ on payday loan websites, meaning that a warning page would appear when people access the loans online, so that consumers are fully aware of the risks before they decide whether to go ahead.

Code of conduct called for
The national charity also wants to see a sector-specific code for payday loans ads, like there is for gambling. This should include a ban payday loan ads before 9pm, and ensure that lenders tell customers what will happen if they struggle to repay the loan.

“We see a whole range of problems with irresponsible payday lenders. We help people who have been victims of fraud, given loans despite having no income and hounded by lenders at home and at work. Now, we’re helping people to fight back.

“Misuse of CPAs can leave people without money to eat, pay rent or get to work, and can force people further into debt to stay afloat. If you’ve been badly treated, and the lender hasn’t put right their mistake, then you can complain to the Financial Services Ombudsman.

“We’re also concerned about irresponsible advertising on daytime television, public transport, billboards and online. We want people to feel confident about reporting adverts which target people who are already in financial difficulty, or mislead consumers by trying to cover up the true cost of loans.”

Bank accounts drained so need to borrow more
CPAs are often used by payday loan firms to collect repayments directly from someone’s bank account. They should not be used to take money or change repayment amounts without warning, but a creditor has flexibility over when and how much money they take from someone’s account, so can be used to remove any amount at any time.

In some cases, bank accounts are completely drained, leaving people with no option but to borrow more to cover basic costs like food or rent, and face high overdraft fees and late payment charges if there isn’t enough money to cover all payments.

Isle of Wight Citizens Advice Bureau is calling on banks to respect their customers’ right to cancel CPAs, and welcomes the Financial Conduct Authority’s recent ruling that banks must end agreements themselves when the customer requests it.

Payday loan customers can provide feedback on their experience of continuous payment authorities through the Citizens Advice payday loan tracker.

Image: Catatronic under CC BY 2.0

7 Comments on "Are payday lenders accessing your bank account?"

newest oldest most voted
bydaway
Where did the the cosy sounding “user friendly” term “Payday Lender” come from? In the not to distant past they would have been called Loansharks. Now they have morphed into Payday Lenders, and they are not only exploiting people they are exploiting the loosely “regulated” market that has flourished in the last few years as more and more people queue up chasing the lure of “easy money”.… Read more »
Vote Up00Vote Down
Marc Rodgriguez
You clearly have little to no understanding or experience with this product or the customers who use it. You simply regurgitate the mindless, biased opinions you are fed through the media. Get to know the responsible lenders, who exist not solely to make a profit (as do so many other businesses), but to offer a safe, transparent and necessary credit option to those who would otherwise have… Read more »
Vote Up00Vote Down
peaceful_life
Hi Marc. The ‘alternative’ is surely the point isn’t it? What would that look like? A decent living wage provided by jobs in ecological functional design? Benefits inline with real-time inflation? Perhaps some equity across the entire economic spectrum? It’d be ‘interesting’ to know your experience with this ‘product’ and perhaps you could share with us some details of these philanthropic lenders? Please list some of them,… Read more »
Vote Up00Vote Down
Isleofwightpaul

Can someone please tell me who these “responsible lenders, who exist not solely to make a profit (as do so many other businesses), but to offer a safe, transparent and necessary credit option to those who would otherwise have no alternative” are ???
I think someone somewhere is living in a fantasy bubble.

Lol. I thought I’d seen everything on this forum but somebody coming on here to defend loan sharks?!
I shall be encouraging my colleagues in the new council administration to do what we can to rid the Island of this revolting trade so I must be a lazy bore too.
I look forward to discussing your ‘safe, transparent and necessary credit options’ with you Marc.

Despite efforts in certain quarters, it can never be argued that OnTheWight doesn’t have a diverse range of commenters ;-)

Vote Up00Vote Down
Ray
As many times as we’ve had to use someone like [part of comment removed by moderator] we’ve never had any issues borrowing money or paying back. Maybe the person borrowing just needs to be a little more responsible? why govern the ability to borrow money when credit cards and financial institutions can be just as bad, if not worse, on the fees? I say fees because the… Read more »
Vote Up00Vote Down