Planning Committee members had two alternative planning applications for out of town supermarkets to consider tonight. 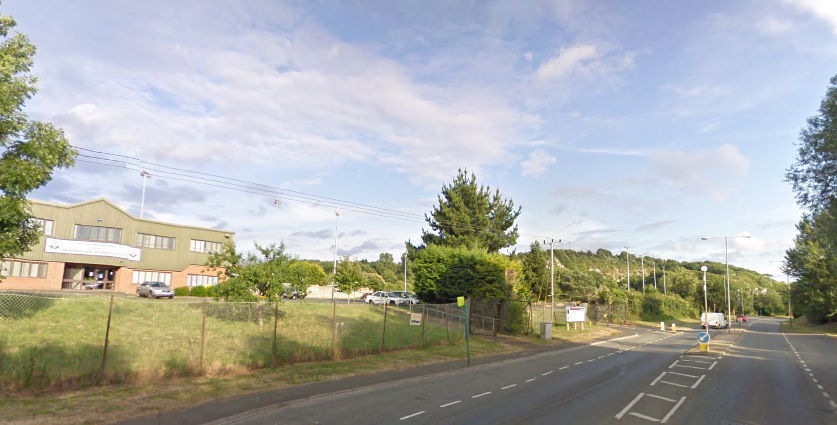 Members of the Isle of Wight Planning Committee have been discussing and deliberating two separate planning applications for the last four+ hours.

They are alternate plans for an out of town supermarket; one on land occupied by Newport Football Club and the other on land next to it.

ASDA originally submitted their plans in December 2012 and alternative plans were revealed by South Coast Leisure, the owners of Newport Football Ground, in July 2013.

Both applications were recommended for conditional planning permission by planning officers. Both sites would offer petrol stations and ample parking.

Several members of the Planning Committee expressed their concern about the schemes, claiming they could have a detrimental effect on smaller businesses in Newport.

When the decision came to a vote, both application were approved by the Planning Committee.

Papers are embedded below for your convenience

They didn’t think about small businesses suffering when they allowed Aldi to be built in Cowes…. All this faffing about …approve ONE site and get on with it. How many years does it take for goodness sake. Getting sick of this story.

Vote Up00Vote Down
greenfiremouse
I don’t think that you can compare. Aldi is comparatively small, and Cowes has no large supermarkets in the first place. However, Newport has an already extensively (and unnecessarily) enlarged Sainsbury’s and a large size Morrisons, plus Co-op, LIDL and several smaller chain shops such as Spar. There really is no need for any more shops of this kind, and I am aware that there are many… Read more »
Vote Up00Vote Down
CERS121

Im totally confused by this , what does it mean, can someone explain as Im not sure if I should be celebrating or not…
How can both be given Planning …???

Vote Up00Vote Down
MamaLu
Gaining planning consent is based on having no lawful objections, so as long as both applications meet the legislative requirements they cannot be refused without risk of appeal and cost to the Council. Just because both are approved does not mean that both plans will go ahead. ASDA have already chosen which site they plan to build on. The other site will continue as it is unless… Read more »
Vote Up00Vote Down
sam salt

Or they could sell it to another supermarket giant MamaLu. Newport FC are now sitting on a valuable chunk of land. They of course could also go for a variation to the planning approval to put in for instance industrial buildings rather than full planning permission.

Will they shove in another roundabout in an attempt to make the congestion even worse? Will the council give the large retailer a rates holiday as has been done in the past?

Yes thank you that does help, so Im to celebrate then Well Done ASDA & IWC lets get this show on the road now…

Included in the development is a large capacity car park. Just like many other similar and smaller developments; it’s free to park.

When will our council finally get the message that free parking helps trade? It’s what the traders want; it’s what the shoppers want.

How dificult is it to understand?

Cllr Howe said during the meeting that big stores will bring people into Newport who will also go into smaller shops.

Hasn’t happened with Sainsburys, M & S or Morrisons. Why is ASDA going to be different?

Vote Up00Vote Down
Geoff Lumley
As the local IW Councillor, though NOT a member of the Planning Committee, these approvals are good news and welcome news for my hard-pressed residents and for those of the other areas of Newport. Interestingly only I, of all the Newport IW councillors, supported Asda coming to the town – creating more choice, more competition, much needed highway improvements and local jobs. Two Newport Tories voted against… Read more »
Vote Up00Vote Down
Geoff Lumley

By the way, for those counting, the seventh Newport IW Councillor is the ‘independent’ – Shirley Smart. I think she supports Asda.

Are you sure you’ve done a true analysis of pros and cons here?

This decision will prove to be devastating, I assure you.

Just representing the overwhelming views of those who elect me. Unusual I know, but its what I do. My personal views may be a different, but in this case had to be discounted in what I said to the Planning Committee.

Vote Up00Vote Down
peaceful_life
http://news.sky.com/story/1294442/asda-to-cut-more-than-1350-jobs-within-weeks ‘Asda To Cut More Than 1,350 Jobs Within Weeks’ ‘At the same time, store staff were told of the new proposals, which were set to affect 4,100 people’ ‘Mr Clarke said: “Every supermarket must adapt to the intense changes in UK retailing or they will get left behind’ Fascinating stuff in the world of profit and loss, which of course none of the existing models can… Read more »
Vote Up00Vote Down
Cynic