Away games with Isle of Wight hockey players

Due to water on the pitch at Smallbrook all home games were cancelled, but the Isle of Wight team traveled Southampton and Hamble for away games 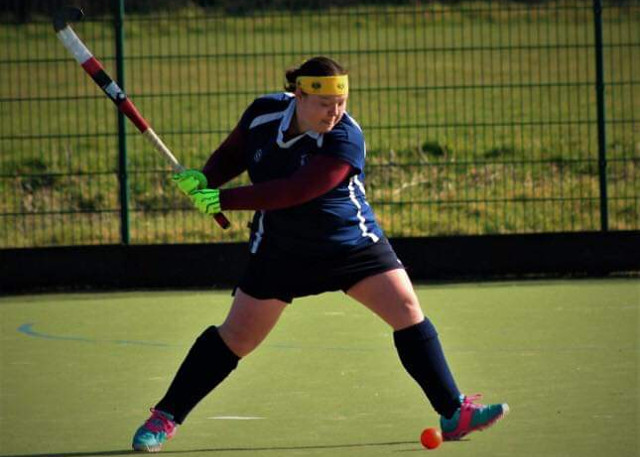 Hamble 2 vs Men’s 1st XI (Away) 4-2
This week the Men’s 1st team travelled to Hamble looking to emulate their win from the previous week. The team took time to settle into the game but showed glimpses of promise for later in the season.

With Hamble getting an early lead the Island hit back immediately with a short corner drilled home by young debutant Chris Stokes.

Again Hamble took the lead and this time Chris Stokes found the corner with a delicious reverse stick strike. Sadly when the Island went behind a third time there was no such reprieve.

The game ended 4-2 after a mistake in defence by veteran Stuart Allen and a late penalty flick for Hamble. Highlights of the match included a head-height goal line clearance by Wightlink Man of the Match Lewis Heaven-Gandy and some delightful solo runs by England youth hopeful Tomaz Turjanicová.

Southampton 4 vs Women’s 2nd XI (Away) 3-2
With late ferries and crashes in Southampton the Ladies 2nd team arrived at their fixture with Southampton 10 minutes after the game should have started! The disruption unsettled the Island and Southampton took full advantage.

With time to gather their thoughts the Island started to gain the upper hand. A breakthrough came in the form of a great run from Wightlink Man of the Match Emmeline Breach whose shot on goal was deflected by a Southampton defender into just the right spot for Gracie Boyd to slot home.

Emmeline Breach was on fire and destroyed the Southampton defence time and time again. She got her reward when she played to the whistle and fired the ball in the back of the net after a good advantage play from umpire Neil Harris.

This again spurred the Island on but we could just not find the elusive winner. The game looked to be heading for a draw but in the last minute of play and despite some brilliant defending from the Island the home side were awarded a short corner which they converted for the winning goal.