Joy for family as lost dog emerges after a week underground 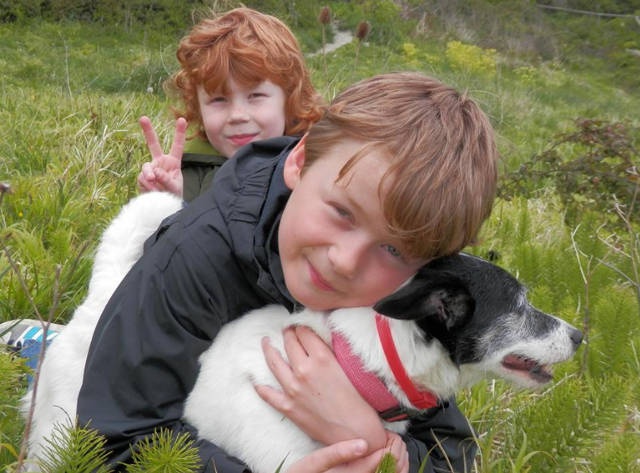 Those who follow us on Facebook will have seen the appeal we shared about a missing dog just over a week ago.

The dog, Bandit, had gone missing whilst out on a walk at the Ventnor Botanic Garden last Saturday (18th May).

Friends rallied round
On hearing the news of missing Bandit, friends of owner Mark White rallied round taking part in searches and spreading the news on social networks in the hope that someone might have seen him.

The ten year old dog, known for his love of chasing rabbits (down rabbit holes) could not be found.

Given up hope
Mark re-visited the Botanic Garden many times in the week with friends and carried out searches with Terriers, ready to dig him out.

On Thursday, with Bandit having been missing for so long, Mark and his family had regretfully given up all hope of finding him.

Found seven days later to the hour
So it came as a huge boost to Mark and his family on Saturday afternoon to get a phone call – seven days to the hour after he went missing – from a lady at the cafe telling him that they had a dog.

Bandit had been staggering up to the pond in an attempt to drink from it, nearly falling in, in his weak state.

Heavy rain loosens ground
It seems likely that his four-legged friend had been trapped underground. He’s very thin, has swollen paws, missing claws and teeth, probably from where he’d been trying to dig his way out, but he’s alive.

The heavy rain at the end of last week might have worked in Bandit’s favour, loosening the ground, letting him claw his way out.

Lost a lot of bulk
Mark tells OnTheWight that Bandit’s back legs have wasted away in just one week, but that he was fed on a large fillet of steak on his return home. He’s eating and drinking well and hopefully will make a swift full recovery.

What a lovely story. Thank goodness Bandit was found!

A happy-ending story. It is possible to buy a device called Locator to help in such circumstances. It consists of a small hand-held device and a tiny device attached to the collar. These enable you to track down an animal’s whereabouts. There is a more sophisticated device using a computer, but more expensive, which has a longer range.

What a sad picture of poor Bandit staggering to the pond! It must have been heavenly for him to return to his family.