Learn more about Rumpy Pumpy and how to get involved (podcast)

If you fancy slipping into some stockings and a frilly Basque and singing your heart out on stage, a part in Rumpy Pumpy could be for you. Don’t miss the auditions coming up later this month. 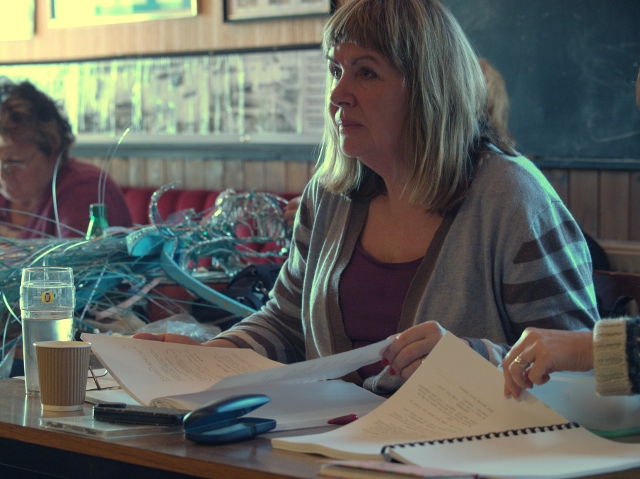 Ryde resident Barbara Mackie’s stage musical, Rumpy Pumpy, was a packed-out, sell-out success with, we’re told, members of the audience leaving the theatre raving about it.

If you missed it, don’t despair, they’ll be another chance to see the production later this year. It’ll be returning in the summer for the Ventnor Fringe, as well as a stint at Medina Theatre at the end of August.

Auditions for cast members
Some of the cast of the recent production aren’t able to make the summer dates, so Barbara is casting for parts once again.

Head to The Simeon Arms, Simeon St, Ryde on the following dates to read and sing

You’ll need to take a short song to sing.

Have a listen to the creator
We were lucky enough to speak to Barbara Jane Mackie during the interval of the opening night of Rumpy Pumpy.

Barbara explains the story behind the musical and what was expected to be a film script evolved into a musical.

A huge amount of hard work has clearly been put into this by Barbara, as well as the cast and production team. A huge achievement, so well done to all involved.

Listen to our brief chat that we managed grab with Barbara.

Well you certainly got my attention with that headline ;-)

Sadly I’m not a singer or actor and definitely wouldn’t look good in a basque, but will look out for the summer shows. Please can you remind us about them when dates are fixed.

Can I bring my own?