After competing for 13 years at the highest level in motorcycle trials, lorry driver Becky Cook from West Wight has swapped her motorcycle for a mountain bike and is competing in the Enduro World Series. 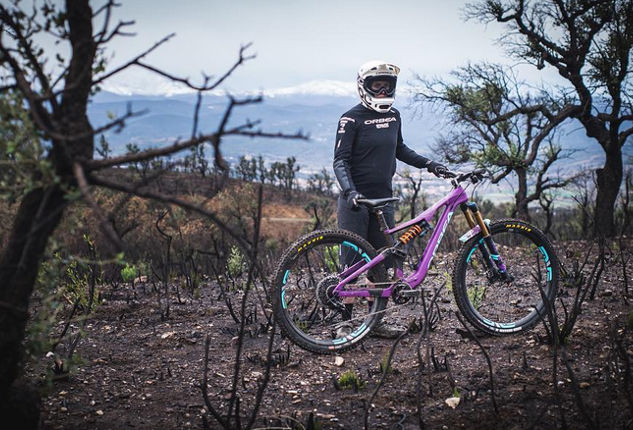 Isle of Wight’s Becky Cook has swapped her trials motorcycle for a mountain bike to compete in the Enduro World Series.

Lorry driver, Becky, competed at the highest level in motorcycle trials for 13 years, but having been signed up to the Orbea Enduro Team this year, she says it’s “a dream come true”.

In only her second year of racing, Becky has already been seated at tenth position on the overall series, having achieved a tenth in both Chile and Colombia, placing fourth on the fifth stage of Colombia and ninth on the second in Chile.

“I am extremely excited and very lucky to be a part of this new project. Everyone involved is really passionate about the Orbea Enduro Team which gives me great confidence to succeed.”

You can read the full interview over on the PinkBike.com Website and below are some of the videos of Becky in action, as well as talking about her plans at the beginning of last year.

Ready to open fire! We cross our fingers for the race! From 10 PM (GMT+2) you can follow the race by clicking on the link of the Bio. #OrbeaEnduroTeam #OrbeaRallon #Orbea

Thanks to Dan for the heads-up.