Bjork splashes out at Waterstones in Newport on Monday lunchtime, when shop manager and fan, Paul Armfield, was out at lunch.

Quite often when big names in music come to the Isle of Wight to play a festival, they jet off again soon after coming off stage. 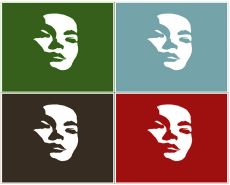 Not so for Icelandic beauty, Bjork.

Monday lunchtime saw the singer/songwriter in Waterstones bookshop in Newport.

Much to his annoyance, she popped in during shop manager (and music genius in his own right) Paul Armfield’s lunch break.

Bumper purchase
If he’d have been there, he would have seen the lovely lady spend a tidy sum (£170) on lots of David Attenborough CDs and a QI boardgame.

If you saw Bjork play at Bestival on Sunday night, you’ll remember the beginning of the set comprised a voice-over by David Attenborough, accompanied by some great imagery on the large screens either side of the stage.

Paul told VB that he was gutted that he’d missed her, “There
were so many booky things I’d have liked to have talked to her about. On Sunday night she performed one of e e cummings’ poems which I love, also some of her new songs were quoting from Richard Fortey’s book ‘Earth’.”

Probably vowing to never go to lunch again, Paul told us, “On leaving the shop she put on a pair of enormous sunglasses.”

Image: brainslide under CC BY 2.0

My friend saw Robert Smith of The Cure at the Model Village in Godshill on Saturday. What a way to get in the zone for a gig at Bestival!

Well, I saw Mrs Jordan from Sandown in Tesco the other day. She was buying washing powder, dishwasher tabs and croissants. She had her son with her, he does three days a week at pre school.

Oh, yes, she had sunglasses with her too. Well, it was sunny, in between the clouds.

Mrs Jordan from Sandown, is she a global music star who has just played in front of 40,000 people on the Island?

No, she works part time in a shop in Shanklin. Clothes shop, actually.

Which is just about as trivial as the original story. Is it really worth reporting that a woman, whoever she is, goes shopping?

Cath, the answer is in your own hands. If you don’t like trivial stories then don’t bother reading them or feel you have to reply. You will probably feel a lot happier if you ignore them.
Hope the rest of your day is a good one for you and you end the day on a positive and happy note.

I think Cath enjoys running down other comments. She usually has something negative to say about mine every weekend.

It would be quite refreshing if she posted some of her own opinions on different issues instead of picking holes in other people’s comments.

Asite2C..don’t be too hard on Cath.She just got out of bed the wrong side a little earlier in the week than usual.

Cath. I may be mistaken and willing to be proved wrong, butI wonder sometimes whether you are close to and posting your comments on behalf of Mr Pugh?

I think you are all be a bit hard on Mrs Jordan from Shanklin. Ordinary people are important too.

PS. I once saw Jimmy Clitheroe on the ferry.

According to te CP, it was around 10.30am that Bjork made this shopping appearence. Sounds like Paul has a very early lunch break in that case!

That is of course assuming that the CP have their facts right!

glad to see bjork could shop locally without the hassle -bet she didnt go shopping at iceland
ps. just thought it`d make you smile B-)

Mrs Jordan is fast becoming a local star. The next time Cath sees her in Tesco or the clothes shop in Shanklin, she should try and get her autograph.

In the next local election, perhaps Mrs Jordan should consider becoming an Independent councillor in Shanklin by challenging Pugh. With her rising popularity, she would win hands down.

Mrs Jordan is on holiday and not back until the 25th September so if Cath says that she has been seen on the Island then she is telling porkie pies. I know because I am feeding her kitty.

Do you have a photo?
I am sure we all like to see Mrs Jordan’s…reference to “Are We Being Served” running joke removed.

Mark I really am looking after Mrs Jordan’s young black and white cat whilst she is on holiday in Spain, I was making no reference to any television programme. Don’t tell me now you are going to be offended because there might be some reference to Postman Pat. Sometimes people can read too much into comments and should lighten up a bit.

Vote Up00Vote Down
mark francis
I’m not doubting you – I just think that Mrs Jordan should be a celebrity as well as “Ordinary Icelandic Housewife” Bjork and as such I think her cat should share in the limelight. I am sure Mrs Jordan’s life is of far greater significance and interest than the shallow Z-list so-called celebrities that fill the pages of Heat! or OK Magazines. That said, I quite like… Read more »
Vote Up00Vote Down