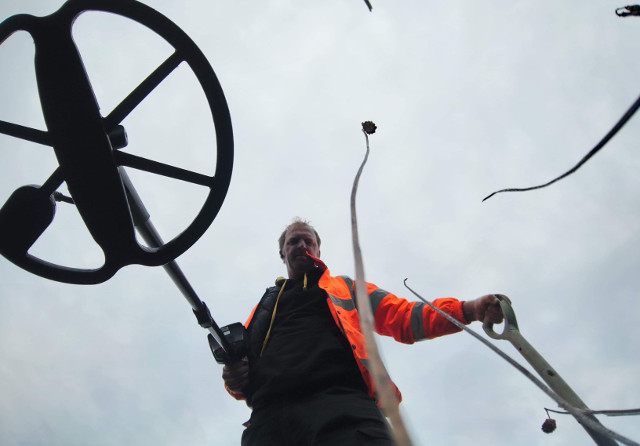 A couple of days ago metal detectorist Richard Cattle happened upon a find that’s resulted in the Bomb Squad having to return to the Island for the second time in three days.

Richard tells OnTheWight he believes the find to the explosive end of a round, possibly anti-aircraft but unconfirmed at the moment.

It was discovered in a rural part of Freshwater and Richard alerted the relevant authorities to it once he realised what it was.

The Navy’s Bomb Disposal Unit from Portsmouth is making its way to the Isle of Wight to assess the situation.

False alarm
The Bomb Disposal Unit have assessed the situation.

After examining the item, the Bomb Disposal Unit discovered it was harmless and not a device or explosive.

Twice in one week
The Bomb Disposal team were only on the Island on Sunday after receiving reports of an un-exploded hand grenade on Yaverland.

They spent all day at the scene before a controlled detonation took place.