As well as the sailing club’s annual cricket match, Bramble Bank played host to a tug of war on Sunday morning. 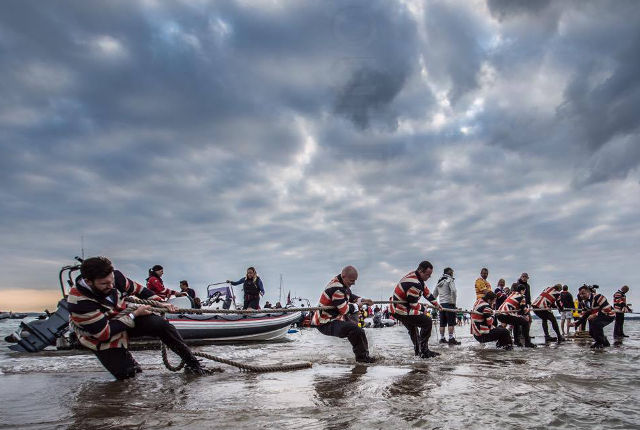 Members of the Island Sailing Club and Royal Southern Yacht Club met in the middle of the Solent on Sunday morning for their annual Bramble Bank cricket match.

The long-held tradition of the club’s playing a game of cricket on the Brambles sandbank seems to attract more spectators each year. 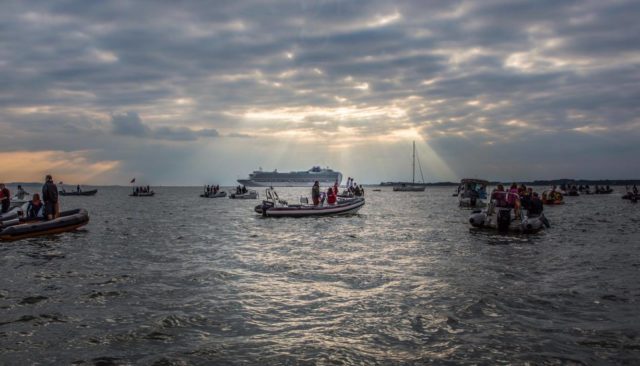 Having been out to the sandbank at low tide ourselves a few years ago (with 80 Morris Men on a hovercraft), we can tell you that it’s a very eerie experience watching the land rise to the surface.

Island champions (by one run)
This year the Rev Andrew Poppe, from St Mary the Virgin and Holy Trinity churches in Cowes, blessed the match.

The Isle of Wight sailing club beat the Royal Southern Yacht Club by just one run, 79 to 80. 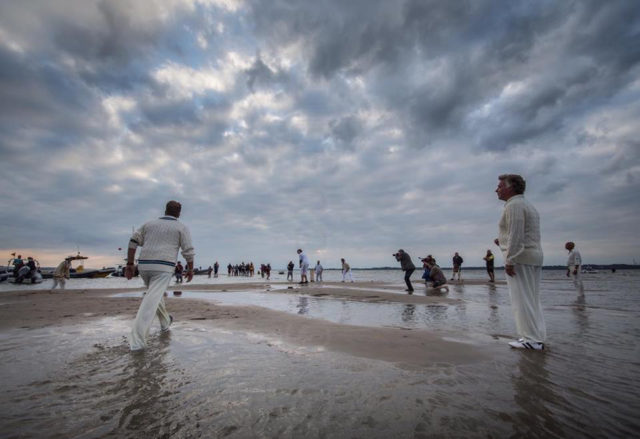 After the match, Rev Poppe said,

“It was a wonderful, wholly eccentric and very wet game. The conditions were at times challenging, as they are at Lord’s sometimes, with the players waist-high in water.

“It was the first of these matches I have been to in the 18 months I have been here. And the whole experience is very difficult to sum up, other than it was about as eccentric as anything I have ever seen.

“It was a wonderfully English event, and the Royal Southern Yacht Club were generous in their giving up of the trophy this year. It was just great fun.”

Tug of war
Our thanks to Sienna Anderson for sharing her great shots from Sunday’s cricket match as well as the tug of war. 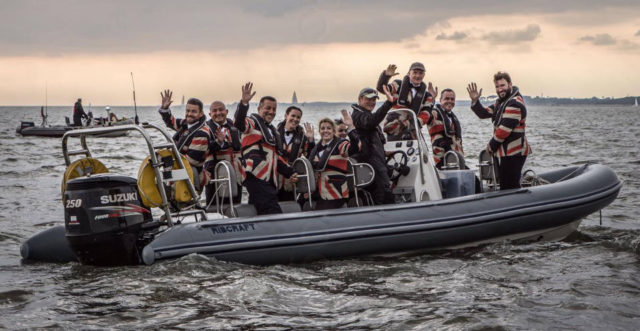 Aerial drone photos and video
Our thanks also to Richard Manser of SafeSiteIOW for sharing this shots and video he took with his drone. 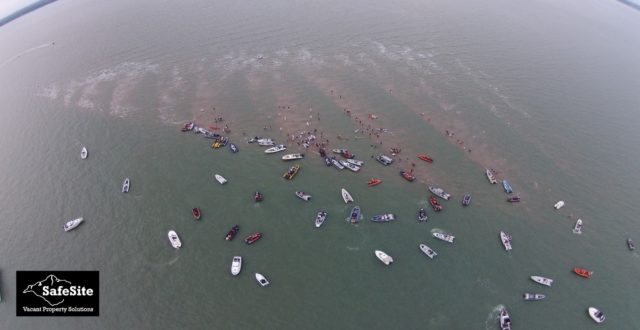 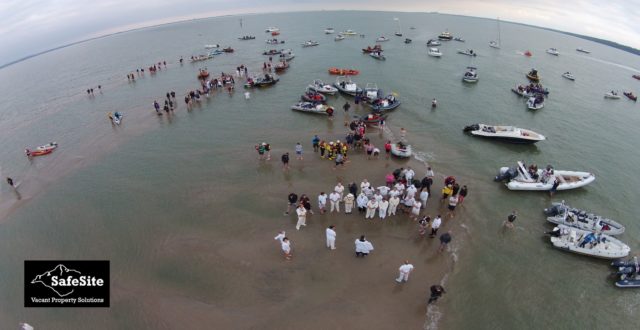 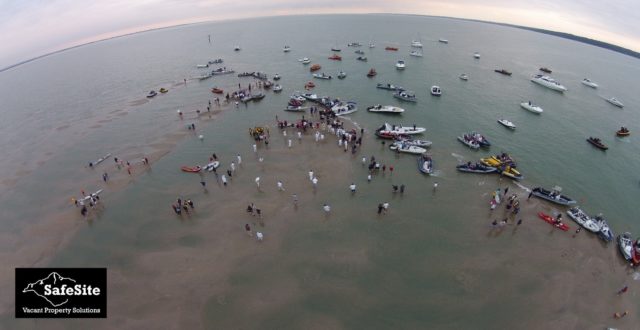 If you missed it back in 2009, here’s a little snippet of the Morris Men doing their thing back on Brambles.