The teacher of the winning school took part in the Mock Trial six years ago and went on to study law. Her team were the youngest taking part 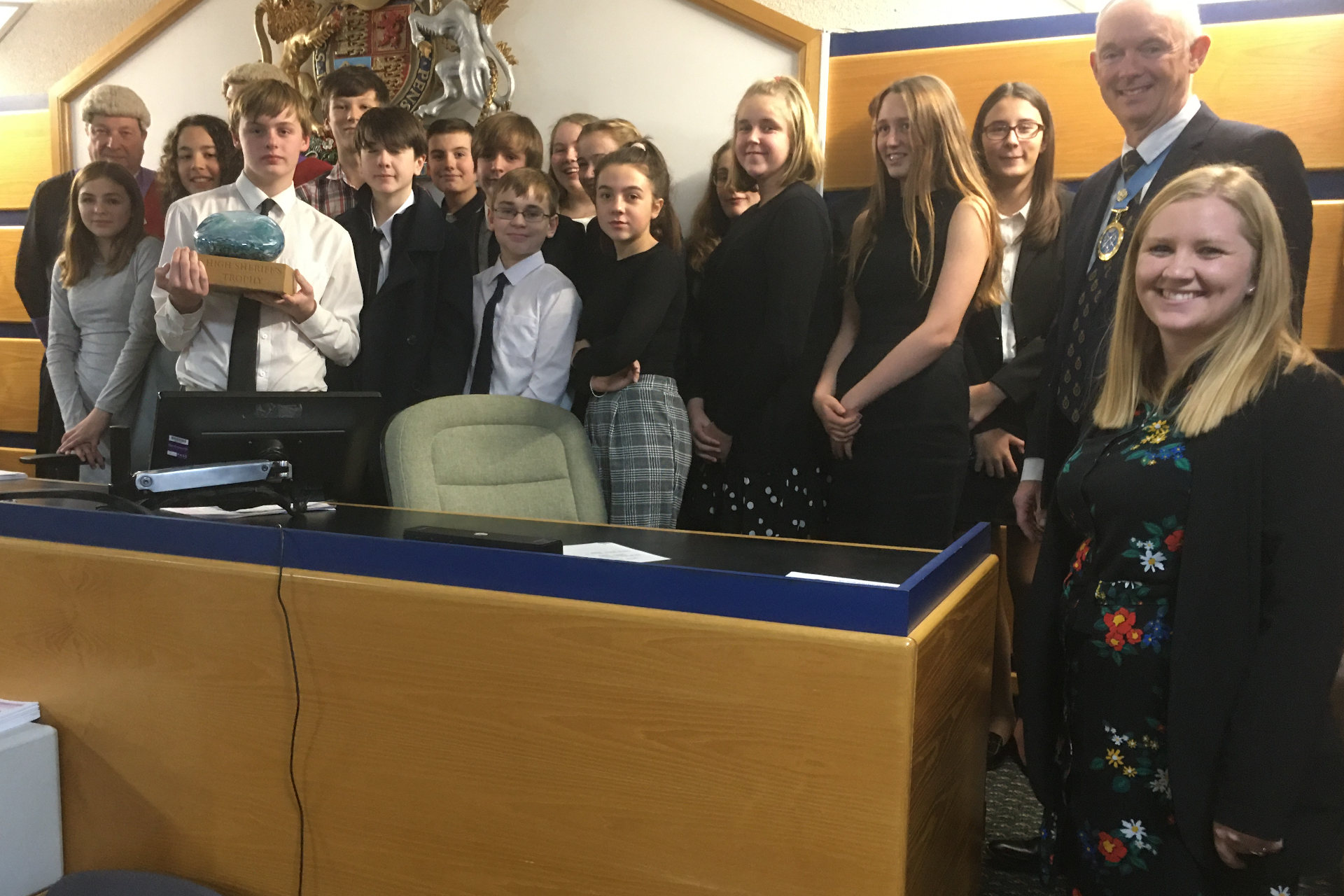 The surprise winner was the team entered by The Free School.

In spite of this they managed to secure the highest score and just pipped last years’ winners, Cowes Enterprise College, who came second. Followed by joint third Christ The King and The Bay CE School.

In eighth year
The competition has now been running for eight years and over one thousand Island pupils have taken part.

Island schools produced teams of students to reproduce an actual trial in front of a qualified judge in the courts at Newport.

Nick and Tim Milligan continue to organise the event thanks to the support of retired tribunal Judge Tim O’Flynn together with His Honour Judge Tim Mousley QC. This professional and highly experienced team give up their time freely every year for the benefit of Island students to give them a real taste of the law in action.

Event and trophy
The event is sponsored by Rouse Ltd, Newport with the winners receiving the beautiful Rouse Ltd., High Sheriff’s trophy.

Which was presented this year by the current High Sheriff, Geoff Underwood.

The organisers commented on the very high standards reached by the students and congratulated both them and all the teachers for all their hard work, dedication and understanding of the legal process.

Return for Lauren
The winning team’s teacher from The Free School was Lauren Sparrow, who interestingly enough had taken part in the competition herself about six years ago, before going on to study law before finally training as a teacher.

Showing how simply taking part in the competition is a great training for a future career, not necessarily specifically in law.