Despite having a chronic pain disorder, eight damaged discs in his spine, Arthritis and Tempro-mandibular dysfunction disorder Ian is fly to Australia where he’ll be attempting to cycle around 2,000 miles. It’s come earlier than planned and he’d looking for sponsors to help with accommodation costs. 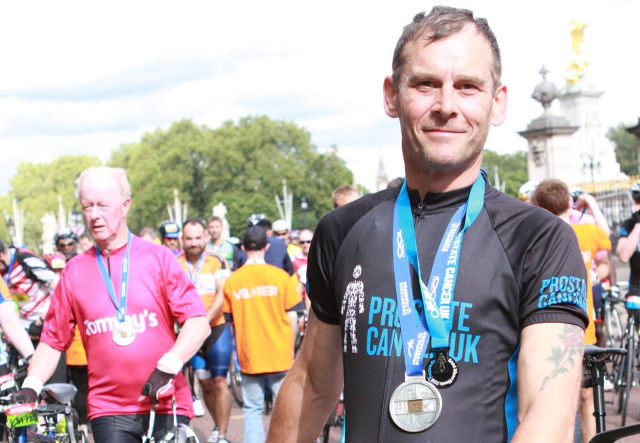 Islander Ian Gregory is offering individuals and businesses on the Isle of Wight the chance to get involved in his next big fundraising adventure.

Despite having a chronic pain disorder, eight damaged discs in his spine, Arthritis and Tempro-mandibular dysfunction disorder Ian is about to launch his 2018 fundraising season for Prostate Cancer UK and will begin by flying to Australia where he’ll be attempting to cycle around 2,000 miles.

Going down under
He’ll be cycling from Canberra to Sydney to Adelaide and will then follow the ‘Tour Down Under’ as closely as possible before heading back to Melbourne where he’ll take on the Cadel Evans Sportive and, he says, hopefully manage to ride the F1 circuit at Albert Park. As well as continuing to raise money for Prostate Cancer UK Ian is also hoping to fundraise for some specific Isle of Wight charities including Challenge & Adventure, Layla’s Trust, Isle of Wight Pride and the Isle of Wight Zoo​.

Can you help Ian?
Here’s where Ian needs your help. He says,

“The big cycle event in January has come six months earlier than I’d planned due to Baa Baa Bikepack being cancelled. As such, it has left me struggling to fund all of my accommodation costs while on the ride itself.

“Normally I would have used ‘Couchsurfing’ to find free accommodation, however, as I am joining five other cyclist for this event they have already booked hotel accommodation that I have to share the cost of.

“It has been suggested from a number of sources that I should be able to be sponsored for this cost and to offer businesses the chance to be advertised as a sponsor on our banners and event stall.”

Show your support
If you would like to help support Ian’s Australia Challenge a suggested minimum donation of £50 will secure your business logo.

A £100 donation will give your business logo prime placement. Donations over this amount will gain your own ‘Sponsored By’ banner along with leaflet and business card distribution.

For more information you can contact Ian directly on [email protected]

Alternatively, you can make a donation via Ian’s Go Fund Me Page.

A full year of fundraising
Following the mammoth cycling challenge in Australia, Ian will also be taking part in follow-up events over Easter in Newport, in August at the Zoo and in conjunction with the Heights and Medina Leisure centres in October supporting all five charities.

During his years of fundraising for Prostate Cancer UK, every penny donated goes straight to the charity. Ian pays for all his rides, banners, artwork, stalls and insurance etc.

Offering us the chance to fund his holiday, in reality, like folks who expect us to “sponsor” their parachute jumps/yacht cruises/burger-eating contests. The charities are being short-changed: why should donors’ cash be diverted away from the charitable aims? (see last week’s much-lauded bash for the great and the good (and the wealthy) at the Royal Hotel).