Inspirational women on the Isle of Wight are being celebrated today, International Women’s Day. Read some of the stories of these remarkable women who did remarkable things whilst on the Island. 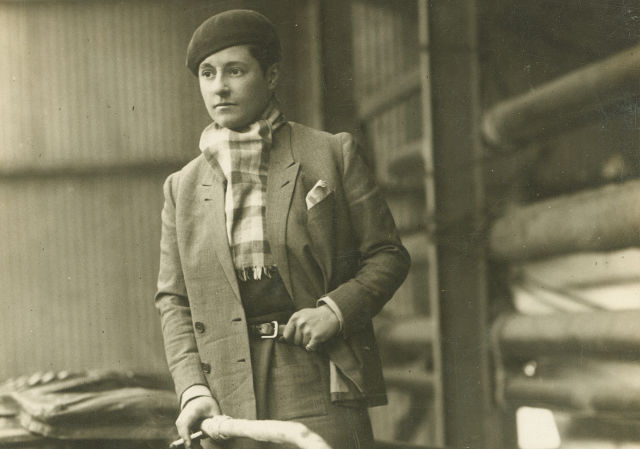 Today (Thursday 8th March) on International Women’s Day 2018, people around the Globe will be celebrating women’s achievements throughout history.

The theme for this year is #PressForProgress.

Now, more than ever, there’s a strong call-to-action to press forward and progress gender parity. There’s a strong call to #PressforProgress motivating and uniting friends, colleagues and whole communities to think, act and be gender inclusive.

Inspirational women of the Island
Here on the Isle of Wight we have many living inspirational women, making a difference every day, but there have also been many outstanding women in the past too.

There are some fascinating stories, from speed freaks to suffragists – follow the links below to find out more about a few of them through the Isle of Wight Hidden Heroes project:

The first three are the subject of some outstanding artwork on display at Quay Arts until 24th March – it’s well worth the visit.

Share your female Hidden Hero
If you know of a woman who did remarkable things whilst on the Isle of Wight, do please share them with us.

It’s full of inspiring stories from across the UK of the power of women to fight for change within their communities.

“I was surprised and honoured to be nominated as part of this project. Amnesty International have been defending human rights and building a safer world for over 50 years. In this centenary year of the vote it is a perfect opportunity to look at how far we have come, and how there is still much work to be done to expose human rights abuses both globally and locally.

“I’m so pleased to stand with Yve who is such an inspiration in her pioneering work with IW Pride and the LGBT community. There are so many other strong island women who could also be on this list: brave women who challenge and fight for a better world day in and day out, encouraging each other to keep going, and making the Isle of Wight a fairer and more just place to live.”

See more of the nomninations on the Suffragette Spirit Map of Britain.