Change of use application for former pub

The site has reportedly changed hands many times and been closed for years. 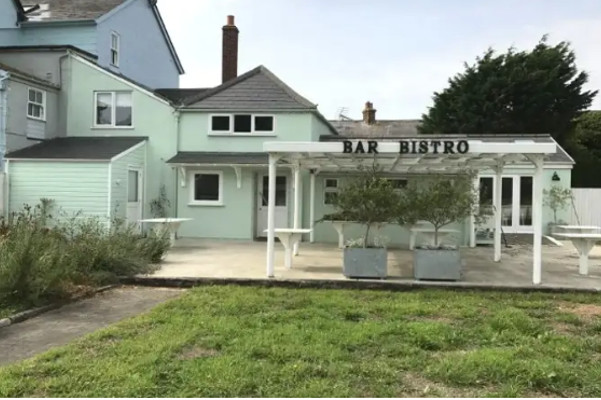 Part of the former Sandpipers Hotel is proposed to become a three bedroom house.

The Gate public house on Coastguard Lane, Freshwater Bay, remains unused following its closure in December 2017 and is now the subject of a planning application.

Change of use request
Charlotte Mortiboy, of John Street, Ryde, has asked the Isle of Wight Council to consider changing the public house to a three-bedroom dwelling, with an existing flat above.

In the planning application, she said:

“We have had to let the flat separately to the rest of the building to help towards paying the rates and bills.”

In 2014 Miss Mortiboy bought the site, which was part of the Sandpipers Hotel, renovating the pub and installing a flat upstairs.

Other venues accommodate the community
The site had reportedly ‘changed hands many times and been closed for years’.

“The Gate is now in an isolated location up a private road. There are many other locally situated public houses, cafes and bars to accommodate the community.”

Public comments can be made on the plans via the council’s Website.