Chernobyl children’s latest visit to the Isle of Wight

This is the eleventh trip organised to the Island for Chernobyl children. Spending time away from their home environment greatly decreases the amount of radioactive contamination within the children’s bodies and allows their immune system to strengthen. 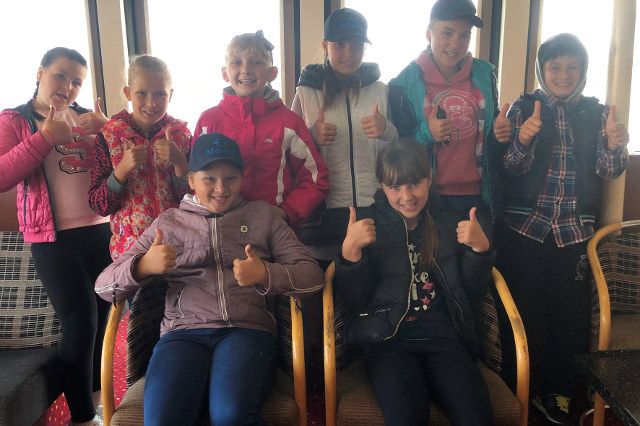 Several children from the Chernobyl area of Ukraine have enjoyed a special recuperative holiday to the Isle of Wight.

The group of eight youngsters aged between ten and 12 were treated to a range of activities during a three week break on the Island organised by the charity Island Hosts. It is the eleventh time Island Hosts has arranged the visit and once again the group has expressed its thanks to supporters of the project which includes the Isle of Wight College and Wightlink.

A visit to the luxury cruise ship Marina operated by the Oceana Group was a particular highlight this year.

“Spending time away from their home environment greatly decreases the amount of radioactive contamination within the children’s bodies and allows their immune system to strengthen prior to the onset of puberty when cancers tend to strike.”

Extra respite
But this year, the trip has also provided respite for a young girl whose family had moved to escape the war in the east of the country and a child whose father had died days before she left for the Island.

“Whatever the reason they are here, the Island provides a fantastic sanctuary for these children and for three weeks they are able to enjoy a carefree time – as all youngsters should be able to.”

“Island Hosts raises the £500 it costs to bring each child to the Island through a series of events each year and we rely on the tremendous generosity of Island people and businesses to continue our work.

“But it is a real team effort. Besides Wightlink who give us free travel and the Isle of Wight College who lend their minibus for airport transfers, many Island attractions allow us free entry and our wonderful host families provide free board and accommodation and transport children to the daily outings across the island as well as providing clothes as many children arrive with little as their parents cannot afford a change of attire.”

“Once again we were delighted to support Island Hosts. We hope the visit gave the youngsters a wonderful experience and that they will take away with them some special memories of the Island.”

such a wonderful thing to do for those children who have suffred so much. Thank you x