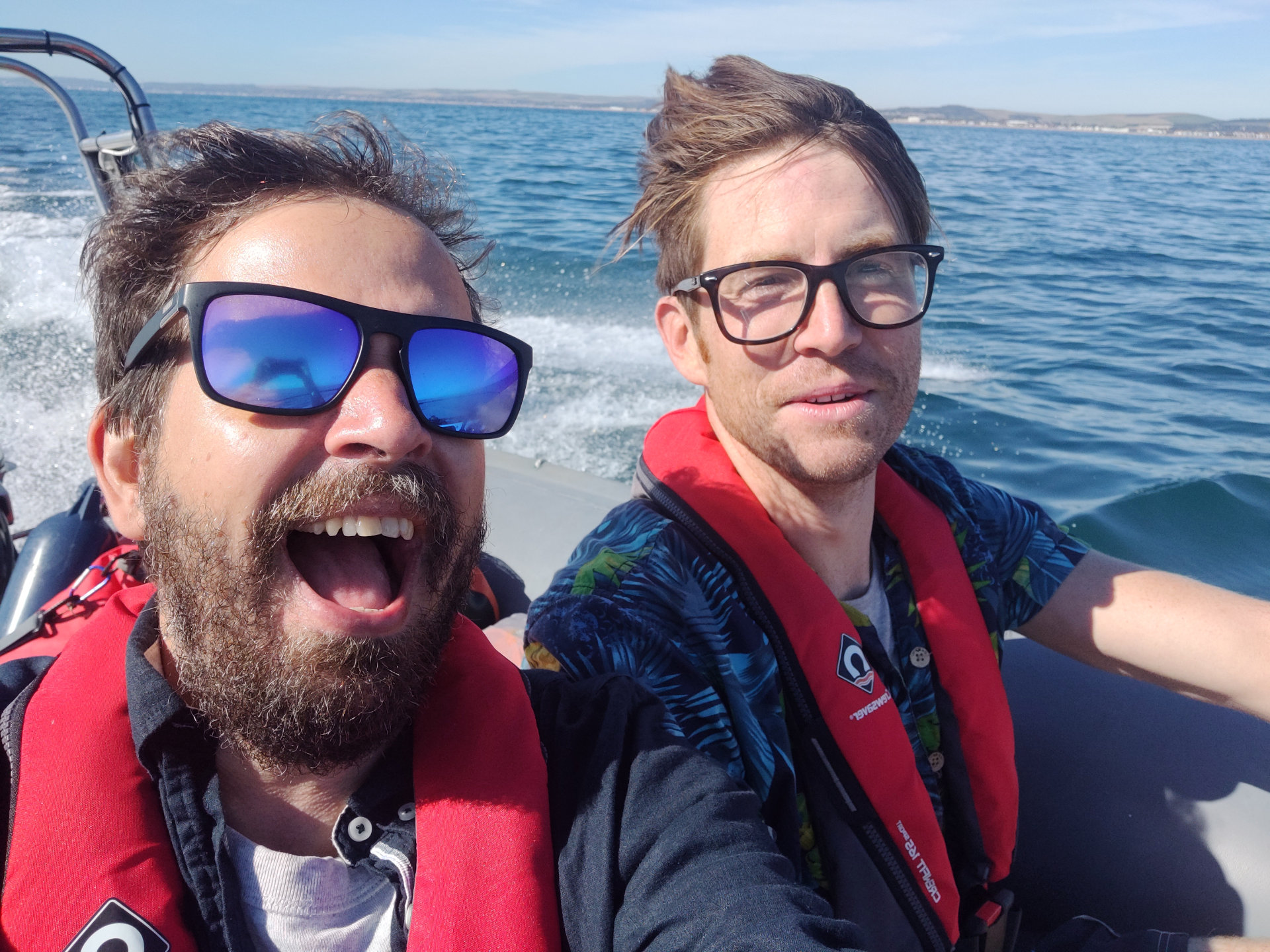 With over 7m views and over 70,000 subscribers, Harry Dwyer is a bit of a YouTube sensation.

The designer, video director, stopframe animator, inventor, electronics designer and aircraft upcycler is currently embarking on a 1,700 mile challenge to circumnavigate Great Britain in a teeny-tiny speedboat and drops by to the Isle of Wight in Part Two of the series.

Harry talks to OnTheWight about the experience and shares some pics from the Isle of Wight leg of the trip.

Stormy start
Having set off near London Docklands in the summer, once he reached the English channel, Harry headed in a clockwise direction making his way down towards Margate and on to Eastbourne.

He and his co-pilot, Sam took quite a battering in some storms (and the boat too), so Harry decided to take advantage of the calmer waters of the Solent for Part Two (see below).

End of the summer
Filmed near the end of the summer (anyone remember those warm balmy days?), Harry and his co-pilot for this leg of the journey, Charlie, chose to stop off and bed down on a beach on the Isle of Wight before heading further west.

“I’ve never been to the Isle of Wight, whilst Charlie had been once many years ago on a school trip. We came across the sea forts in the Solent and launched the drone around the derelict Horse Sands Fort and the Hotel, No Man’s Fort, sadly we were not booked in for the night.

“However we stopped for a brilliant night’s sleep camping on the beach on the north of the Island near Queen Victoria’s bathing machine. We pitched our tent on a deserted beach accompanied only by a seal and some Herons.”

Harry went on to tell OnTheWight,

“It’s been a fascinating journey so far and I’ve realised how little I know about the coast of the UK. Many of the places I know only by name so it’s been interested to really understand where they all are in relation to each other and how the terrain varies.

“After breakfast on the beach we stopped in Yarmouth for fuel and a good chat with the Marina guys about our trip and what to expect on our short crossing to the Dorset coast and so passed The Needles, where the rocks made for great drone footage. “

“I have to admit, whilst I vaguely recognise The Needles they feel like they are not as well known as they should be. Launching the drone in such a small boat is a tricky and stressful business so these moments are always clouded with the threat of losing both the drone and any footage on it. But so far we’ve been lucky.”

Harry explained that he’s taking his time on the challenge to allow him to edit the videos and fit in the odd bit of paid work in between. He says Part Two featured the last of the warm weather, so things are going to get a bit less holiday-feeling pretty soon.

Watch the video
We’d recommend watching the entire thing (plus Part One), but if you’re keen to get to the Isle of Wight section, it starts here at 13:47

Harry has loads of other very interesting videos on his YouTube channel.