The Island Line depot team are widely respected for their work, so it’s no surprise that they picked up this commendation at the National Rail Awards 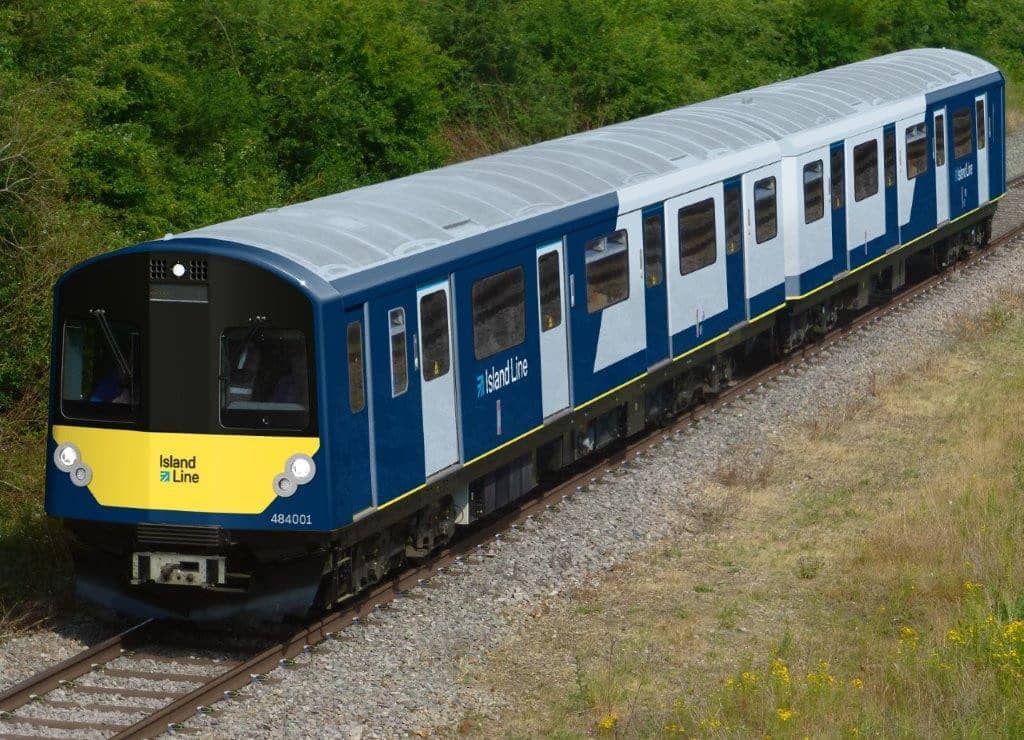 The commendation is fitting recognition of the extraordinary work of the small team at Ryde St John’s depot who have kept services running for the 140,000 Islanders and millions of visitors.

Widely respected
The depot team are widely respected throughout SWR for their ingenuity and hardwork, learning new skills, and embracing innovation and technology, to provide a reliable service for customers. The commendation also reflects their great relationship with local suppliers on the Island, for example in helping to source parts that are no longer manufactured for the former London Underground trains.

After more than eight-decades of service – both on the mainland and more recently on the Island – the units are about to embark on a well-earned retirement, with newer trains set to take their place. Following a £26m investment, the current fleet, which entered service on the Island in the 1970s, will be replaced by the Class 484 trains from Vivarail (below).

The Sustainable Business Award was also awarded to SWR for the key role the emissions reduction technology plays in promoting a sustainable transport system and helping the industry face up to climate change.

Developed in partnership with rolling stock company, Porterbrook, and emissions specialist, Eminox, the system produced tangible results following a ground-breaking trial earlier this year. The technology can reduce nitrous oxides and hydrocarbons by 80 per cent, and carbon monoxide and particulate matter emissions by more than 90 per cent, in mid-life diesel trains.

SWR was also recognised at the National Rail Awards for a number of other initiatives:

“We’re committed to improving the railway for the communities we serve, but we can only deliver first rate journeys thanks to the innovative ideas and hard work of our colleagues.

“Our success at the prestigious National Rail Awards show how we’re not only helping to deliver a sustainable, safe, modern and accessible railway for all, but we’re willing to work with others to achieve this by implementing great ideas.

“I want to congratulate everyone on their success.”

News shared by South Western Railway Press Office, in their own words. Ed

Glad this team is being recognised. Keeping that underground stock in operation until now is little short of miraculous! Hopefully the replacement trains will be as reliable as the current ones have been for most of their lifetime…