People were very clear about who should and shouldn’t be included! The notable people were chosen because they were interesting and perhaps not so well known, or were seen as inspirational 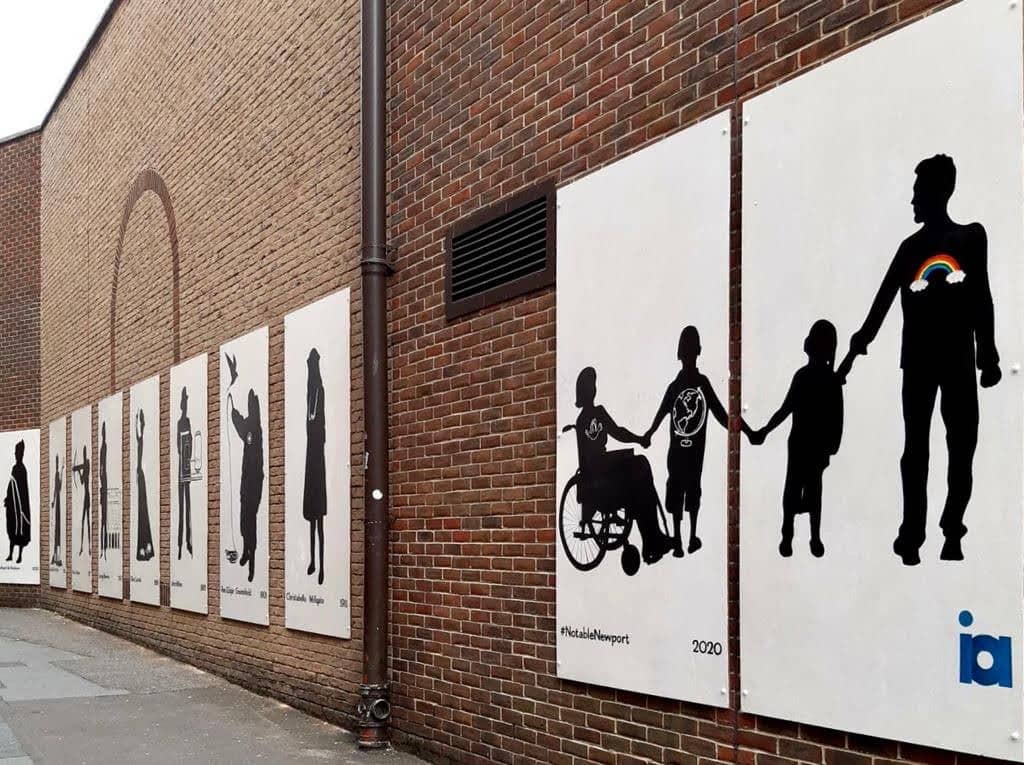 A street art project dreamt up by Newport and Carisbrooke Community Council and local charity Independent Arts has been installed in Newport’s Cockram’s Yard (the footpath between Iceland and TK Maxx).

The project, also supported by Shaping Newport allowed people to learn more about notable characters from Newport’s history and had the chance to design the look of how these characters were represented in the final piece.

Griffiths: “People were very clear about who should and shouldn’t be included”
Independent Arts Community Engagement Manager, Hannah Griffiths, says,

“Notable Newport has got the Newport community really involved. We ran story sessions telling people about some of the colourful characters from Newport’s History, starting in libraries and community groups then on YouTube when we all went into lockdown.

“People were very clear about who should and shouldn’t be included! The notable people were chosen because they were interesting and perhaps not so well known, or were seen as inspirational.”

“This is the third street art project in Newport Central, created with the local community and this one has special resonance with our town.

“It’s been fascinating finding out about the people that contributed to the life and growth of Newport and now seeing them up in Cockram’s Yard, more people can be introduced to these Notable Newportonians and delve deeper into our local history.

“This project was started a year ago so I’m really pleased with the hard work of Independent Arts in completing it under difficult circumstances.

“It’s perfect timing as we commence the High Street Heritage Action Zone which is £1.4m of investment, over 4 years, in the core shopping area of Newport, made possible by the Shaping Newport partnership between NCCC, IW Council and Newport Business Association”

Inclusive and diverse timeline
The groups were also asked how they would like to see 2020 represented on the historical timeline. All the groups felt that the image should be one if inclusivity and diversity as they felt there is more that units us than divides us in our community. Images chosen were adults and children, a dove, a rainbow and the earth. Local artist Trudie Wilson helped bring everyone’s ideas to life.

Visitors are invited to take a selfie with the characters and tag #notablenewport in your images.

To find out more about the Notable Newport Characters head to the Newport and Carisbrooke Community Council Website.