The Cowes Medina councillor says that for four years she and others have provided bulletproof engineering evidence that Floating Bridge 6 was not fit for purpose. Read hers and the town councillor for Osborne’s damning review of new scrutiny papers 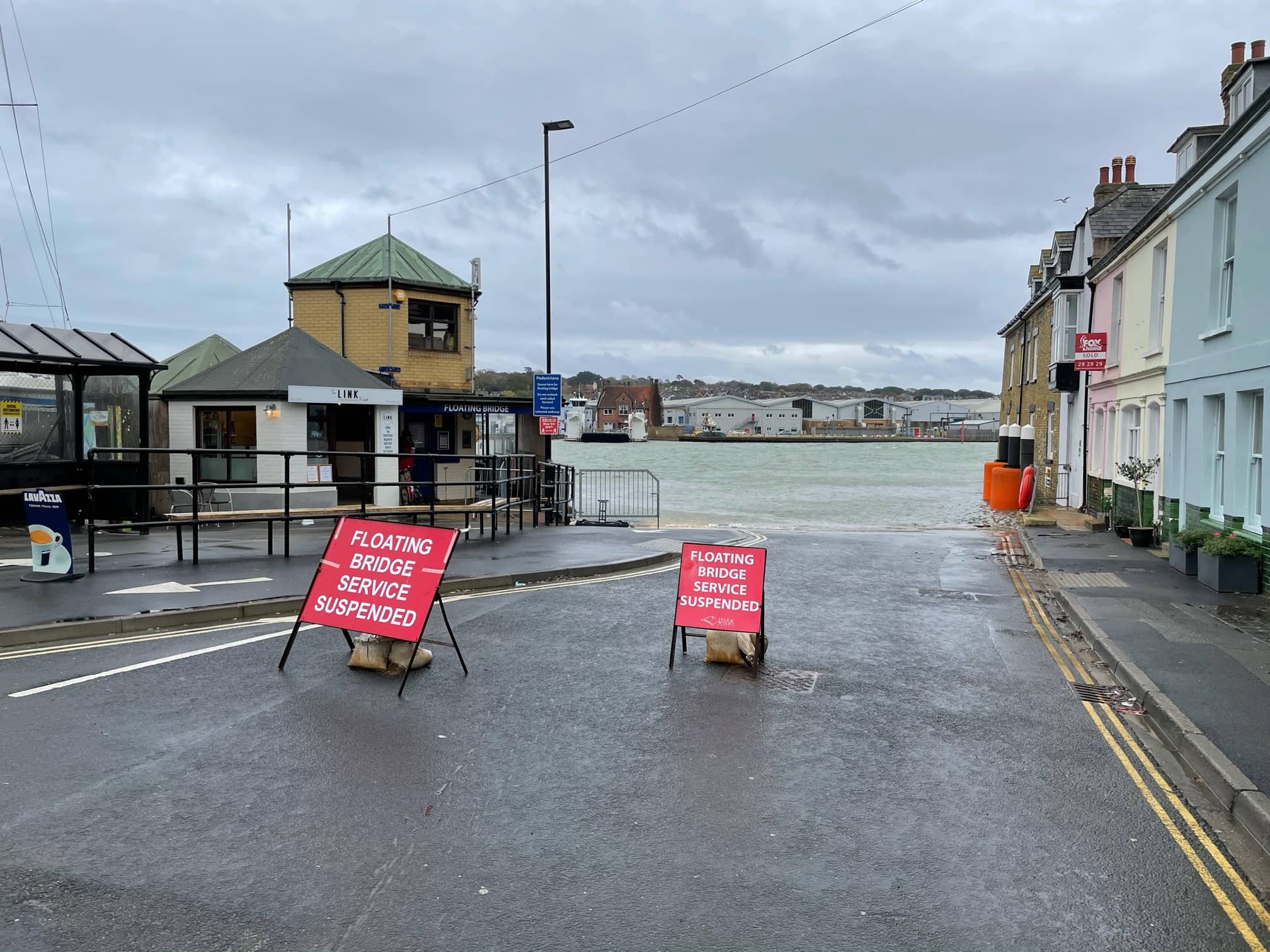 Next week the Isle of Wight Council’s Corporate Scrutiny Committee will be receiving the highly anticipated update on the Cowes Floating Bridge.

In response to the papers released for the committee meeting, East Cowes Town Councillor, Cameron Palin, and Isle of Wight Councillor Lora Peacey-Wilcox share this release. In their own words. Ed

Despite repeated warnings these last four years from professional engineers and Islanders, the Isle of Wight Council continues to waste money on Floating Bridge 6, even after voting to raise council taxes.

Local councillors have condemned the Council’s leadership’s latest attempt to explain their way out of what went wrong with the floating bridge, and that the Council continues to ignore sound, engineering advice.

“For four years, I and others councillors around the Medina have tried to work with the current leadership and provided bulletproof engineering evidence that this floating bridge was not fit for purpose.

“Instead, the council has wasted almost another floating bridge’s worth of money on it, and it still doesn’t offer a reliable and frequent crossing.”

“These Scrutiny documents cover old ground, repeating the same old story with holes in it, and do not address why for the last four years the Conservative leadership have chosen to waste millions on this bridge, against engineers’ advice.

“The Council appears to have hidden behind a legal case for four years now.  We have not heard anywhere in these Scrutiny documents that the Council is promising to get full financial compensation, ie the many millions that have been spent on Floating Bridge 6.  Unless the Council gets the millions back, we potentially could be left with a dysfunctional floating bridge and a financial black hole.”

Palin: FB6 out of action more than 20 per cent of the time
He added,

“We need a new floating bridge that is as frequent and available as Floating Bridge 5 and that doesn’t continue to cost the taxpayers money.  Four years down the ‘river’, we have a floating bridge that’s out of action more than 20 per cent of the time, has long wait times, and continues to wreck local businesses and the economy as a whole.

“We’re tired of the Council’s posturing and their weak and often incorrect excuses, and their refusals to have done proper unbiased independent engineering audits of the whole floating bridge.  It’s severely long overdue that the Council listen to the many engineers who have shown them that the hydraulics were going to fail, and a long list of technical problems, stemming from early on.”

“Non-engineers such as a consulting company do a limited procurement review only – and the Council reviewing itself – are not what has been needed: proper, unbiased independent engineering audits and scrutiny of engineering technical documents.

“Floating Bridge 6 also costs more to run and will add up to a lot of taxpayer money unnecessarily being spent over the next 25 years.”

“There is no declared plan in these documents as to where the Council is headed with the floating bridge and if it will stop wasting money – whether this be thrusters or whatever – and no engineering proof that they will work and make an excellent frequent and reliable bridge.    And there is no declared fallback position – i.e. Plan B if Plan A either fails to stand up to scrutiny, or, worse, bypasses proper scrutiny and fails in service!”

Watch the debate
More information about the floating bridge will be discussed at the Isle of Wight Council Scrutiny meeting at 5pm, Tuesday, 9th March.

newest oldest most voted
confidential
The paper to be presented to the Scrutiny Committee on 8th March seeks to exonerate the IW Council Officers and the Chief Executive from the very responsibilities for which we pay them. These Officers have demonstrably failed to procure a reliable vessel upon which two communities depend resulting in massive detrimental effects to both East and West Cowes businesses and communities. Floating Bridge 6 should be scrapped… Read more »
Vote Up67-1Vote Down
Benny C
Hmm. Let’s think about this. I get the need for a procurement review and so should any Councillor who has an iota of understanding of the mediation process. Experts looking at the mechanics of the entire process is a key part of a framing a successful legal case. Suppliers and designers aren’t experts in conducting a legal review of contract procurement and process. Neither are IOWC staff.… Read more »
Vote Up64-9Vote Down
Angela Hewitt
That is a brilliant ramble Benny C. Unfortunately the majority of the electorate won’t have read it. They are not interested in politics apart from 1 day every 5 yrs. You would be surprised how many people don’t even watch the news on TV. But they will listen to the rubbish printed in the mostly Tory supporting newspapers. These days most people only read soundbites and head… Read more »
Vote Up16-3Vote Down
Spartacus

Politics is every day stuff, it’s debate, conflict, agree or disagree, compromise we all do it in one form or another.

Engineers and islanders said from day one it is not fit for purpose and not to waste money on it. The IW Council staff members who were in charge of Floating Bridge 6’s design and build should be ‘fired’ for such bad project management.

They project managed it – best laugh I have had all day. A monkey could have done a better job.

That’s an insult to a monkey.

Vote Up50Vote Down
snowwolf1
To hell with election can we not do a vote of no confidence in the Council. Bad enough we are now facing a 4.99% increase in tax, yet with so many out of work or on benefits how the heck are they meant to pay. The floating bridge is the biggest debacle ever and it would have been cheaper and more productive not only to residents but… Read more »
Vote Up13-1Vote Down
Spartacus

I register my vote of no confidence today, let’s all do it and get rid of the cancer that is killing this Island.