A Delegated Decision was made today by Cllr George Brown agreeing that Liz Earle Beauty Co. Limited be treated as a special purchaser for the council-owned land adjacent to Ryde Business Park. 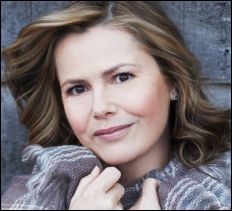 The Delegated Decision Report issued at the beginning of the month revealed that Liz Earle Beauty Co. Limited “has immediate expansion plans for the site that will result in an increase in the supply of jobs to the island and needs to progress these plans whilst it has capital resources available to do so.”

Protecting the potential of future jobs
The decision to treat the sale in this way, rather than put the land on the open market was influenced by the “high risk” that to do otherwise may not result in the new jobs being created on the Island.

Liz Earle Beauty Co. Limited will be funding independent valuations of the site which will be considered as part of the sale process.

Full details in the DDR embedded below for your convenience.

That must have been a tough decision! :-)

Just hope the land doesn’t end up as another housing development in the future like everywhere else on the Island.

Our understanding is that the land is being purchased for expansion of the business, leading to 500 new jobs. Not housing.