Despite repeatedly saying she would vote against the application, the councillor actually voted in favour, passing it by six to three 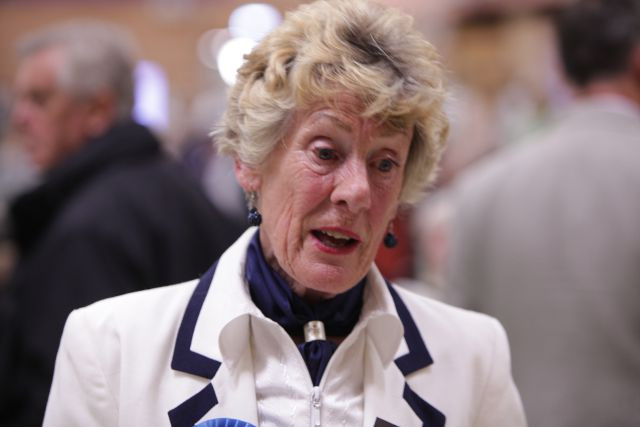 Confusion in the council chamber meant a planning application was approved by one more vote than it was meant too — following a councillor’s repeated claim she wasn’t going to vote the application through.

Outline plans for 17 dwellings have been agreed by the Isle of Wight Council’s planning committee on Gibbwell Field, between Nettlestone Hill and Seaview Lane in Nettlestone.

A break in the proceedings between those voting for and against however caused confusion meaning Cllr Vanessa Churchman, who continually claimed she would oppose the plans, actually voted in favour, passing it by six to three.

Dramatically changed plans
Plans for Gibbwell Field were submitted by SGJ Bloombridge in 2012 and have changed dramatically since.

Some of the first proposals seven years ago included allotments, a bigger housing development, a community hall and a First World War memorial.

Now, former workshops at the top of the field will be demolished to make way for residential units, a car park for the use of Nettlestone Primary School and a footpath through the site.

However, Nettlestone residents have been opposed since it was first made public.

Redpath: It must be refused
Patricia Redpath said she had the weight of the community on her shoulders and the school’s request for a car park was ‘shameful’.

“I have seen so much emotion and desperation over losing any of our green fields.

“If it is approved the development will diminish the setting and character of our village — it should not be under consideration, it must be refused.”

“There is a problem here — this parish council does have a housing need and it hasn’t been delivered. The last development here was over ten years ago.

“We need to encourage housing on the Island.”

Barry: Would seriously harm the rural character
Cllr Reg Barry, ward councillor for the Nettlestone and Seaview area, complained about the site visit the planning committee took — after not being shown inside the warehouses, unlike the planning inspector.

“Have our policies changed so much that we don’t want to protect our rural villages? This shouldn’t be here.

“It would seriously harm the rural character, I believe we still need to protect that beautiful site.”

Cllr Barry did not vote as he represents the ward affected.

Work will begin on the site once reserved matters — appearance, landscaping, layout and scale — have been approved, and brought back before the planning committee as requested.

No more housing on the Island. It’s already overpopulated.

Who really believes a word these Conservatives say anymore?

They are as slippery as they come.

Vote Up30-3Vote Down
Eagle eye
A bit here a bit there and before you know it all we will have is a concrete jungle. This madness has got to stop. All these developments are being pushed through without a thought to impact they will have. Soon the whole east of the island will have no green spaces just a polluted beach from all the extra sewerage produced by all the extra people… Read more »
Vote Up17-2Vote Down
davimel

No big suprise that we get let down after ‘promises’ from quasi political wannabe’s. Time for a spring clean and a bit of logical thinking for housing I think.. It’s in our hands to change the status quo but I think we all know that ‘behind the scenes’ wrangling gets a silent majority to vote them back in year after year… Doomed!

I personally cannot see any problem at all with this small development. The comments below are only from very small minded, snobby, Village Island residents.

Vote Up2-4Vote Down
davimel
As I don’t fit your description of the posters here I assume I can respond? The point of the posts are not about the development per se, but over a councillor saying one thing to appease objectors and then doing the exact opposite! Being lied to by those in power may be fine with you, but those who are sick and tired of being lied to are… Read more »
Vote Up5-1Vote Down