Another Classic in Cowes for powerboat racers (photos)

Last weekend saw the return of the 200 mile race that takes powerboats from Cowes to Torquay and back to the Isle of Wight. 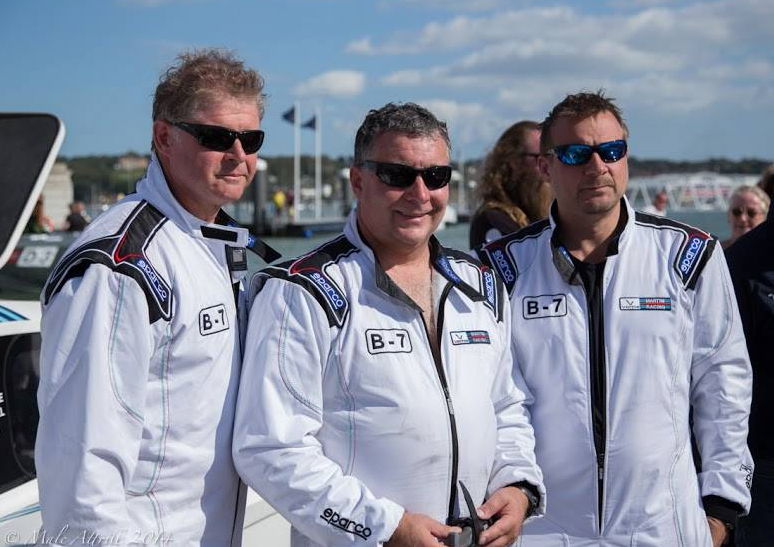 Congratulations to organisers and competitors taking part in last week’s 200 mile powerboat race from Cowes to Torquay in Devon, and back to Cowes again.

The Cowes Classic Race, which has been running since the 1960s was the brainchild of Sir Max Aitken.

OnTheWight reader Malcolm Attrill was in Cowes with his camera over the weekend and has kindly shared photos he took of the event.

It’s a great set of photos and for those who didn’t see any of the action, gives an idea of the type of boats taking part.

The racers
The chaps in the picture above are Simon Powell (throttle), Peter Dredge (pilot) and Mal Crease (navigator), the winners of the race in the Vector Martini.

The competitor in the red racing suit in photos below is Nick Dodge, who races with his brother in the Smokin Aces boat. They finished in second place.

For more detail on the event and for full results, see the official Website. 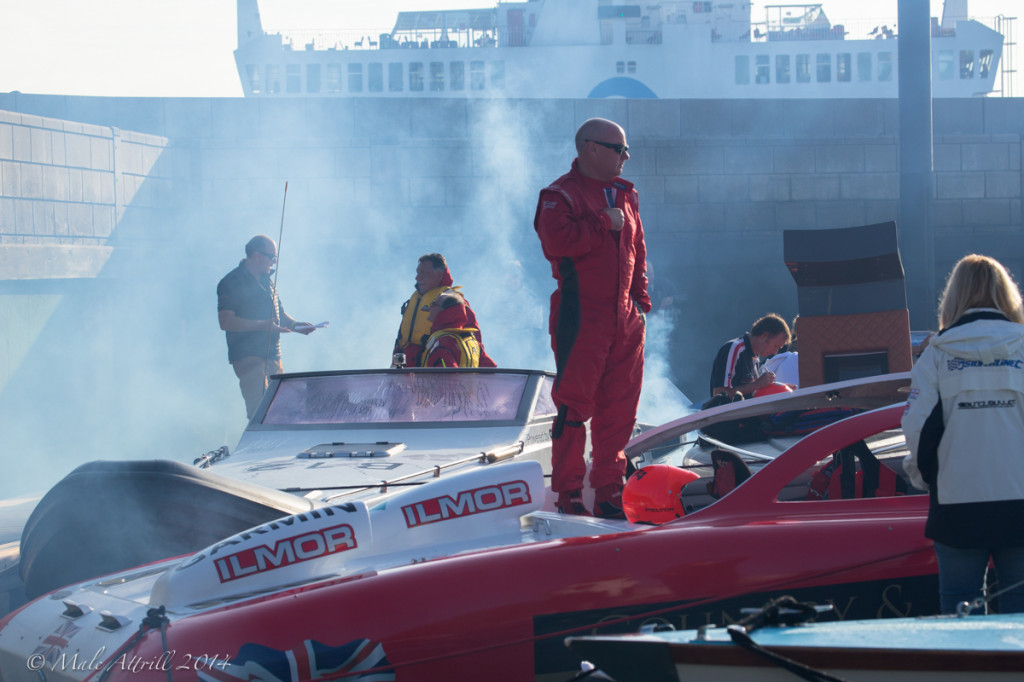 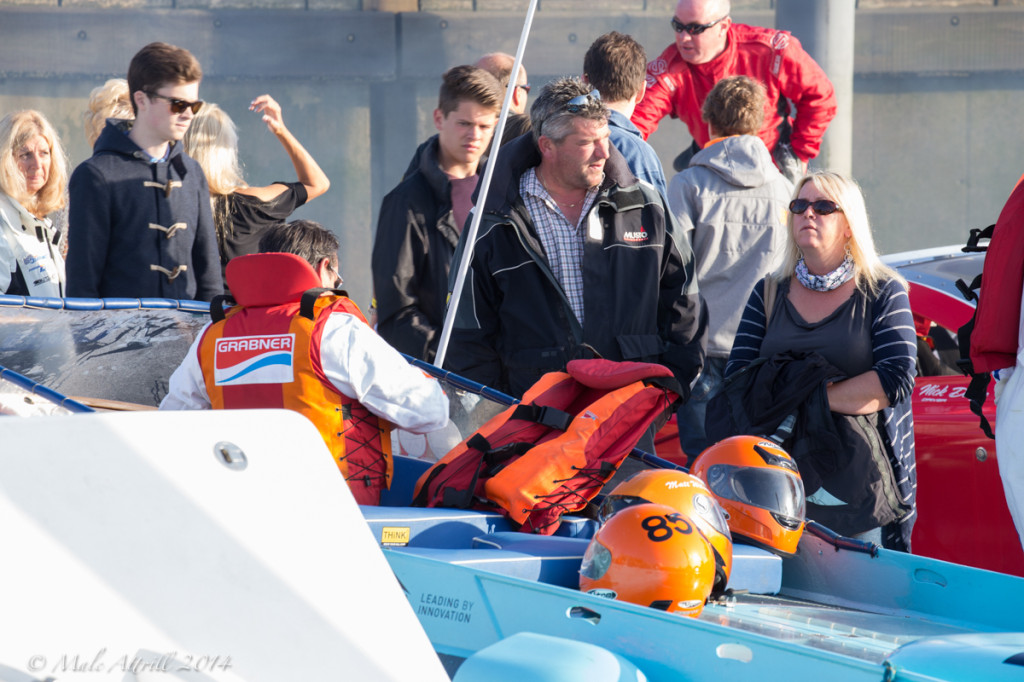 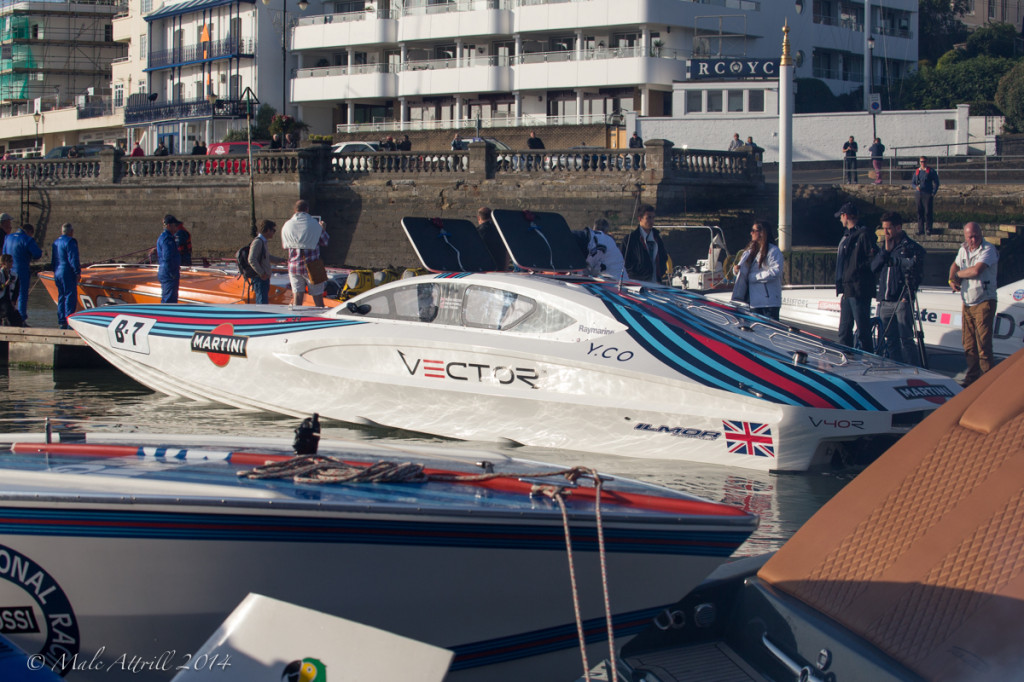 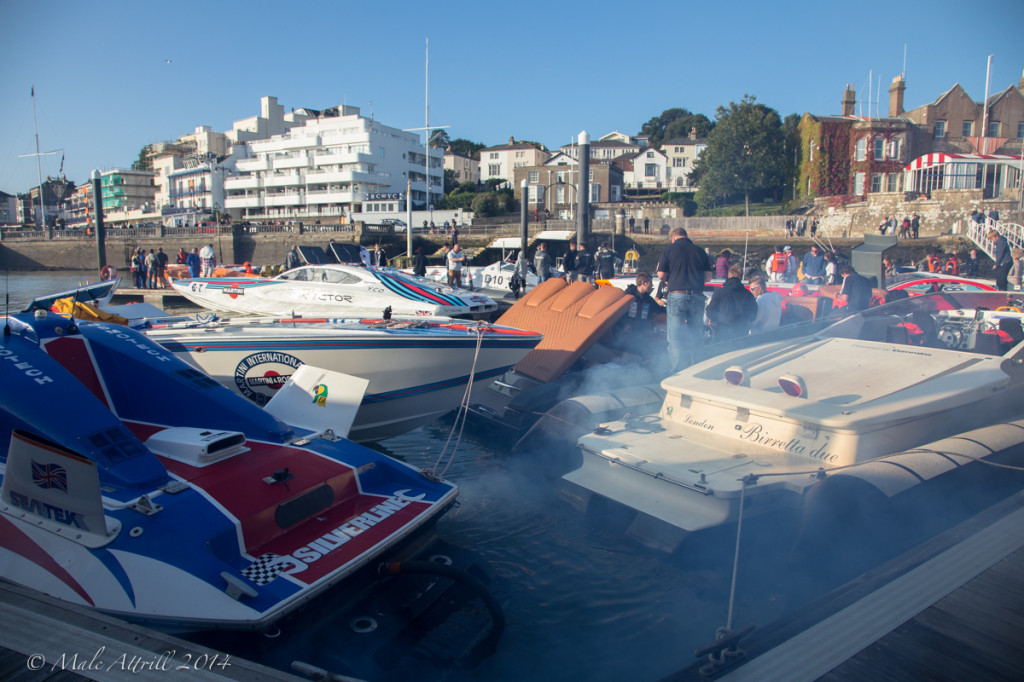 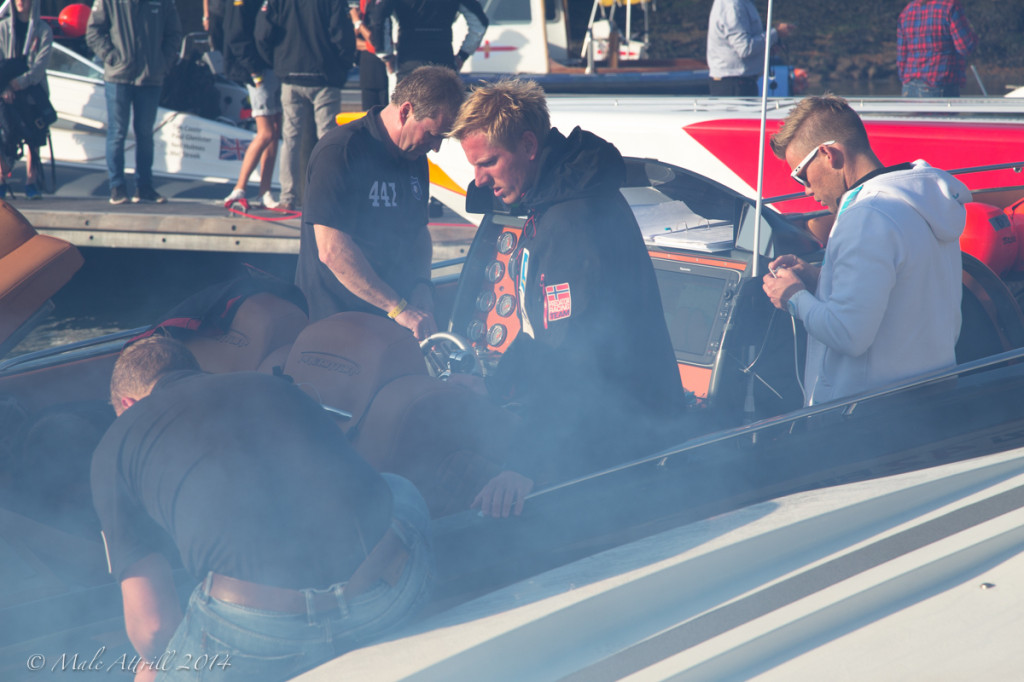 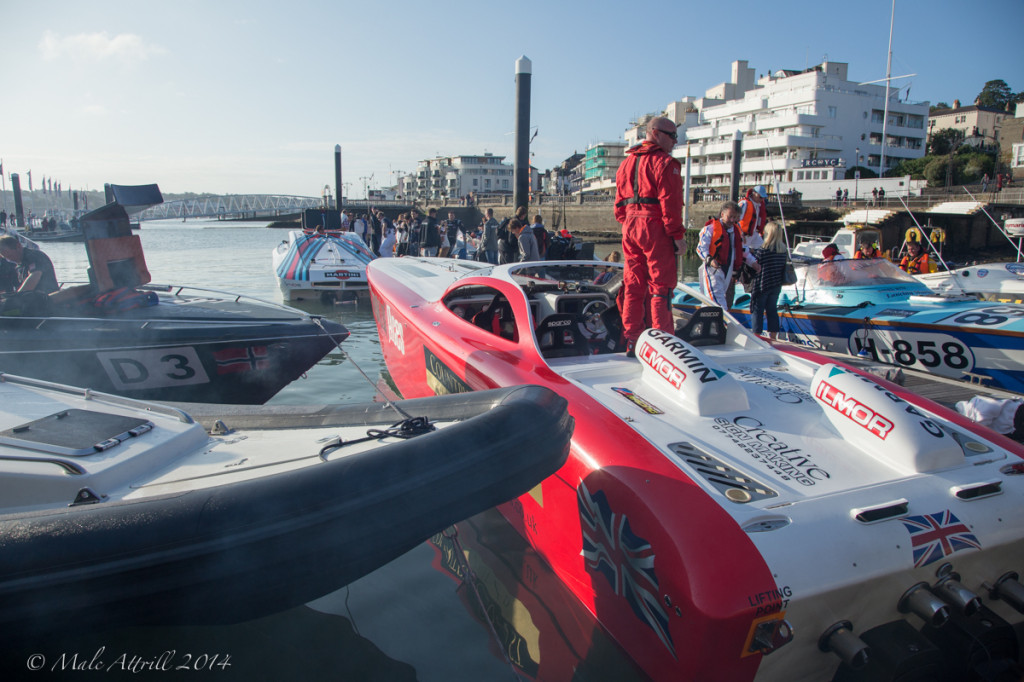 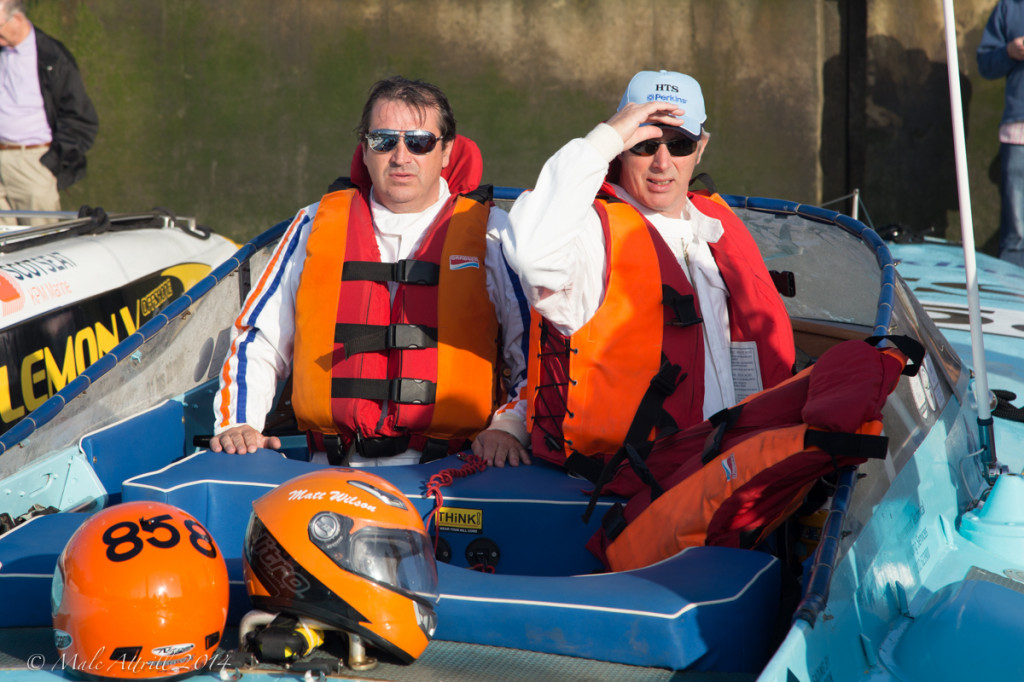 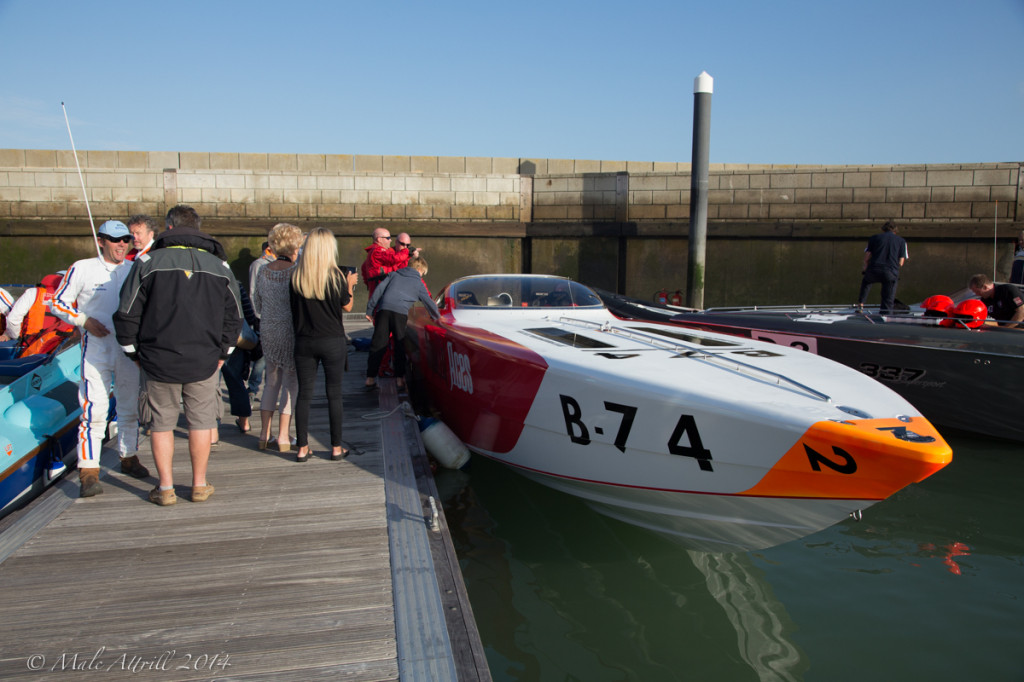 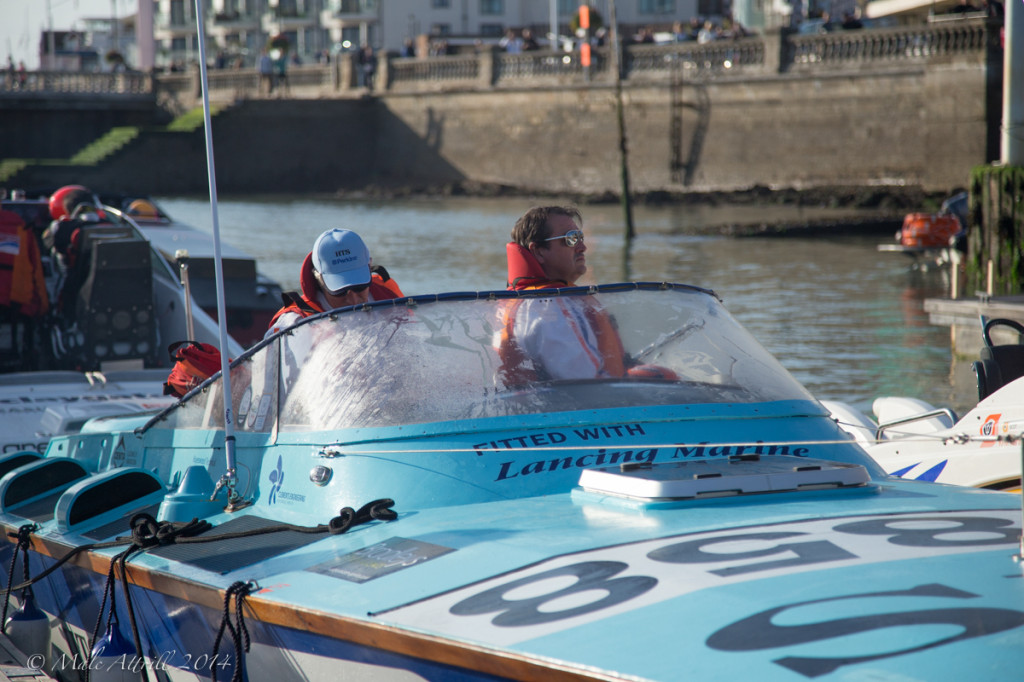 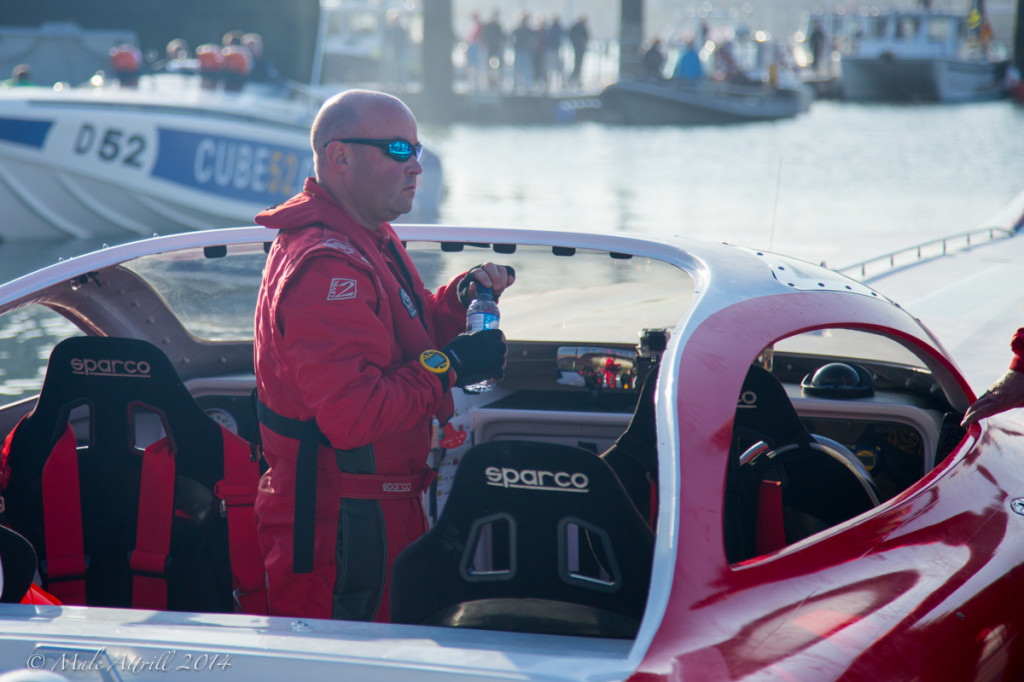 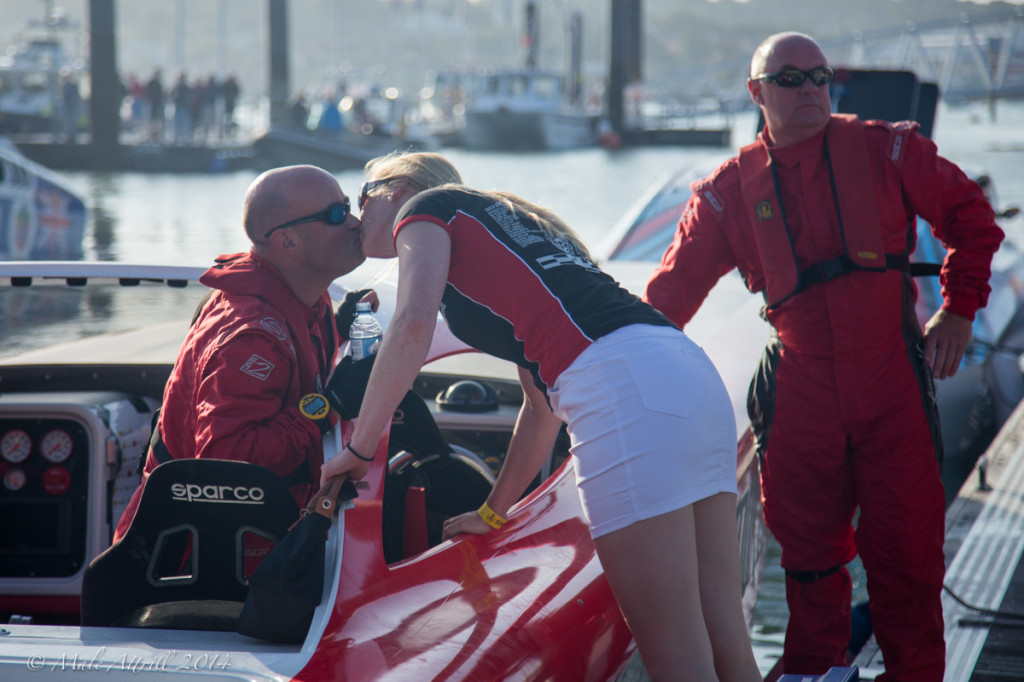 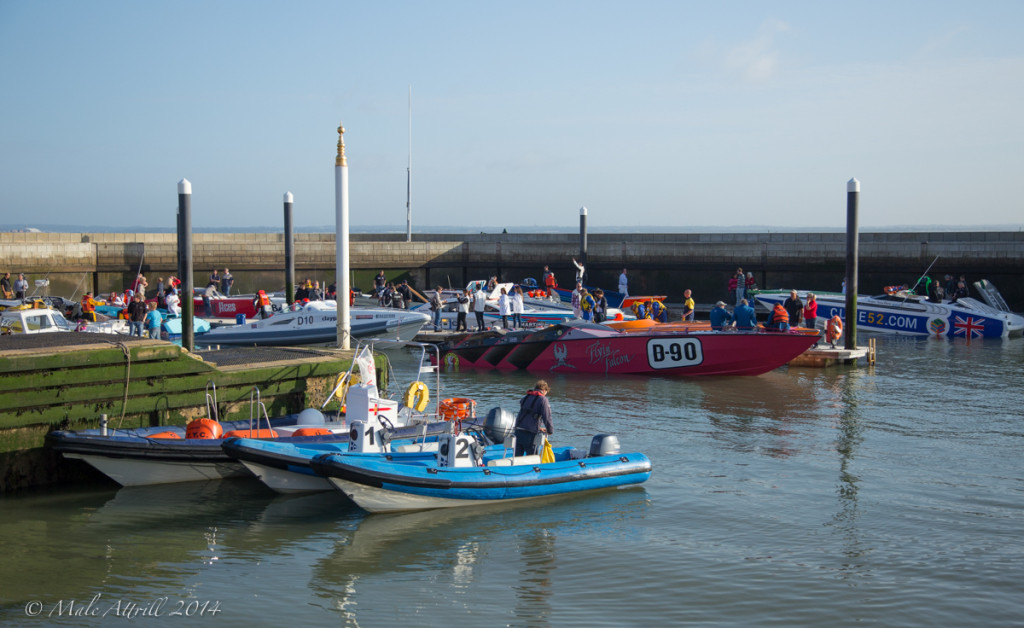 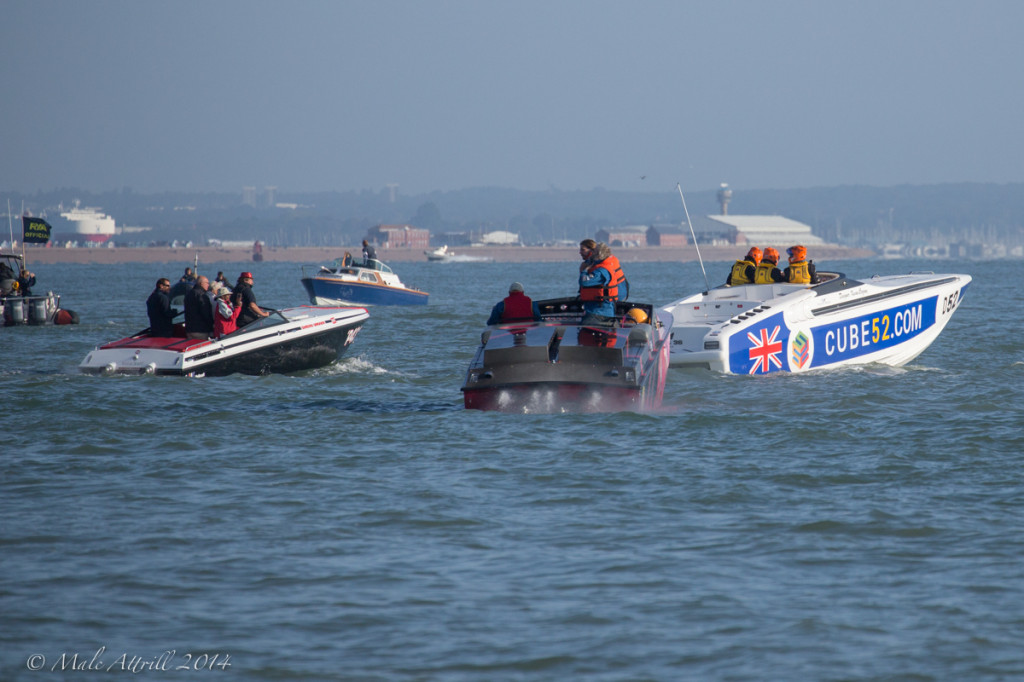 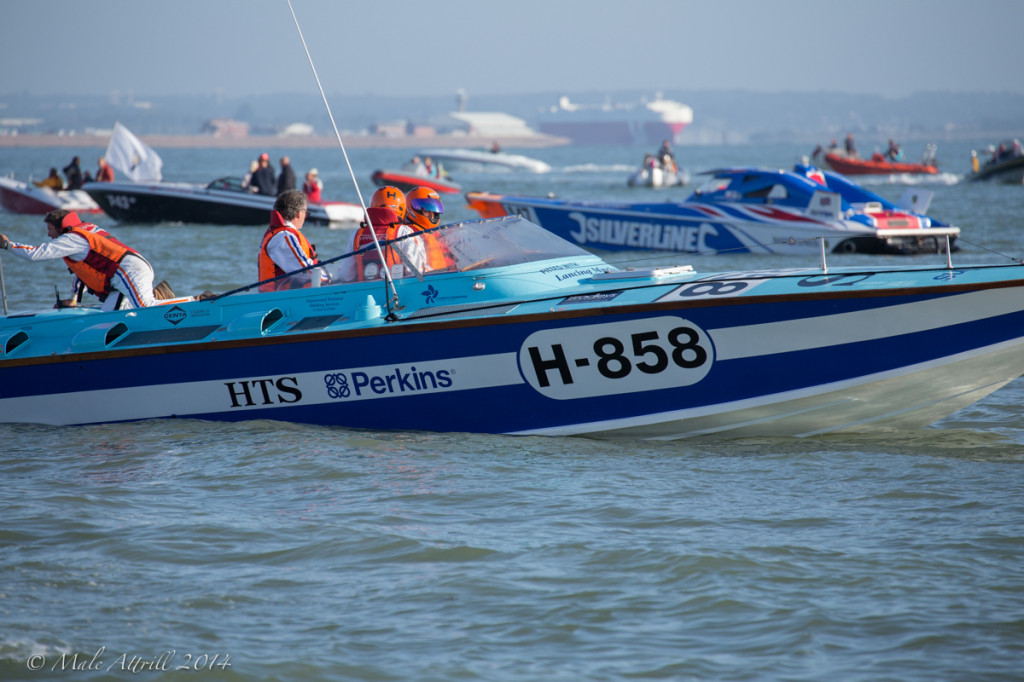 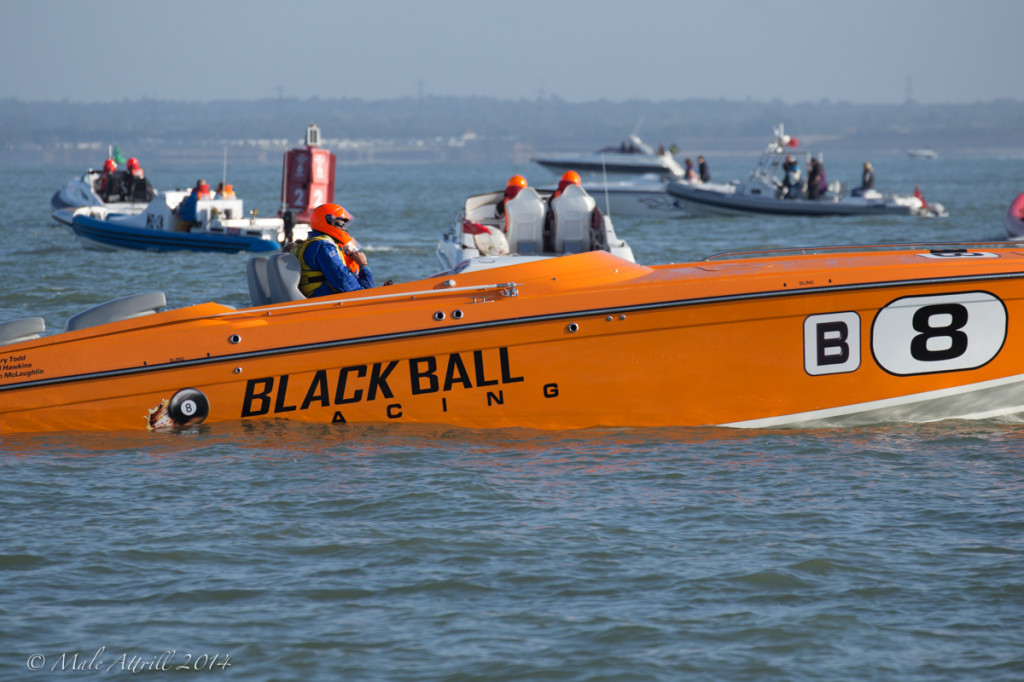 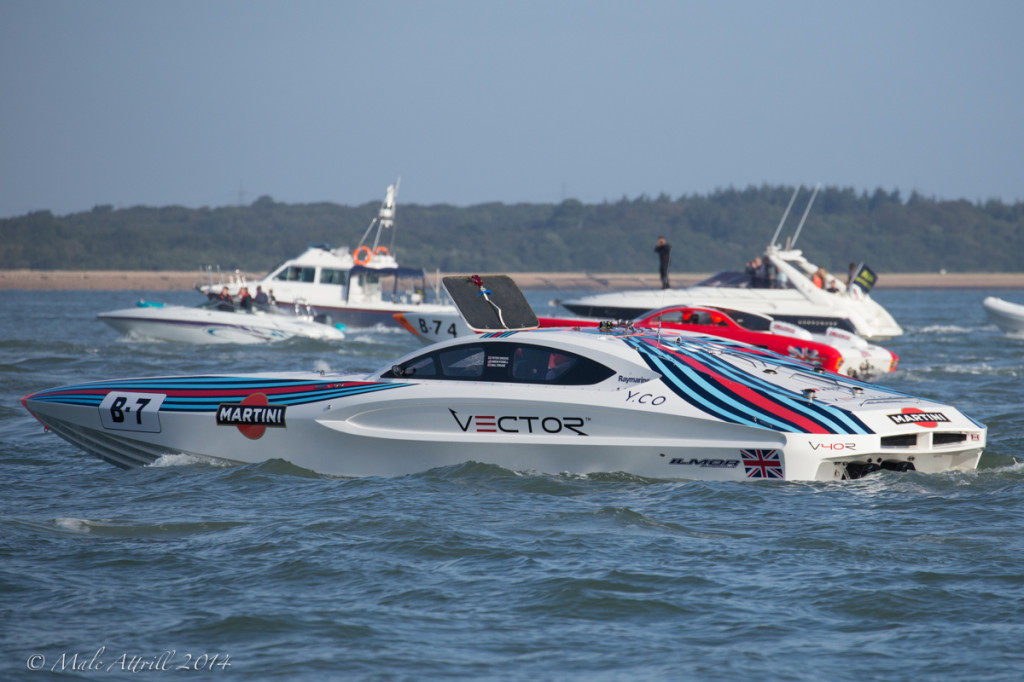 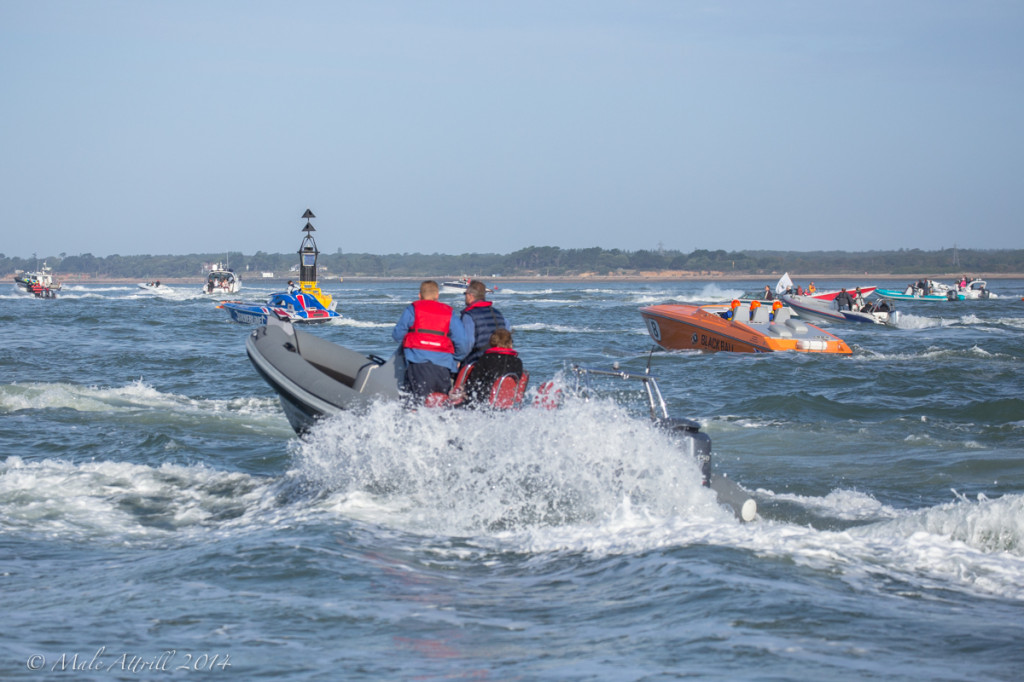 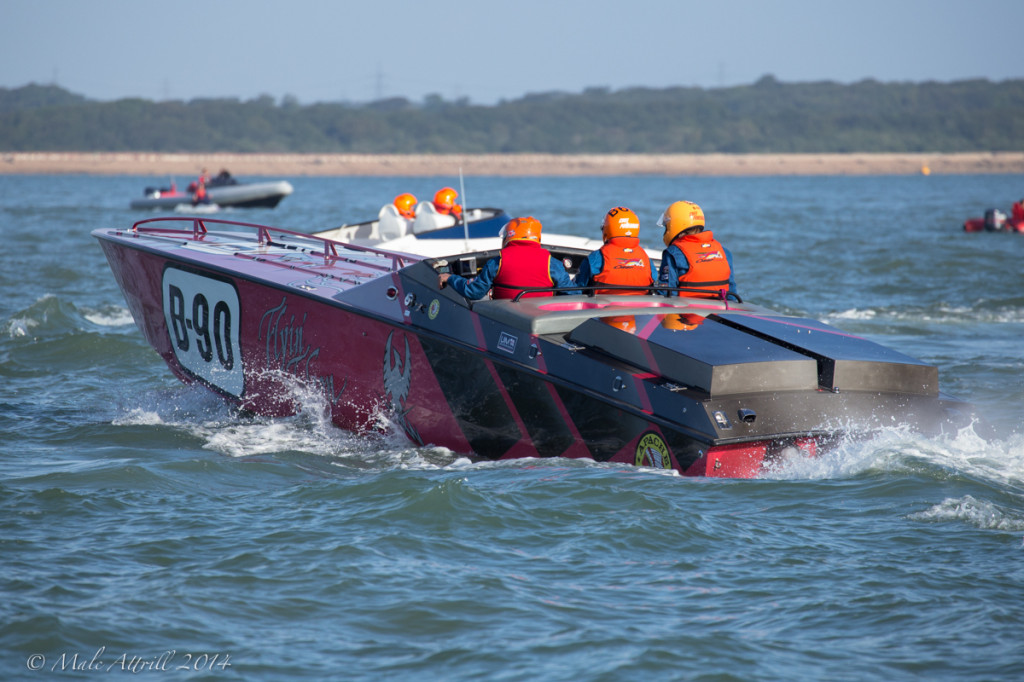 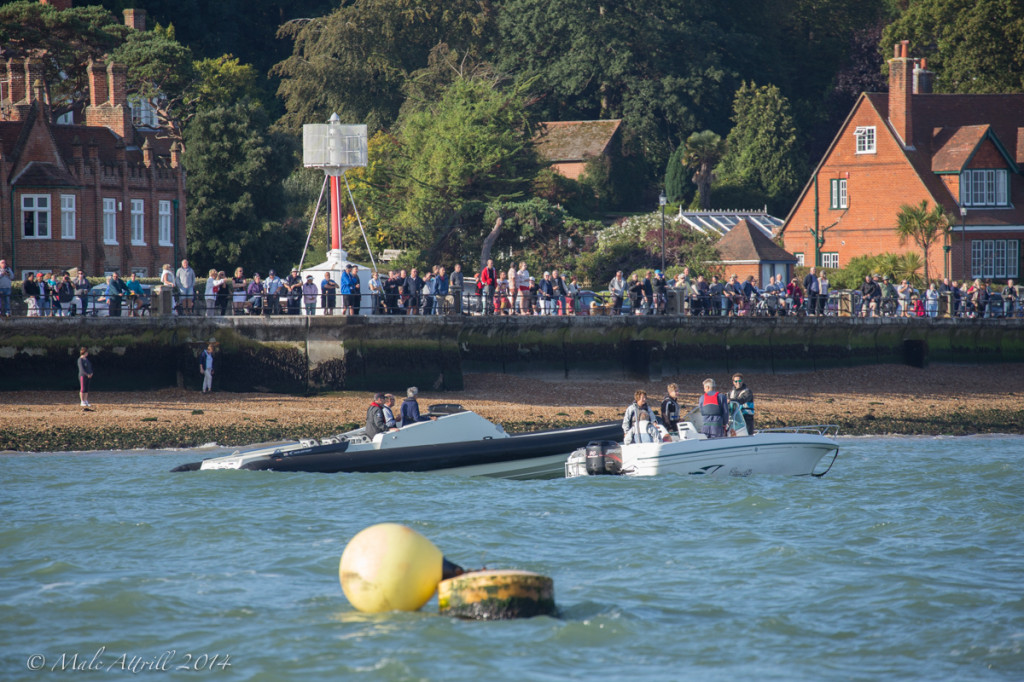 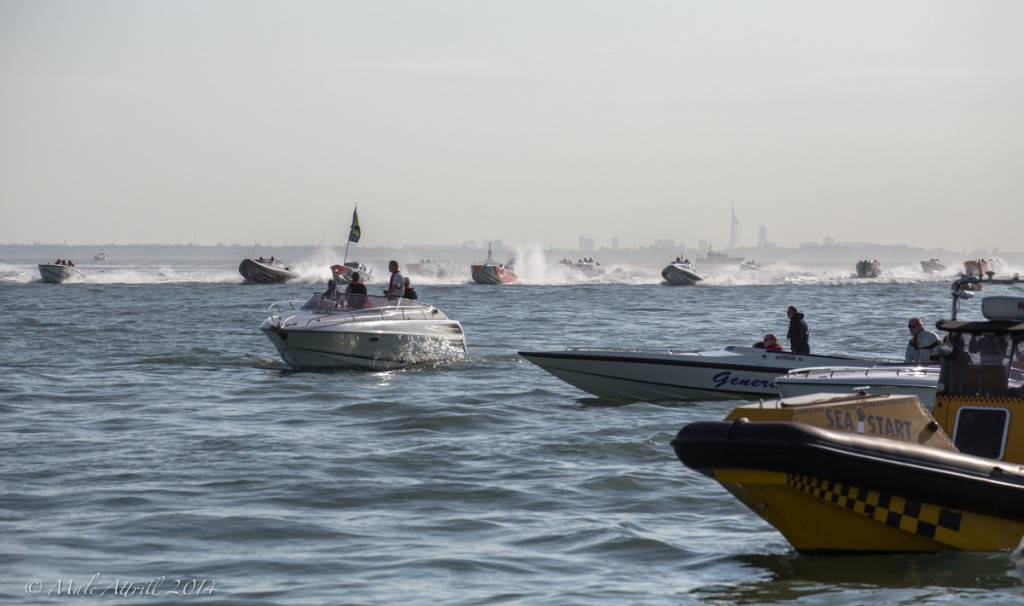 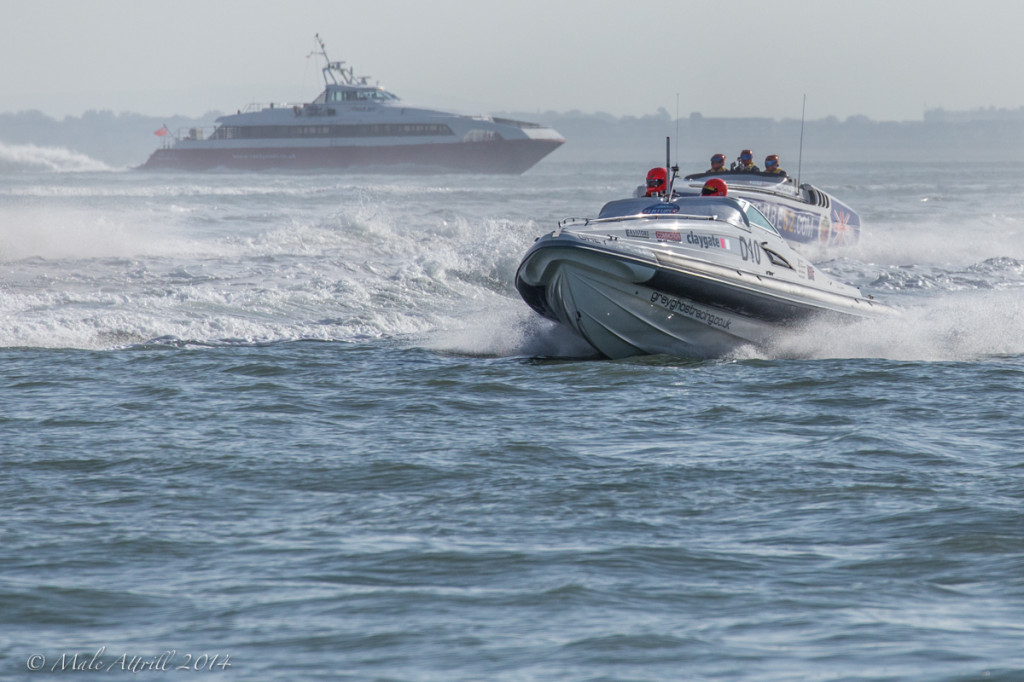 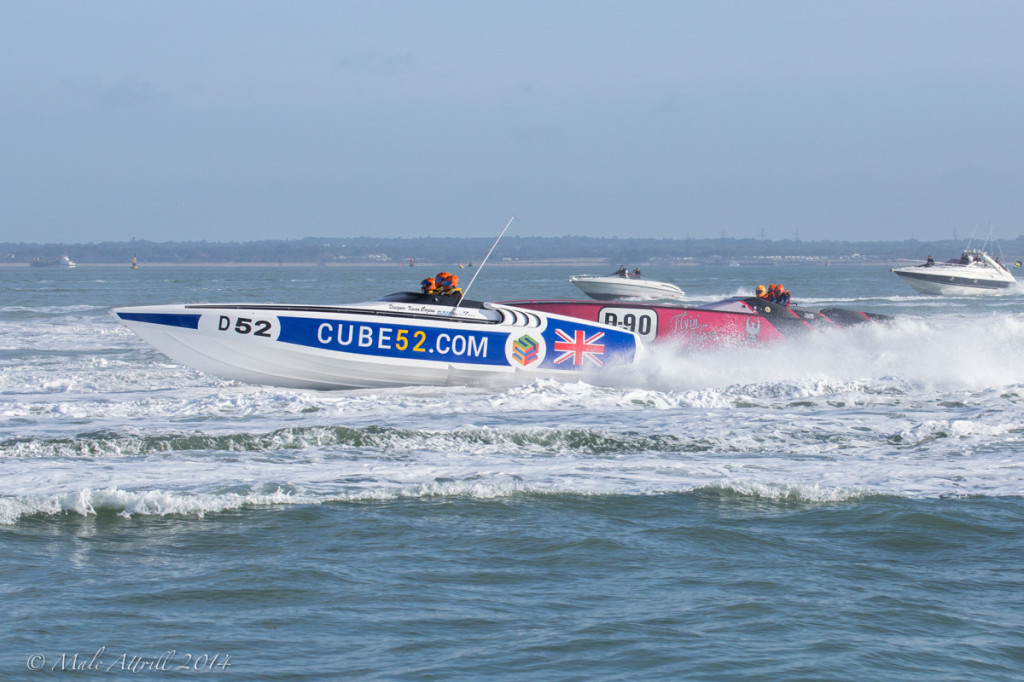 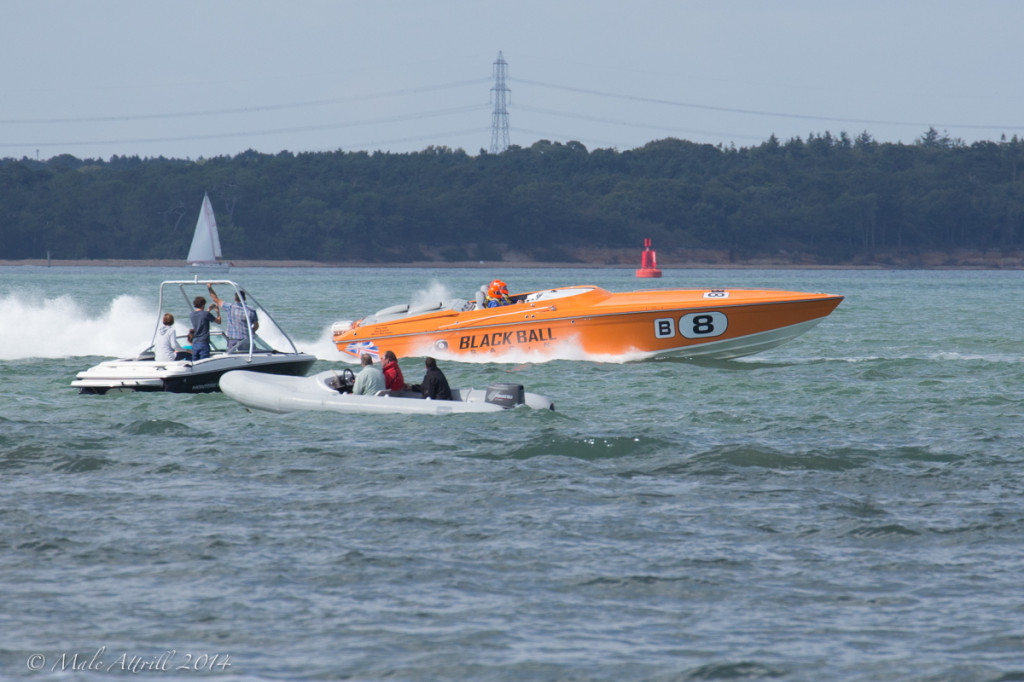