Daft Old Duffer: Don’t Judge a Biker By His Leathers

Daft Old Duffer’s been out shopping, well, trying to.

Daft Old Duffer has been staying warm at home and reflecting on life. Ed

I received a circular letter from a well known furniture shop in Newport the other day. 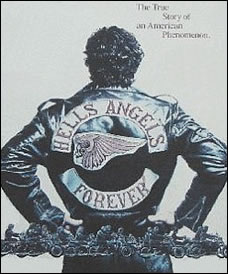 Between the lines it construed ‘As one who has spent noticeable monies with us in the past, please spend some more because we are getting a bit desperate.’

It gave me a bit of a grin, for it reminded me of the last time I visited the store, a year or so ago.

I planned to buy myself an armchair, but a first wander around showed me nothing I fancied so I approached a salesman to ask if there was somewhere I hadn’t looked yet.

Smiling politely he took me along to another salesman – the manager I think – who in turn escorted me gently and expertly towards the exit. Where he left me with a polite handshake but omitted to invite me to call again.

I realised what was happening of course. I was wearing my motorcycle outfit, a sure sign of my tendency to wreck property, run over pensioners and chew on babies.

Perhaps I should have gotten angry, but motorcyclists are used to that sort of idiotic prejudice so I didn’t bother. I just resolved never to use that establishment again and took my visa card to Richwoods in Ryde instead. Which proved to be staffed with adults who looked at me and not my leather jacket and had in addition a far better range of furniture – and where I therefore happily left my three hundred pounds.

Not conforming to the the correct stereotype can I must admit however, have its advantages as well as disadvantages.

When I visited PC World to buy a laptop I was clad in my usual wandering-about style of clean but baggy,some stains. And all I had to do to receive prompt attention was to hover before the laptop I had decided on to be at once accosted by a salesman alarmed by the presence of the out-of-place somewhat scruffy character in need of a haircut who had probably wandered in seeking warmth and something to pocket.

I took a simple pleasure in watching his eyes change as I indicated the laptop I wanted – far from the cheapest – and waved my card under his nose. His smile became genuine, his attentions obsequious. And when I left with my purchase just a few minutes later it was with his earnest wish that I return one day soon.

Meantime, many brisk executive-looking types were still trying to find someone to serve them.

We all make these snap judgements about our fellow citizens of course. The trick is not to act on them without checking first. That way we’re less likely to make fools of ourselves and to give offence.

3 Comments on "Daft Old Duffer: Don’t Judge a Biker By His Leathers"

This is infinitely better than those characters who seem at first glance and conversation to be “good eggs” – and then turn out to be complete sh*ts. We have all met them, hav’nt we!
You only have one opportunity to make a first impression. Make sure its the right one.

You are so right DOD

Vote Up00Vote Down
James P
If you’re paranoid (or simply trying to prevent society’s slide into 1984) wearing a helmet does help defeat CCTV surveillance. Funny old world, though, isn’t it? About the last time bikers caused any trouble en masse was in Brighton during the 60’s (under not inconsiderable provocation from hordes of very cocky scooterists, as I recall), yet everyone thinks they’re a threat, even though half of them now… Read more »
Vote Up00Vote Down