Damaged and waterlogged speedboat towed to safety by lifeboat

The small open craft had not only lost its steering, but also was filling with water. 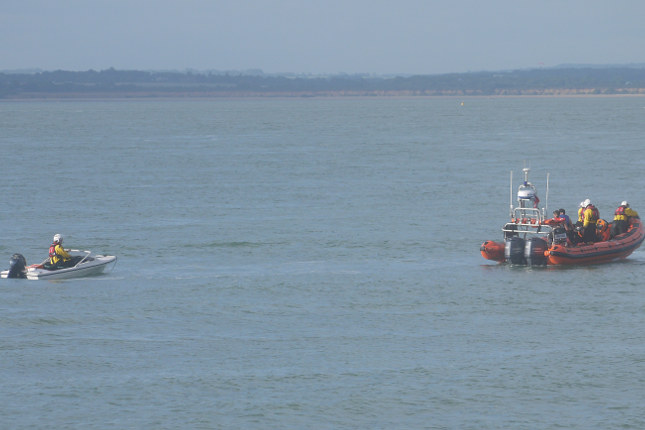 A speedboat going around in circles because of a steering problem led to Cowes RNLI lifeboat venturing into the Solent Monday evening.

The 14-foot boat, with two young men on board, was reported to be in trouble in Thorness Bay.

The lifeboat launched just after 6pm, and on arrival at the scene found the small open craft had not only lost its steering, but also was filling with water.

Eventually the speedboat, with a lifeboat crew member on board, was towed back to Cowes, first from astern of the lifeboat and then alongside.

It was duly delivered to the public slipway adjoining the lifeboat, at around 7.10pm, and was soon lifted onto a trailer and taken away.