The offer of a £20,000 reward by Hampshire Constabulary is intended to encourage fresh information about the location of the missing teenager Damien Nettles, last seen Saturday, 2 November 1996. 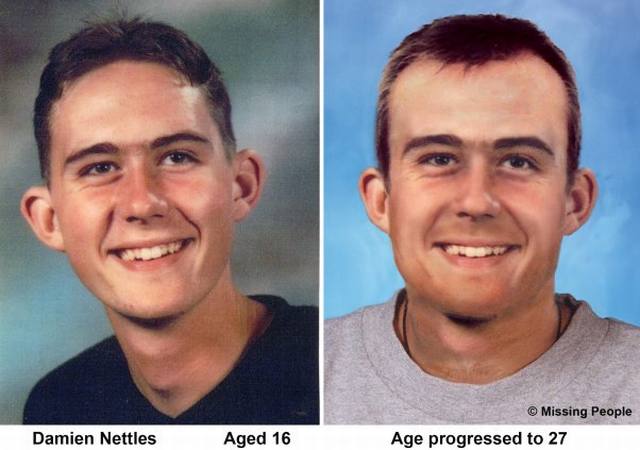 There can’t be a single person living on the Isle of Wight who hasn’t heard about the case of missing teenager Damien Nettles.

Damien has been missing since a night out in Cowes on Saturday, 2 November 1996 and despite nearly 16 years of searching, his family are no closer to finding the answers to questions about his disappearance.

Hampshire Constabulary have today (Thursday 4th October) announced a campaign which they hope will finally sort the fact from the fiction.

They’re offering a reward of £20,000 for information leading to the location of the missing teenager.

She went on to say, “Rewards have a shelf life. Don’t hesitate.

“If you know, really know what happened to Damien this is your chance to come clean and in the process you stand to benefit from a substantial amount of money.”

Seeking clean and indisputable information
Family and friends of the missing teenager have been fundraising all year, hoping to raise at least £10,000 as reward money in the hope that someone would come forward with information.

It’s hoped that now this reward is being offered by the Police, those who know something tangible may finally break the silence.

Valerie told On The Wight, “This reward is designed to encourage clean and indisputable information that will lead to the recovery of our son. I am under no illusions that recovering Damien will not be a positive outcome for our family in a lot of ways. But recovering Damien will help us to enter a grieving process and lay him to rest.

“It will give him back some dignity and it will allow us to have the knowledge we need to finally put this ambiguous grief into some kind of rationality.

“This reward will sort fact from fiction and will prove or disprove theories about what happened to our son.”

She finished by saying, “Help us please if you can put an end to our constant struggle to find Damien.”

Sorting fact from fiction
Senior Investigating Officer Superintendent Dave Powell said, “The police’s commitment to find out what happened to Damien is unwavering and undiminished. Our resolve remains to secure reliable evidence that can confirm his whereabouts.

“The biggest challenge we still face is separating fact from fiction because a vast amount and range of information about Damien’s disappearance has been received.”

Valerie Nettles said in response, “I want to thank our current Senior Investigating Officer and his team for his continued dedication and support to our family in trying to find the answers that we need and for his frank and honest approach.

“I am aware that they have inherited a case that had glaring errors in the early days and it has been an uphill battle.”

What follows is the press release from Hampshire Constabulary in full.

A reward of £20,000 is being offered by police for information leading to the location of a teenager missing from the Isle of Wight for 16 years.

Damien Nettles has not been seen since Saturday, November 2, 1996 after the 16-year-old did not return home from a night out in Cowes on the island.

The offer of a reward funded by police is the latest line of enquiry for detectives from Hampshire Constabulary’s Major Investigation Team (HMIT).

A sum of £20,000 has been set aside with terms and conditions for its payment in line with national police guidelines.

“The police’s commitment to find out what happened to Damien is unwavering and undiminished. Our resolve remains to secure reliable evidence that can confirm his whereabouts.

“The biggest challenge we still face is separating fact from fiction because a vast amount and range of information about Damien’s disappearance has been received.

Recent case history
“For the past three years, it has been important for the Major Investigation Team to concentrate on analysing and acting upon the information already passed to police by the local community.

“This led us to arrest eight people who were questioned over the course of a year, and later released with no further action. Officers needed to focus on completing existing enquiries while multiple suspects were on bail.

“We did not charge anyone with a criminal offence, but those decisions were not the end of our investigation. Murder or foul play cannot be ruled out.

Timing and focus of the reward
“A police funded reward to assist this investigation has been given careful consideration to ensure the timing can maximise opportunities for any new credible information that could lead us to the location of Damien.

“I share the Nettles family’s belief that the key to solve this case is to be found on the Isle of Wight, and that is where we are focusing the announcement of this police reward in the weeks leading up to the 16th anniversary of Damien’s disappearance.

“Police are grateful for the family’s considerable understanding and support throughout this investigation. Their drive and determination is an absolutely crucial element in maintaining awareness of this case and encouraging what we all hope can be a crucial piece of information that takes us to Damien.

Appeal for fact not fiction
“Regrettably we must always be mindful that there have been many false and potentially malicious pieces of information from the public, plus conjecture and rumour.

“I am interested in information based on facts, which can be assessed and verified in line with our standards and procedures.

“Police recognise that some people may have been worried about sharing what they know over the past 16 years. However, for anyone able to genuinely help – now is the time for you to examine your conscience and motives. Ask yourself a simple question? – can you really tell us what happened to Damien?

“We continue to keep an open mind, but I stress that speculation, gossip and the spreading of rumours won’t help the police and the Nettles family find the answers we seek in this investigation.”

Last sighting and description of Damien
Police are appealing for information about Damien’s movements and whereabouts in the Cowes area during the weekend he went missing in November 1996.

The last confirmed sighting of Damien was on CCTV at Yorkie’s fish and chip shop in West Cowes High Street at approximately 11.35pm on the night he disappeared (Saturday, November 2, 1996).

Police actions in this case to date include
● Police have received at least 56 pieces of information since the 14th anniversary of Damien Nettles’ disappearance on November 2, 2010.
● 1,085 people have been involved in the investigation (either as investigators, witnesses, or people of interest) since Damien Nettles disappeared on November 2, 1996.
● 352 witness statements have been taken to date since November 2, 1996.
● 2,440 documents have been reviewed and processed.