Watch out for Emellia’s debut music video on Friday this week. 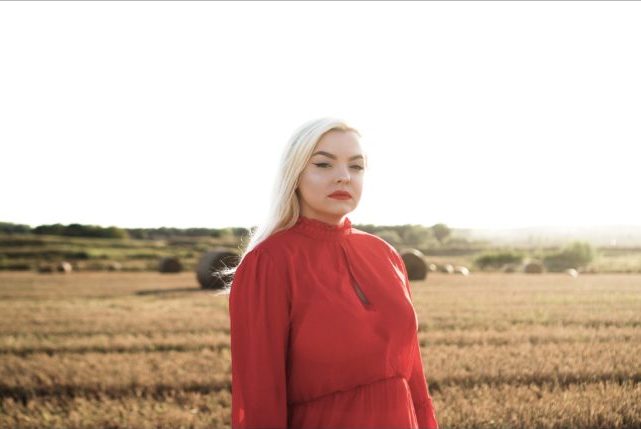 21-year-old Emily Wild, otherwise known as Emellia, started her musical journey started in March with the release of her debut single, Authority: and says she’s not looked back since.

“I am absolutely loving being a solo artist, the creative side, the way I can relate to people’s everyday lives, the way people are listening to my very own songs… It is an incredible feeling since I didn’t believe I could or would come this far.

“I am a huge lover of Electronic and Pop music, so fusing them both together to have my own sound is amazing. I was dreaming of becoming a solo artist as a little girl, and, now that I am one, it is a crazy feeling.”

Emellia has been in many different types of bands from soul, funk and pop to ‘Muse’ and Rock and Roll function bands, but is now exploring life as a solo artist and “creating the sounds I want other people to feel and hear, rather than just being a singer in bands”.

The journey so far
She’s played over 60 live gigs around the Island all the way to Florida and Amsterdam this year and has released two singles; ‘Authority’ and ‘Run’.

As well as collaborating with other artists, such as Roni, Dayita and Joey Hext on their tracks.

“I feel really lucky to have other musicians around me that are so creatively talented and be able to call them my friends!”

Authority Music Video
Many beautiful locations across the Isle of Wight are featured in Emellia’s debut music video.

“I only wanted locations from home because I wanted it to be a ‘close to home’ style for my first ever music video.

“This was I can look back on my journey and see how I have progressed. The destinations are spread across Compton, Arreton, Newport, East Cowes… and every place was slightly different to represent the for ever changing feelings when you are in love.

“One minute you can feel on top of the world in a red dress floating around an open field, and others you’re in a black dress drowning with no way of escaping. It’s a way of telling a story using scenery around you and, for my first single, I couldn’t have asked for better visuals.”

Watch out on Friday 20th for the release of the music video by following Emellia via her social media accounts.