Dick Bradsell, one of the world’s most respected cocktail makers, came from the Isle of Wight. It was said he “singlehandedly changed the face of the London cocktail scene”. Sadly for the world of bartending, he’s just died. Please raise a glass. 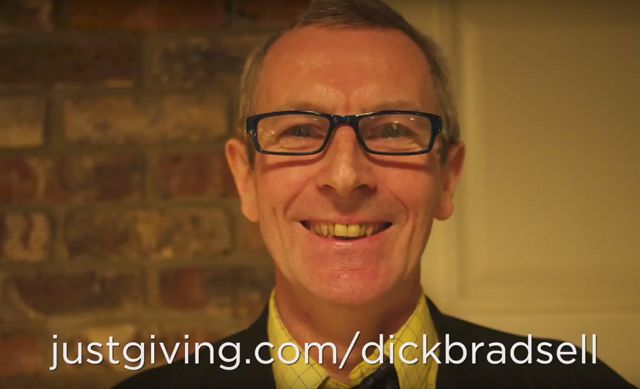 The drinks world has been paying tribute to world-renowned bartender, Dick Bradsell.

Dick, who who grew up on the Isle of Wight, sadly passed away on Saturday last weekend.

Back in the 1970s Dick was sent, he’d said, “to work with my evil uncle at the Naval and Military Club” in St James’ Square in London.

It was at the private members’ club that Dick learnt his trade, later going on to being credited for “singlehandedly [changing] the face of the London cocktail scene in the 1980s”.

Inventor of many acclaimed cocktails
Dick is well-known for having invented several acclaimed cocktails, such as the Vodka Espresso (aka the Espresso Martini), the Treacle, the Carol Channing, the Russian Spring Punch, the Wibble and the Bramble (inspired by the fresh blackberries he used to get on the Island as a child).

The Espresso Martini was famously created for supermodel Naomi Campbell, who’d apparently asked him to make a drink that will “wake me up and then **** me up”.

An unconventional character
Dick was described by fellow bartender, Nick Strangeway, as,

“An unconventional character who has created huge waves throughout the world [of bartending].”

Shaken Cocktails, for whom Dick was an advisor, described him as,

“One of the greatest bartenders and a legend in the cocktail scene.”

On hearing the news of Dick’s passing, Mark Jennings from Shaken set up a Just Giving page where people could make donations in tribute to Dick to The Benevolent (what’s this?).

Cheers Dick
We’ll be trying one of Dick’s cocktails tonight and raising a glass to the great man who not only gave the world some fantastic cocktails, but also love a game of Dungeons & Dragons too.

There’s a selection of recipes for Dick’s cocktails online, so why not try one yourself and sit back to watch him on these couple of videos.

The Benevolent
The Benevolent’s mission is to work with our industry and charity partners to combat challenging social issues such as long-term illness, homelessness, addiction, poverty and disability, as well as providing practical, emotional and financial support to those from our trade in need.

Donate via Just Giving in tribute to Dick Bradsell.