A boulder – that the Fire Service believe was carried in the wind – smashed into a roof last night and a man was taken to hospital. Could this have been the result of a small tornado? 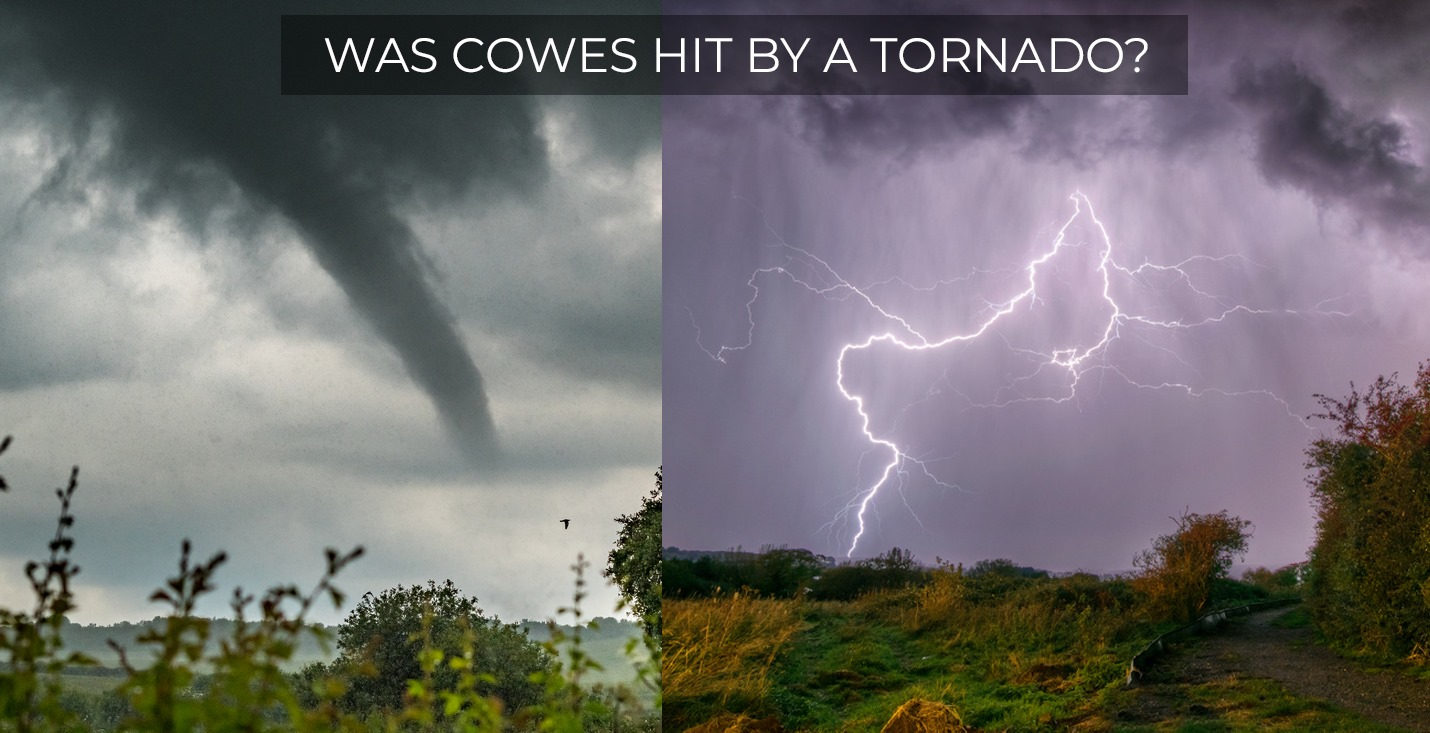 Light sleepers may have been fully aware of the storm that battered the Isle of Wight last night, but for those of you who slept soundly all night you missed some pretty powerful stuff.

The Isle of Wight Met Service were up most of the night tracking the weather and say that 70mph wind gusts, hail, torrential rain and explosive thunder were all experienced across the Island and that the sudden change in wind direction followed by a loud bang was consistent with the passage of a small tornado.

Flying boulder
The massive lightning strike resulted in power failure in some parts of the Island.

Meanwhile in East Cowes a boulder that the fire service believed was carried in the wind hit a roof and a man was taken to hospital.

“What a night! As most of Islanders slept, a squall line developed and moved across the Island.

“Winds gusting in excess of 70mph in places along with torrential rain, hail and an explosive crack of thunder, and whilst all this was predicted by us yesterday, something a little more unexpected happened too……