Do you remember this 1945 Isle of Wight cricket match?

We realise it’s a long shot, but do you know anyone that took part in or spectated at cricket matches in Cowes after the war ended in 1945? 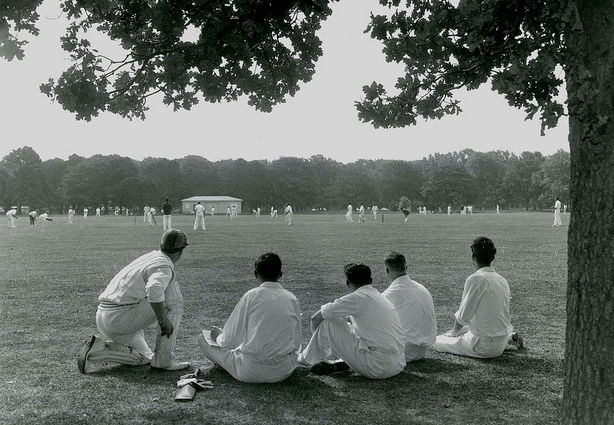 We get all manner of phone calls here at OnTheWight and today heard from a gentleman in his 80s who had spent two wonderful weeks on the Isle of Wight in 1945.

Brian Pearce, who was a teenager when he visited, is keen to find out more about a particular cricket match that he attended sometime between 19th May – 6th August 1945.

Well known cricketers
He was staying in a holiday home in Bonchurch and remembers taking the train to Newport and walking from there to Cowes cricket ground.

Brian recently found an autograph book he had from the time, which has autographs from Arthur Holt and Charlie Knott, who both took part in the match he attended, and as cricket buffs will know, both went on to very successful sports careers.

German warships
Whilst the match was taking place – which Brian believes was on a Sunday – two German warships were guided up the channel, to Portsmouth perhaps?

It’s a bit of a long shot, but Brian was wondering if there was anyone on the Isle of Wight who remembered the cricket match – he thinks it may have been against the Hampshire Police team.

Get in touch
If you remember the match or know someone who is likely to and you/they are happy to chat to Brian further, please get in touch and let us know.

Image: Not Cowes, but another cricket match in the late 1940s archivesnz under CC BY 2.0