Isolation Row Folk Festival features some of the finest local performers, as well as mainland guests. Don’t miss it this weekend 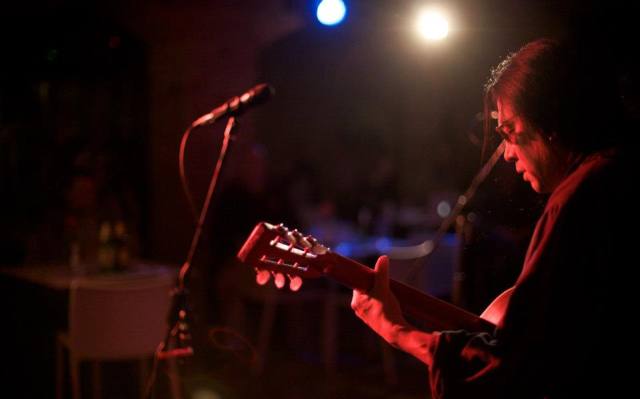 Since the Coronavirus lockdown begun a weekly folk club has been running on Zoom and the organisers have put in place a two-day Folk Festival due to take place this weekend (30th and 31st May).

Raising money for Quay Arts
The event is being held as a fundraiser for the Quay Arts Centre in Newport who have been badly hit by the lockdown and closure of the venue.

Quay Arts is a not-for profit charity and receives no funding from either the Arts Council or the local authority.

Although the Quay has continued to offer a range of online arts activities they are struggling to stay afloat.

“I’ve been on a steep learning curve to get to grips with the technology but it’s all coming together!

Range of artists
Isle of Wight artists lined up to play include JC and Kath Grimshaw, Second Time Around and Cajundaze.

“We really appreciate the support of the Island folk music community. We hope to be open again before too long but in the meantime the music goes on.

“Please listen in to the Festival and make a donation to the Quay.”

You can find out more about the Festival and stay in touch with developments by searching on Facebook for “Isolation Row Virtual Folk Festival”.