What an amazing effort by the volunteers from Planet Aware, Isle of Wight Distillery, National Trust and Amey 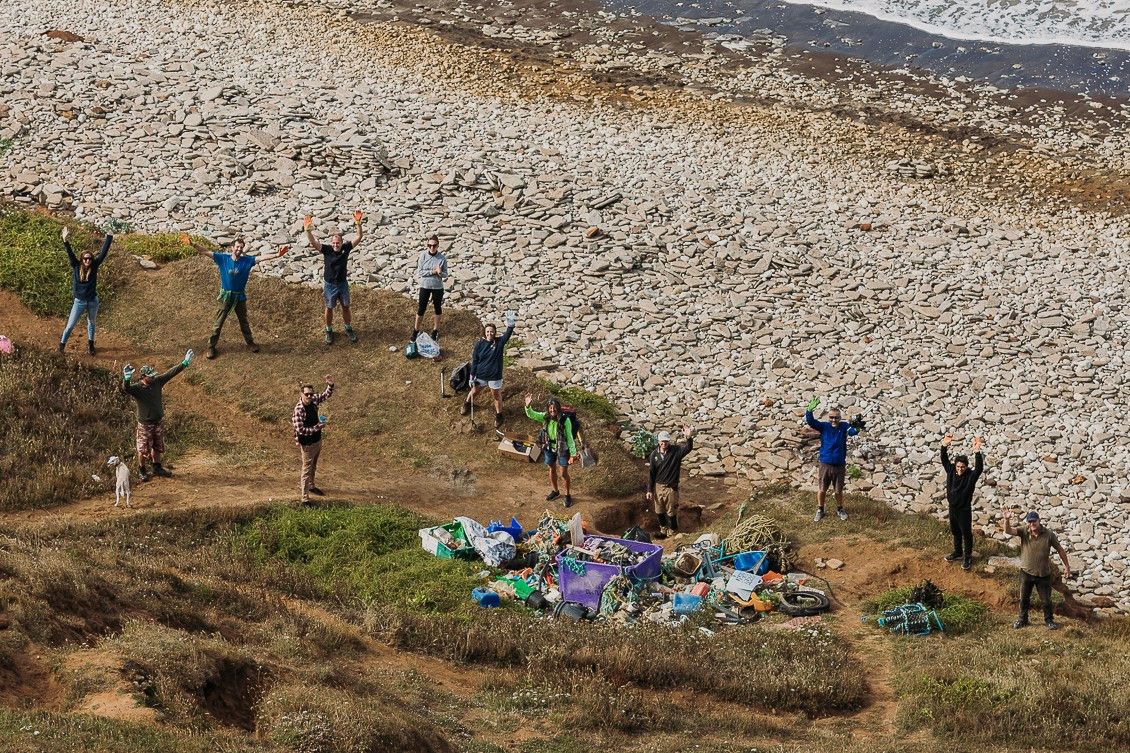 Beach cleans led by Planet Aware working with partners including the Isle of Wight Distillery have seen over 400 kilos of accumulated rubbish removed from the Island’s beaches within eight days.

At the most recent of the two clean-ups on 2nd July, Planet Aware worked with a team from the Isle of Wight Distillery and the National Trust at Compton Chine. The teams moved more than 200 kilos of rubbish up the steep steps so that it could be collected.

The group also completed a beach clean which they said was a welcome rest compared with wrestling the various bags of waste up the steps.

Much of this had been taken up to the adjacent land over time by well-meaning members of the public. Unfortunately, this had become an eyesore and a litter hazard as wet ground and lockdown had made removal difficult.

“It is sad to see so much marine litter pile up. We know members of the public all want to play their part to help by removing this from the beach which is fantastic.

“The problem is however, that large items are difficult to remove and once left in a pile they attract more litter.

“It certainly has been a workout removing all of this and we would encourage anyone picking up marine litter from the beach to try and take what they can home with them.”

“It is great to have the support of the Isle of Wight Distillery and inspiring to know that even in these challenging times local businesses still want to do their best to work toward sustainable practice.

“We are grateful to the support from the National Trust team and waste contractor Amey who collected the waste from these events.”

Lang: It shows how much people care about our coast
Robin Lang from the National Trust said,

“Marine litter is a global problem and more and more people are wanting to raise awareness and do something about it. We are extremely grateful to local volunteers from Planet Aware and the Isle of Wight Distillery for their help in removing the large piles that have built up on National Trust land over the winter.

“It was a huge effort, particularly dragging it up the long flight of steps at Compton Chine. It shows how much people care about our coast.

“If it wasn’t for the generosity of Amey in removing the rubbish for free, the National Trust, which is a charity, would have to foot the bill. The biggest challenge remains, that of preventing this waste arriving on our shores in the first place and that can only be done by lobbying and international Government support.”

Baker: Delighted to fall in and contribute
Xavier Baker, co-founder of the Isle of Wight Distillery, said,

“Planet Aware have done a fantastic job of clearing some of our stunning coastline.

“The Distillery team were delighted to fall in and contribute to clearing Compton beach.”

News shared by Planet Aware, in their own words. Ed

Thank you to all those involved. Thank you for clearing the waste deposited by wasters. Were any councilors there to help – a missed photo opportunity.

Xavier Baker says the Distillery team ‘fell in’, I hope they’d brought a towel and a change of clothes!