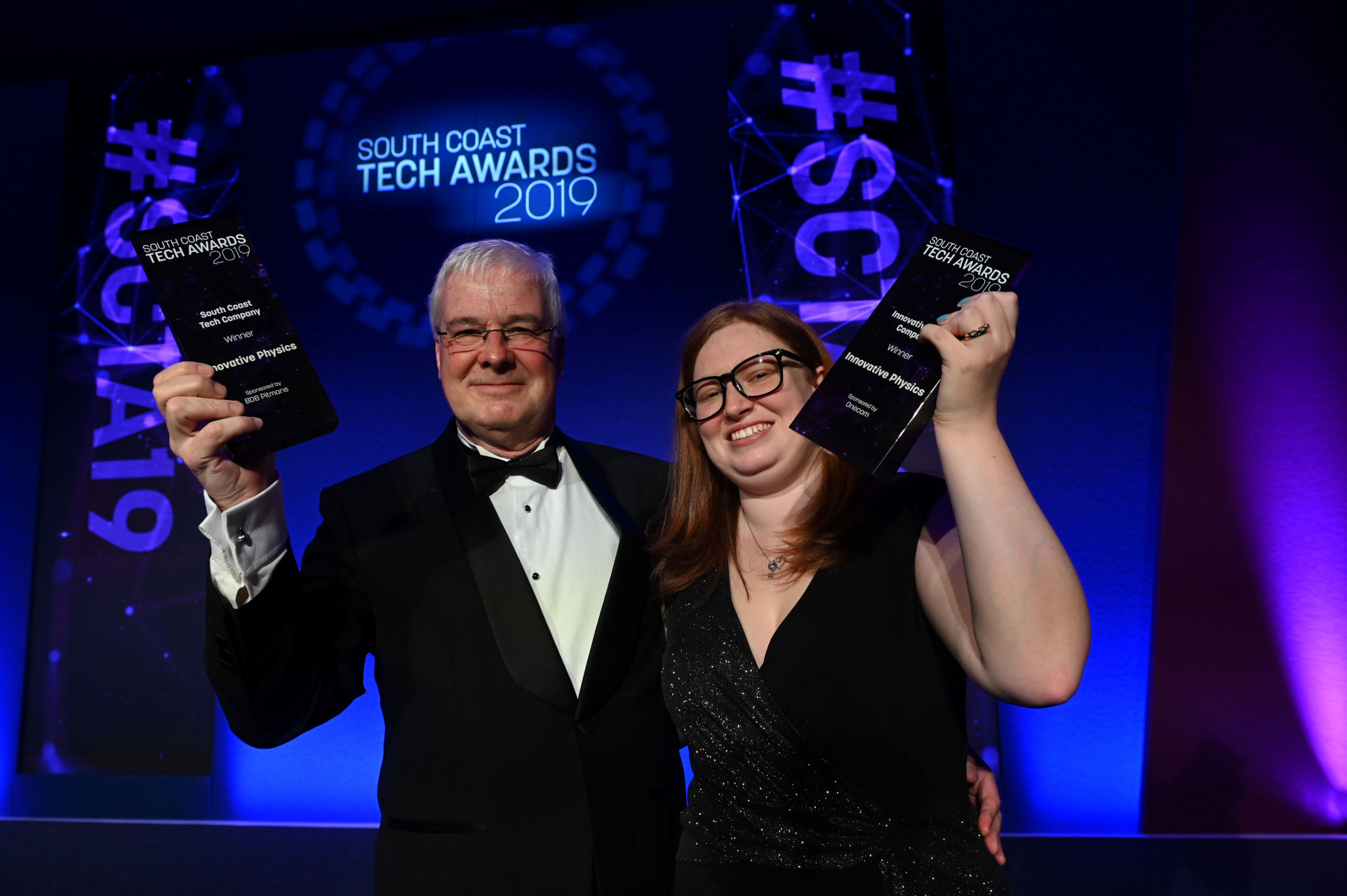 The awards, organised by The Business Magazine and hosted by the presenter of BBC TV’s Click tech show, Spencer Kelly, were presented at the Hilton at the Ageas Bowl in Southampton in front of an audience of around 200 guests.

Ground-breaking and pioneering work
The Shanklin-based company first won the award for Innovative Tech company for what the judges described as its “ground-breaking” and “pioneering” radiation detection technology and its “bespoke approach to solving complex engineering problems”.

The company’s radiation detection cameras using artificial intelligence and sensor technology, have played a fundamental role in the decontamination of a vast area around Fukushima in Japan, following the catastrophic nuclear incident that took place there in 2011 and have since been used by clients across the globe.

Anderson-Matthew: Awards will be extremely important for us
Speaking after the awards ceremony, Business Development Officer at Innovative Physics Victoria Anderson-Matthew said:

“We are absolutely thrilled with our double win at the South Coast Tech Awards and to be recognised in this way for the work we do.  As a predominantly export based business we pride ourselves on being able to seek new ways to develop our technology for diverse markets including radiation detection, homeland security and cancer detection.

“These awards will be extremely important for us, particularly in Asian markets, as it shows we have the quality and endorsements of our technology that our customers look for.”

“We were delighted to be able to showcase the diverse range of technological expertise from companies across the South Coast, none more so than Innovative Physics who impressed our judges with their unique, bespoke approaches to providing solutions to technological and engineering challenges.”

The awards mark the end of a successful year for the company who have won a clutch of trophies for their pioneering work.

News shared by Claire on behalf of Innovative Physics. Ed

Image: © courtesy of The Business Magazine

This is what I’m talking about, well done guys.