Drink-drive arrests drop by 19 per cent in region

The three month anti-drink driving campaign comes to an end and results show a drop in arrests. 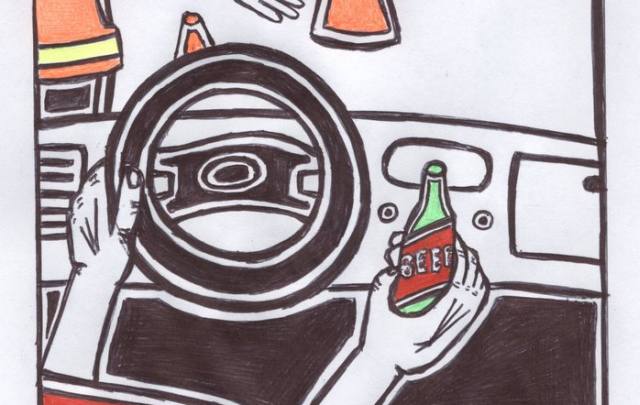 593 is still too great a number
Chief Inspector Andy Bottomley of Hampshire Constabulary Roads Policing Unit, said: “It is encouraging to see a reduction in the number of drink-drivers this summer. But while we have arrested fewer people this year, 593 is still too great a number. Sadly this demonstrates that drink-driving is still an issue which many people do not take seriously.

“For those out there who drink and drive I have this message; You are an accident waiting to happen. It just takes one wrong move, one delayed reaction and my officers could be knocking on your family’s door to tell them you’re dead. Worse still, my officers could be knocking on another family’s door to tell them their loved one is dead because of you.”

Most arrests in Northern area
The majority of arrests were made in the Northern Area (35 per cent) with 64 in Hart and Rushmoor, 63 in East Hampshire and Winchester, 50 in Basingstoke and Deane and 31 in Andover.

The Western Area saw 195 people (33 per cent) arrested for driving under the influence. Of those, 106 people in Southampton, 48 in Eastleigh and Romsey and 41 in the New Forest.

53 arrests on the Island
The remaining 32 per cent of arrests were made in the force’s Eastern Area. Police arrested 56 people in Portsmouth, 53 on the Isle of Wight, 43 in Havant and 38 in Fareham and Gosport.

The youngest person arrested was a 16-year-old boy and the oldest was a 79-year-old man. The average age of those arrested was 36 years.

August saw the most arrests this year with 201 followed by June with 188 and July with 186. The first three days of September saw 18 arrests.

Last year the campaign’s busiest month was July with 279 arrests, then August with 234 followed by June with 188. The first three days of September 2011 saw 27 people arrested.

No excuse for drink driving
Ch Insp Bottomley said: “Next to Christmas, we see the greatest number of drink-driving offences in the summer months. And while our summer campaign is now over, we will still be on the roads running drink-drive operations as we always do.

“There is no excuse for drink driving. It’s just not worth the risk.”

Hardly surprising that the numbers arrested have dropped. Probably connected with the reduced numbers of Police patrols, especially Traffic Police – now called ‘Roads Policing’.
Seems to be less chance of getting caught for anything nowadays, (unless you shoot at a gang of burglars breaking in to your house in the middle of the night.)

Vote Up00Vote Down
random bloke
Perhaps there is simply less people offending. But no, apparently its better to have a pop at the police, who are doing an excellent job during a time of budget cuts. If you dont want to be caught for anything, dont commit the crime, and if you shoot at burglars then ring the police and tell them what youve done, dont be surprised when they arrest you… Read more »
Vote Up00Vote Down
No.5

absolutely agree…about the shotgun bit…of course you should be arrested for shooting somebody whatever the circumstance…Being charged and going to jail is another issue. As to drink driving, we may have seen a drop in arrests elswhere but what are the local figures..where all 53 in Sandown (!) or none at all..these figure are pretty useless considering our size and demographics