Ducklings rescued from Calbourne drain now released back into the wild

Thanks to the quick thinking actions of the member of the public who spotted the ducks and Island Roads for assisting in their rescue, these ducklings have been given a second chance at life 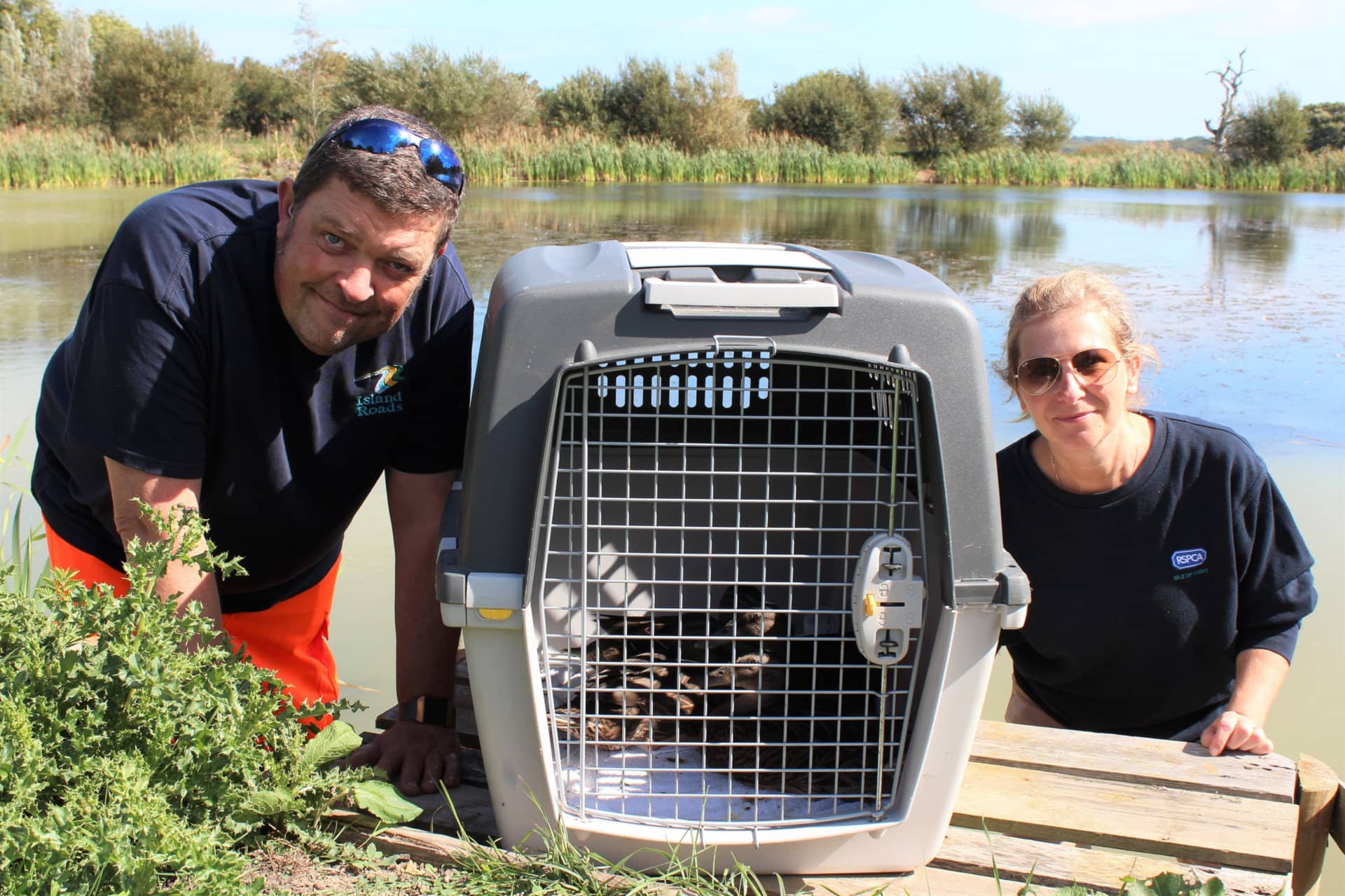 A group of ducklings rescued from a drain in Calbourne in July have been successfully released into the wild by the RSPCA.

The ducklings were discovered by a local resident who called Island Roads to assist in their rescue.

Duty operatives John Corby and Sean Hillman removed the drain cover to release the distressed ducklings into the care of the RSPCA which took the youngsters to their animal rescue centre at Bohemia Corner near Godshill as the birds’ mother couldn’t be located.

Ready for release
Having spent the last eight weeks learning essential duck survival skills – such as swimming and flying – the birds were ready for release.

One of the rescuers, John Corby from Island Roads was on hand to assist the with the release of the birds into their new home at Little Upton Farm near Ryde.

“Thanks to the quick thinking actions of the member of the public who spotted the ducks and Island Roads for assisting in their rescue, these ducklings have been given a second chance at life. The habitat at Little Upton Farm is perfect for their needs and I am sure they will thrive in their new home.

“We have worked with Little Upton Farm previously in rehoming rescue animals and know that these ducklings are being given the best possible start in life by coming to such a well-run landholding.”

“When we found the ducklings they were tiny and obviously distressed to be without their mother.

“It is wonderful to see them looking so healthy today and it’s great to be involved in the release into their new home. It’s a lovely end to one of our more unusual call-outs!”

News shared by Anna on behalf of Island Roads. Ed