As well as being jailed for drug dealing, the 29-year-old from Ryde has also been banned from driving for seven years for failing to stop 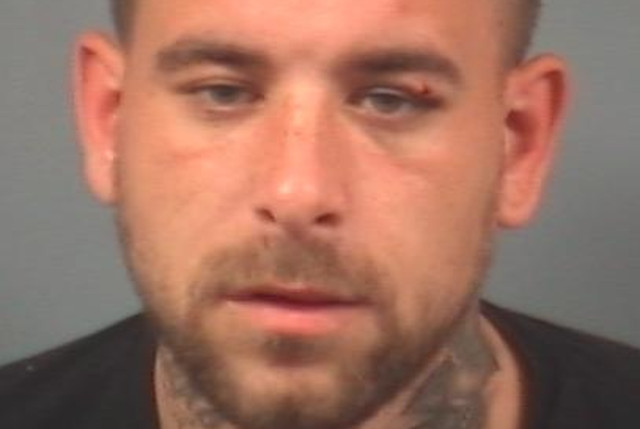 A drug dealer who ‘boasted’ about profiting thousands of pounds by selling cocaine on the Isle of Wight has been jailed for eight years.

Matthew Read, of West Hill Road in Ryde, was arrested by officers on 6th October 2017 after he crashed his Mini Cooper into a parked car in Collingwood Road, Shanklin.

Police chase
The 29-year-old had earlier been spotted driving at speed through Lake, but failed to stop for officers who tried to pull him over.

Read was arrested a short while later along with his passenger, 32-year-old Patrick Rice of Pier Street in Ventnor.

Carrying knives
Newport Crown Court heard that when officers arrested the pair, a Stanley knife fell from Rice’s shorts, and a second larger knife was found inside Read’s car.

“Arresting officers located a quantity of pills in Read’s possession.

“During the subsequent police investigation we found evidence on Read’s phone that he had been heavily involved in the supply of cocaine on the Island since November 2016.

“The quantities mentioned ranged from a kilo to multiple ounces, along with messages boasting that every few days he was profiting somewhere in the region of £1,400 – £2,500, and had £40,000 available to him to buy more drugs.”

Following a four day trial, Read was convicted yesterday (Thursday 7th November) of dangerous driving, possession of a bladed article, possession with intent to supply a class C drug, and being concerned in the supply of cocaine.

Rice was convicted of possession of an offensive weapon and was handed a seven month sentence, suspended for 18 months. He was also ordered to complete 180 hours of unpaid work.

“We do not tolerate the supply of illegal drugs, and I hope Read’s sentence reassures the public that we will do our utmost to dismantle drug networks affecting our Island communities.”

News shared by Hampshire Constabulary in their own words. Ed