No water or soap in the staff toilets, cutlery on the floor, food debris built up in fridge seals, electric fly killer positioned above food preparation table, and more, were discovered during the inspection. The Front of House manager said the issues were structural-related and they will fix what they can fix 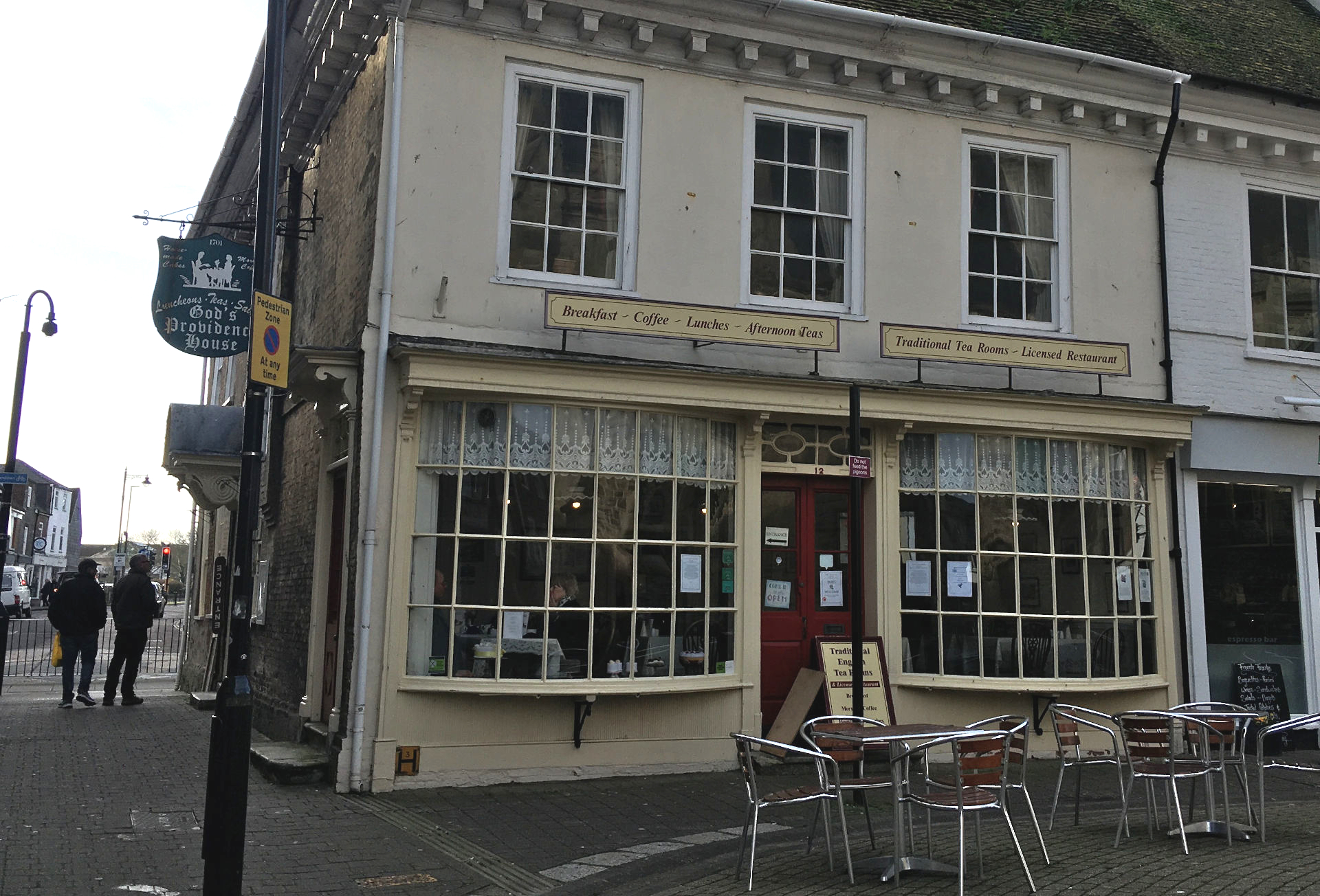 A well-known Isle of Wight restaurant and tea room has been given a one-star hygiene rating.

Food debris had built up in the seal of the dairy fridge and on the bottom of fridges in general in the kitchen.

The ceiling throughout the kitchen was cracked and peeling and a patch above the washing up area was mouldy. A storage shelf beneath the mouldy patch held clean chopping boards and crockery.

Other failures
Inspectors said the ceiling was ‘not suitable for use in a room where food is prepared’.

The milk dispenser had started to rust and had flaking parts which was said to be not easy to clean.

No water in staff toilet sink
There was also an ‘insufficient’ number of hand washing basins provided considering the number of food handlers and the size of the establishment, and there was no hot or cold running water, cleaning or drying materials for the basin in the toilet area at the rear of the kitchen.

Documents as part of the Safer Food Better Business pack were out of date and, when asked about it, staff were unsure what the paperwork was and where to find it.

Crawley: “The issues are structural related”
Robin Crawley, front of house manager at God’s Providence House, said steps have been taken to fix points made in the report, but there are no problems with the food.

“The issues are structural related — the nature of the listed building is hard to contend with.

“The main issues they had with us was the ceiling but work has been started to make amends. We have been getting repairs done.

“What we can fix, we will fix.  I won’t make excuses for it, we are putting it right and it is nothing to do with the food, that wasn’t the issue.

“The management problems were with the log book — I hold my hands up, it was out of date but we have brought it up to date and printed new sections.”

Other issues have been fixed which included disposing of the milk dispenser.

I love the managers comments that ALL the issues were structure related! No Hot water, no hand drying, electric fly killer over food prep, food debris all over the place including the fridge seals, and a manky milk machine… ALL structural.. really?

Of course it is right we get reporting like this.
Unfortunately, it does not matter what this establishment does next the negative report will stick in people’s minds.
In cases like this it would be helpful to know how many reported cases of food poisoning linked to a place has – I expect none in most cases.
That would complete the story.

Vote Up4-19Vote Down
Benny C
Surely prevention is better than cure. I don’t want to wait for someone’s grandmother to suffer acute illness before action is taken. That would be heartless. These regs are there for our safety. They’re not optional and there’s no way of knowing how many times they’ve saved all of us from illness and discomfort. Businesses and managers unable to cope with the realities of their role should… Read more »
Vote Up23-2Vote Down
lardi

During the 16th century the house was reputed to be the only house in Newport in which nobody died from the plague so hopefully the odd slip in hand washing today will not harm anyone.

Lardi – You do know what happens in toilets don’t you?