Lord Justice Sullivan said, “the claimant’s argument is wholly misconceived, it’s a boot straps argument in that the claimant is trying to pull himself up by his bootstraps.” 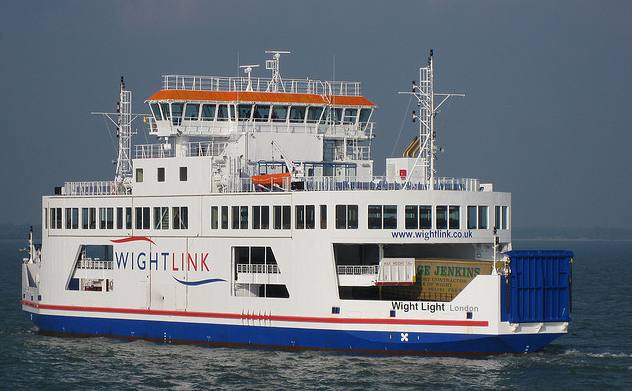 The Lymington River Association has been refused permission to appeal to the Court of Appeal relating to a 2011 planning inquiry decision about Wightlink’s project to operate new ships between Lymington and Yarmouth, and associated berth works and habitat creation works at Lymington.

Five year legal battle
The hearing on Thursday 17 July was the latest legal step in a battle which has lasted almost five years, has cost Wightlink over £3.5m and has had an undisclosed burden on the UK taxpayer.

It stemmed from the Secretary of State for Communities and Local Government’s decision not to overturn the Planning Inspector’s decision of the 2011 Planning Inquiry. That Inquiry granted consent for Wightlink to undertake a project which comprised the operation of new ships between Lymington and Yarmouth, and associated berth works and habitat creation works at Lymington. Although the action was taken against the Secretary of State, Wightlink was a named interested party in this action, and this matter is therefore of great concern to Wightlink.

“The LRA’s claims have now been considered and rejected by the Planning Inspector, the Secretary of State, the High Court (twice) and the Court of Appeal (twice). While we recognise the rights of individuals to challenge developments on environmental grounds, we believe this case has gone too far. It seems to us to be quite wrong that a small group of individuals should be able to impose such a costly legal burden on the UK taxpayer and on our company.”

“the claimant’s argument is wholly misconceived, it’s a boot straps argument in that the claimant is trying to pull himself up by his bootstraps … with respect to the author the letter is a blatant attempt to sidestep the time limit in place.”

When the LRA’s QC at the end of the hearing sought to suggest that the proceedings might still be kept alive the Lord Justice replied:

Has cost Wightlink over £3.5m in fees
Mr Burrows adds;

“It is now more than five years since Wightlink introduced our new W-class ferries on our Yarmouth to Lymington route which have since transported more than 6.5 million passengers and nearly two million vehicles safely and efficiently across the Solent.

“We are very frustrated that we have had to pay more than £3.5m in external fees to defend our legitimate business operation. We hope that this matter will now draw to a close, and remove the uncertainty which it has created for our staff and customers.”

Image: davidcjones under a CC BY 2.0 license

Charles Dickens Mr Bumble said the law is a ass but your headline suggests The Lymington River Association is a ass and I agree.

This is just a typical example of a small group of well-heeled people holding the rest of us to ransome. The whole thing should have been stopped a long time ago. No wonder our fares are so high.

the Lymington River Ass. should be made to pay all the cost.

Baz I was led to believe that Lymington River Ass were awarded legal aid to fight this case. If this is indeed true then there is something very wrong with the system.

Thank goodness that common sense eventually prevailed in the end. A lot of people were seriously concerned about the future of the ferry route. I expect Wightlink have been consulting their lawyers in view of this ruling.

Can never understand why the lymington River Association has against wightlink? Surely the ferries benefit lymington just as much as they do for the island. Think of all the trade in tourists it brings. Without the ferries lymington would struggle.