Here’s the latest on what people in the know are saying about the potential impact on Portsmouth Port with a No Deal Brexit, that might impact cars getting to/from the Wightlink Ferry. 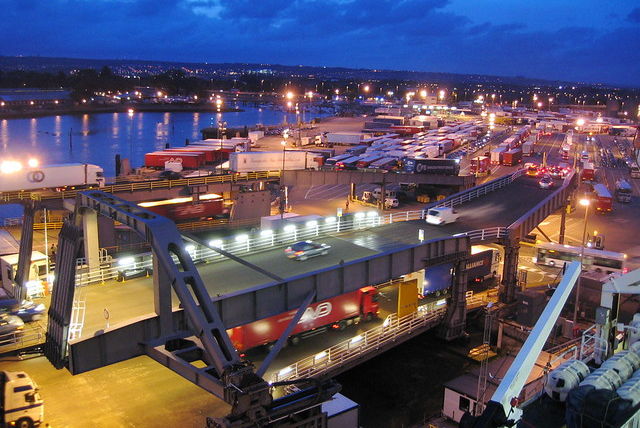 The port in Portsmouth ‘will be ready’ for the challenges of a no-deal Brexit, maritime experts said, as they praised the initiative of its bosses.

Government ministers and members of the shipping industry were invited to hear the findings of a report detailing the impact of Portsmouth International Port during a parliamentary reception last Wednesday.

They heard how in 2017 Portsmouth International Port contributed £189m to the local economy and £390m to the national economy. It also provided 5,590 jobs and handled almost four million tonnes of cargo.

Fears over major congestion on M275
Hosted by Portsmouth North MP Penny Mordaunt, city officials hoped this would relay the need for support in the event of a no-deal Brexit as there are fears delays while processing lorries and cargo could lead to major congestion on the M275.

Speaking during the event Richard Ballantyne, the chief executive of the British Ports Association, agreed that supporting ports should be a priority. He said:

“I know that Portsmouth has been active in looking at ways to mitigate what could happen with Brexit and around the UK I think generally our ports are ready.

“The concern lies with the readiness of the traders – whether importers, exporters or hauliers. This could be a huge change for them.

“So if there’s anything that can be done to help with this it should be offered.”

Government must give more support if needed
Harry Theochari, the chairman of Maritime UK, added:

“From what I’ve seen I think that in the event of a no-deal Brexit all our ports will have things under control within the first three to six months.

“But if these ports are saying they need more support from government then that’s what we should give them – because they are so essential to our economy.”

Minster: Support will be there
Maritime Minister Nusrat Ghani said:

“We will continue to support our ports as we have done the past two years with the local resilience forums and we are going to make sure they have the support they need.”

Image: chanceprojects under CC BY 2.0