Fancy floating around above the beautiful Isle of Wight this evening? (video)

Anyone watching the footage who has not been the Island before will surely fall in love with our incredible landscapes and coastal scenes. Well done Seb Godsmark on yet another great video from the skies. 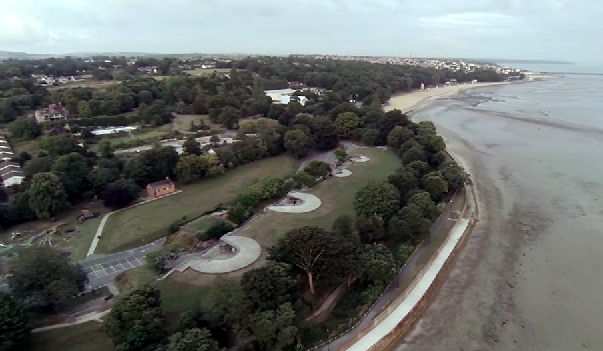 Liz Earle are the latest to see the benefits of filming from the skies.

Seb Godsmark, who OnTheWight featured several times last year, has created yet another fantastic film, showcasing some of the very best bits of the Isle of Wight for a new Liz Earle promotion.

Great footage
Seb’s quadcopter starts off at St Catherine’s Lighthouse on the southern tip of the Island, moving west to Compton and then across to Newtown Creek.

Ventnor does well out of the footage, with the Haven and Botanic Garden featured as well as Steephill Cove.

Up next to Appley, then East Cowes to Osborne House and finally onto the Liz Earle HQ in Ryde.

Anyone watching the footage who has not been the Island before will surely fall in love with the incredible landscapes and coastal scenes.

3 Comments on "Fancy floating around above the beautiful Isle of Wight this evening? (video)"

Wonderful video. I know i complain quite a bit, but i truly wouldn’t want to live anywhere other than the Island.

Magical, thank you for sharing.

Ohhh yes, we are so lucky, living on this fair green untethered isle.
Thanks for sharing.